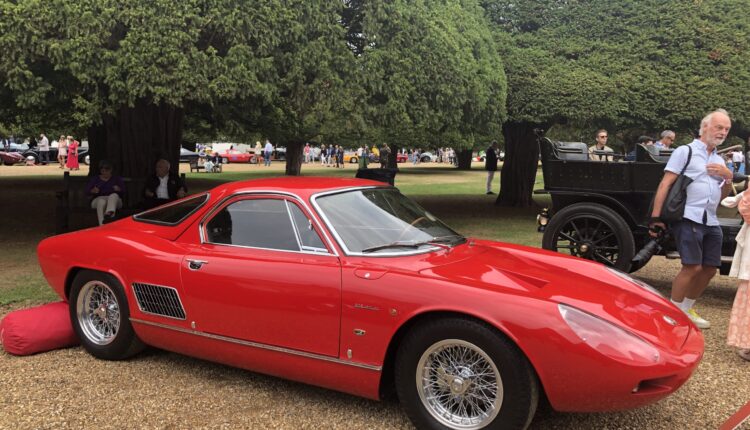 In terms of office-based tiffs, very few can have had such an impact on the automotive world as Enzo Ferrari‘s infamous falling out with key members of his eponymous empire.

Staff relations had been fractious for some time prior to November 1961, but came to head over the influence of Enzo’s wife, Laura, in the company.  Sales manager Girolamo Gardini, manager Romolo Tavoni, chief engineer Carlo Chiti and development boss Giotto Bizzarrini issued a written ultimatum demanding her removal. Enzo fired them.

The ousted party soon set up a new company – Automobili Turismo e Sport, or ATS, funded by one of Ferrari’s most treasured customers, Count Giovanni Volpi’s Scuderia Serenissima.  The 2500GT was the resulting road car – it had a mid-engined 2.5-litre V8 courtesy of Carlo Chiti and a chassis honed by Bizzarrini.  The styling was courtesy of Franco Scaglione, and the body was crafted by Allemano.

This example is chassis 2004, and its first registered owner, Bruce McIntosh, bought it along with a spare 2.5-litre engine in around 1966.  McIntosh unfortunately damaged the car, requiring the replacement of the damaged nose with a factory-built component. This work was performed in England by Grand Prix Metalworks, owned by Carl Rosner.

McIntosh sold the car to Rosner, who never really completed the car until the time he decided to sell it, in 1971.  It is believed that the car was then briefly in the hands of an unknown enthusiast before being passed to Norbert McNamara, a Californian racer and collector, who already owned ATS chassis 2001, which had been converted to Chevrolet power. He bought chassis 2004 because it came with a spare engine that originally powered his own car.

After McNamara’s death the ATS underwent a two-year mechanical restoration in Costa Rica, completed in time for the 2008 Modena Cento Ore classic rally.  After the event, the car returned to Costa Rica and was completely dismantled, with everything rebuilt as new.

Koni rebuilt the dampers, and a new clutch disc was located, while new custom gaskets and rebuild kits for the rare dual-throat 38 IDM Weber carburettors were supplied by Pierce Manifold.  A set of special transmission gears were fabricated by the same company that produced the gears for the McLaren F1.

What a beautiful looking car, a rare car and we love it. We hope you love it to.

Pete Davidson allegedly had ‘his hands all over’ Emily Ratajkowski during Brooklyn date: Report – Socialite Life