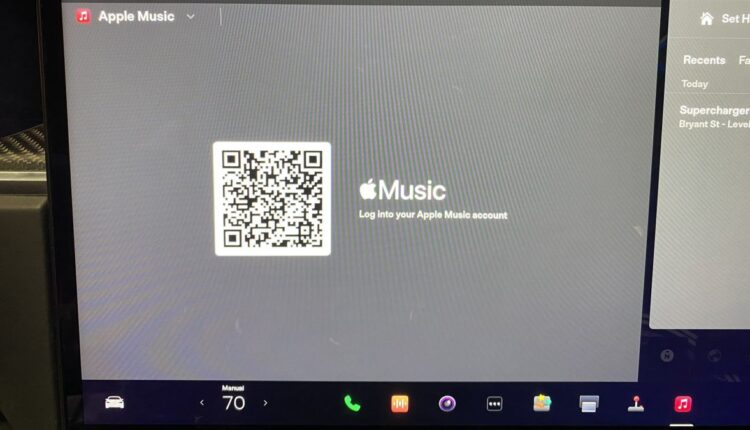 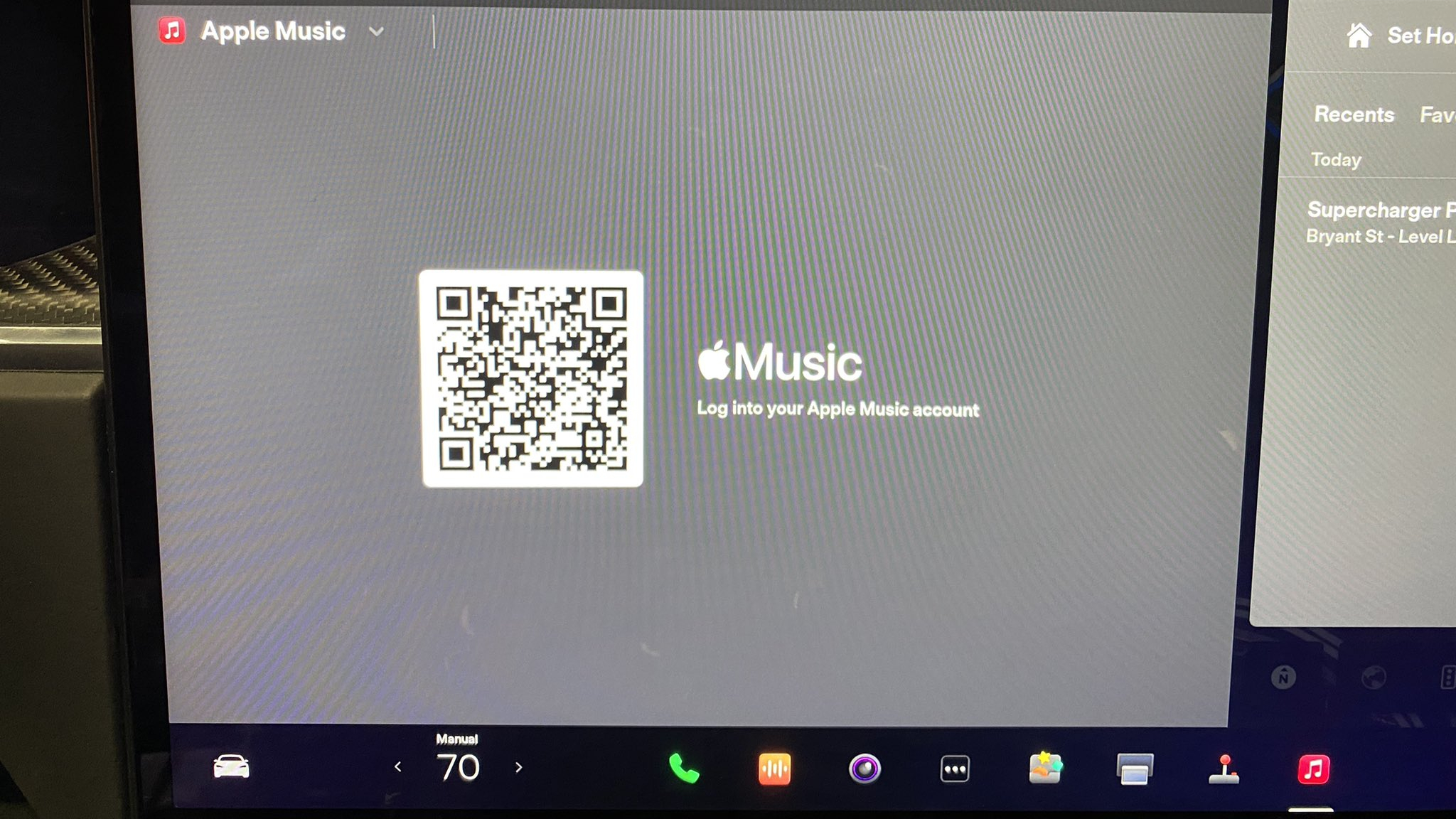 Apple Music shown running on a working Tesla at an exhibition this weekend is our surest sign yet that support for the service may be coming.

The “leak” comes from an actual working Tesla on display at the Petersen Automotive Museum, which is holding an Inside Tesla exhibition that started Sunday and ends next year.

Attendee Aaron Cash took to Twitter to reveal shots of Apple’s music streaming service running on a Tesla, in what could be our surest sign yet that the service may be on the way.

Cash shared images of both the Apple Music icon and a shot of the app running on a Tesla’s infotainment console. It shows the standard Apple Music QR code log-in that would let you connect your Tesla to your Apple Music account.

As noted by Not a Tesla app, the vehicle at the event, a new Model S, was running Tesla’s 2022.40.50 operating system, which hasn’t yet been released. That report notes Tesla is integrating Apple Music into its own music player, rather than running an Apple Music app. This means it will have a similar UI to current music offerings, but could limit features.

We just confirmed this with an employee. This was in fact, a purposeful Easter egg found at the Peterson. They stated it would either come before the holiday update, or wait to be implemented as part of it.(Thanks @aaronjcash for bringing this to our attention!) https://t.co/50mcc2qUToNovember 20, 2022

Teslascope says that it confirmed the upcoming feature with an employee, and says the Apple Music easter egg was left on purpose at the exhibition. According to that outlet “it would either come before the holiday update or wait to be implemented as part of it.”

That means Tesla support for Apple Music could be just a couple of weeks away.

Apple is reportedly working on its own electric vehicle that could rival Tesla, known internally as Project Titan. The Apple Car will reportedly be a premium, autonomous electric vehicle with a hefty price tag, however it is still years away and may never see the light of day.