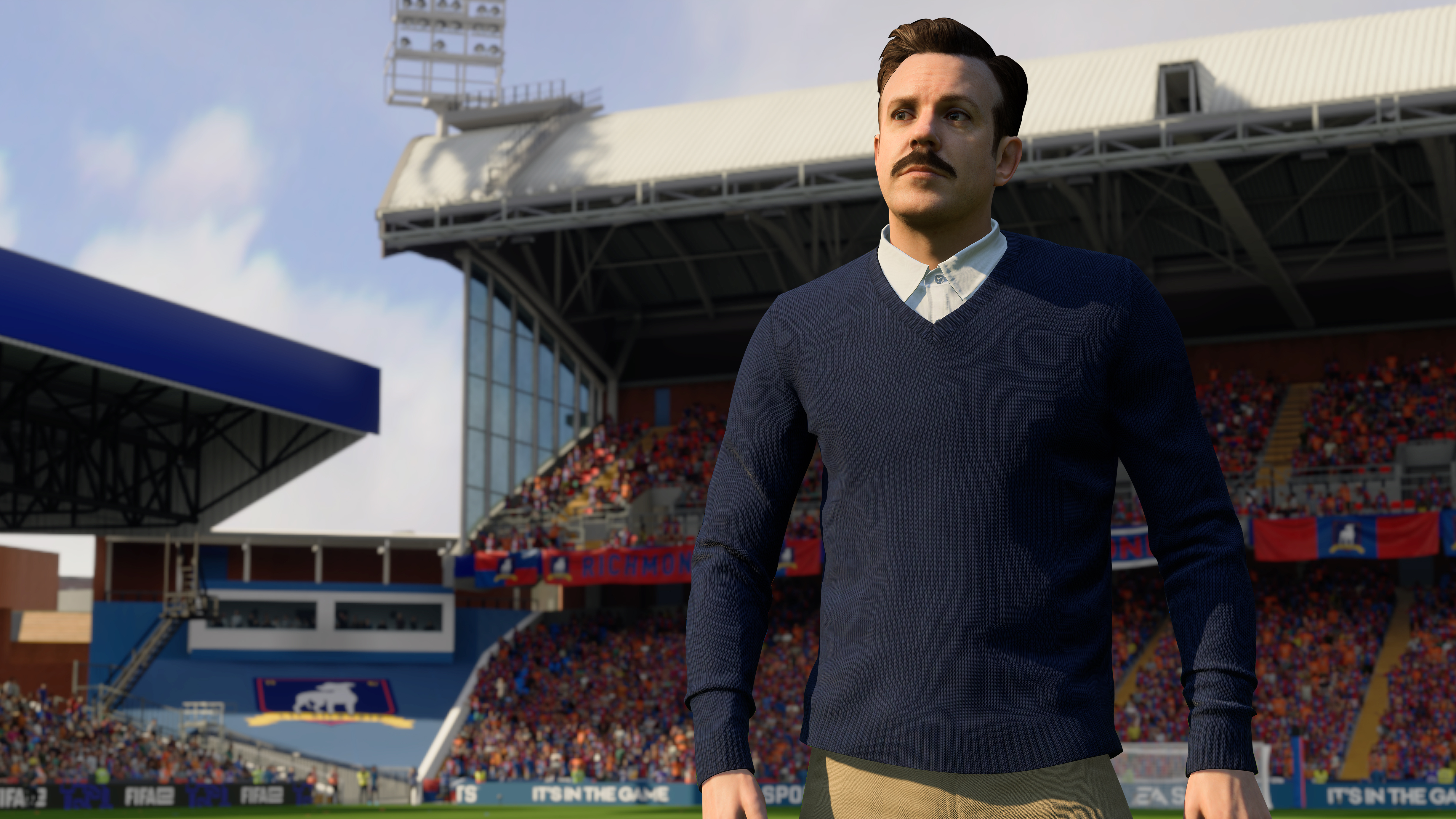 AFC Richmond will be available in Career Mode, Kick-off, Online Friendlies, and Online seasons. There will also be AFC Richmond items for FIFA Ultimate Team and Pro Clubs including kits, tifos, manager items, and more.

Sudeikis said he considered the announcement among the best of the many special moments in his career. ““As long-time fans of EA SPORTS FIFA, having Ted Lasso and the whole AFC Richmond squad incorporated into the newest version of the game is truly a dream come true for myself and the rest of the fellas,” he stated.

The AFC Richmond addition to Ted Lasso will include players roy Kent, Jamie Tartt (do do do do do do), Sam Obisanya, and Dani Rojas as well as home stadium Nelson Road.

VP of Brand for EA SPORTS FIFA David Jackson hailed Ted lasso as a “cultural phenomenon” that brought the passion of football and the power of belief to life for millions of fans across the globe, and said the company was thrilled to welcome Lasso and AFC Richmond to the game.

The Apple TV+ show remains the company’s biggest hit on its burgeoning streaming platform. Apple TV+ is available on all of Apple’s best iPhones, iPads, Macs, and the best TVs for Apple TV.