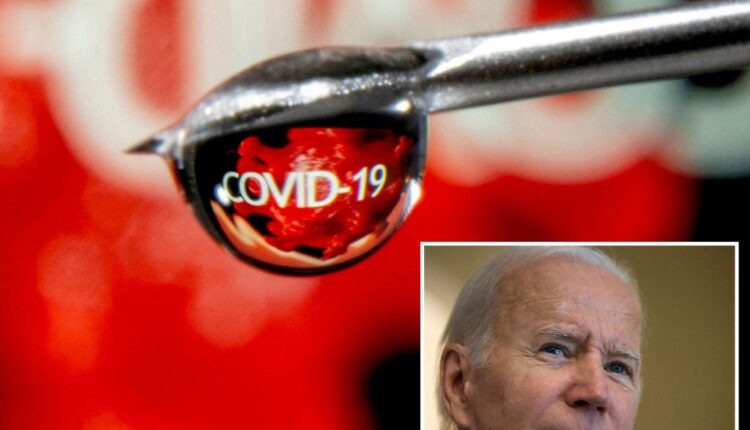 It’s official. Despite President Joe Biden’s recent admission that the pandemic is over, his team will extend the COVID-19 public-health emergency through at least April 11, 2023. This has nothing to do with any emergency — it is to allow the administration to extend pandemic-era policies that expand the welfare state.

Biden — in one of his unguarded, truth-telling gaffes — was correct: The pandemic emergency phase is over. New COVID cases began to decline in late July and have been relatively stable over the past month; new COVID hospitalizations have been steadily falling since late July; the percentage of emergency-department visitors diagnosed with COVID hasn’t been rising; COVID death rates have been dropping since August.

And vaccines and therapeutics are readily available, so available in fact that millions of doses are going unused.

Extending the emergency is aimed at keeping as many people as possible dependent on Medicaid — the federal-state health program that covers more than 1 in 4 Americans — even though large and growing numbers of beneficiaries are ineligible.

After declining in the two years before the pandemic, Medicaid enrollment grew by an estimated 19 million (more than 26%) between February 2020 and July 2022 because states can no longer assess and remove ineligible enrollees.

Under normal circumstances, states periodically redetermine Medicaid recipients’ eligibility to account for changed circumstances such as new employment, altered family status and increased income. The promise of a 6.2% temporary increase in the federal government’s share of total Medicaid costs enticed states into forgoing this process. As a result, they face the prospect of weeding out more than three years of ineligible beneficiaries.

The Urban Institute predicted nearly 16 million people could be cut from Medicaid rolls if the emergency ended after 2022’s third quarter. But Team Biden just confirmed it will renew the 90-day extension that expires in January, so the number will undoubtedly be higher.

Groups like Families USA (a long-time advocate of Medicaid expansion) and nursing-home trade associations like the American Health Care Association and the National Center for Assisted Living (whose 14,000 members derive huge revenue from Medicaid) pressured the administration to extend the emergency, ostensibly so states can prepare for the unprecedentedly large Medicaid eligibility redeterminations that will start once it’s over. These groups also raised the specter that some people will lose health-insurance coverage.

But states have long been aware of the impending problem — they’ve been expressing concern for more than a year about the redetermination backlog that grows with each emergency extension.

States will have ample time to complete the process: The Centers for Medicare and Medicaid Services has advised them they’ll have 14 months after the emergency ends to process ineligible recipients, with no consequence for taking longer. And the CMS guidance includes extensive procedural protections for enrollees.

Some people will undoubtedly lose Medicaid coverage, but that is the point of making eligibility determinations — to ensure those receiving public benefits are actually eligible for them. Nearly all those who lose Medicaid will be able to obtain alternative coverage through the heavily subsidized ObamaCare marketplace or employer plans, coverage that is far superior to what Medicaid provides.

The administration prefers keeping people on a government-run program. It’s extending the public-health emergency, though even the president knows it is clearly over, to expand Medicaid to cover those who aren’t even eligible.

This is the same administration that’s expanding government health programs like Medicaid and Medicare to cover nonmedical, “health-related social needs” such as food and housing. This stealth expansion of the welfare state has got to stop.

Joel Zinberg is a senior fellow at the Competitive Enterprise Institute and director of the Paragon Health Institute’s Public Health and American Well-Being Initiative.