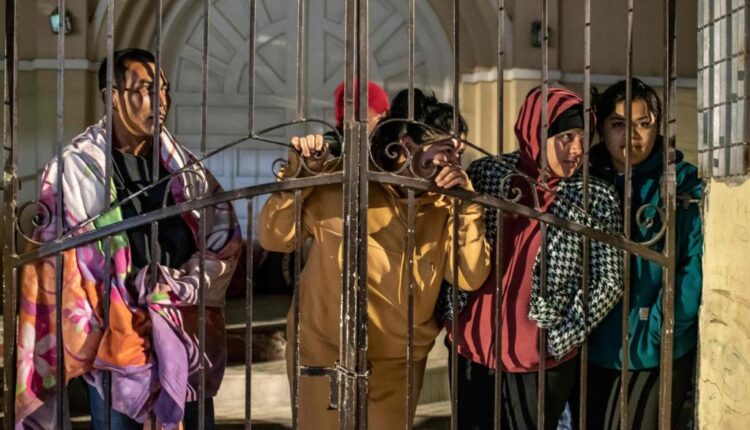 Homeland Security Secretary Alejandro Mayorkas this week again told Congress, “yes,” the border is secure, “and we are working day in and day out to enhance security.” We do not think that word means what he thinks it means.

And the impending end of Title 42, which Team Biden has used to expel more than 1 million of the 2.4 million migrants that the Border Patrol “encountered” last fiscal year, is sure to add to the chaos. The surge is expected to rise to 18,000 a day, or over 500,000 a month.

Even now, the waves have border security hopelessly overstretched, with perhaps half a million illegal migrants a year seen but not “encountered” by Border Patrol — meaning they made it in with no screening at all.

And it’s not just migrants. At the same hearing, FBI chief Christopher Wray admitted, “We see significant criminal threats coming from south of the border — whether it’s guns, drugs, money, violence.” Drug cartels are in overdrive, with fentanyl smuggling out of control.

Wray pointed to a single “vehicle interdiction” in Phoenix that stopped “enough fentanyl to kill the equivalent of the entire state of Pennsylvania.” But lots more is getting through.

Month after month (with minor seasonal variation), the migrant numbers grow, hitting 230,678 encounters in October. And that’s with more than a third being sent back to Mexico under Title 42.

Yet the administration plainly has no clue what to do now that the courts are ordering Title 42 to end (which is legally correct: It’s an emergency public-health exception to normal rules that Team Trump invoked during the pandemic, which is over).

The exit of woefully incompetent Customs and Border Protection chief Chris Magnus might bring marginal improvements, and we certainly get the GOP sentiment to impeach routine-liar Mayorkas (even though it’s hard to see the Senate actually removing him). But the core problem is plainly policy, not personnel.

That is: President Joe Biden refuses to do anything serious to stem the tides.

Fine, he’s made exceptions to get tougher on migrants from Venezuela and now Cuba, as well as Haiti, but the overall numbers still keep rising. “Don’t come — but we’ll probably wave you in if you do” turns out not to work.

Having made it through the midterms, Biden may think he can go on not caring. But the cumulative impact keeps growing, slamming ever more communities across the nation — and, again, the problem will soon double from its already-record levels.

This is a recipe for disaster: more border violence, more drugs, more shootouts like Thursday’s that killed one border agent and injured two more; potentially, the utter breakdown of overwhelmed towns — and a likely rise in ugly anti-immigrant sentiment.

The White House has to come up with a realistic Plan B — one that goes beyond gaslighting.