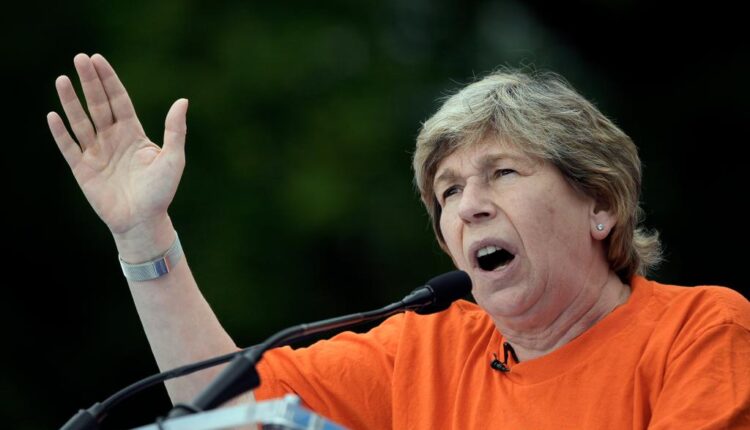 Yesterday, she phoned with: “I’m just back from the Ukraine.

“It was terrifying. Heartbreaking. I met teachers and students who were forced into basements to teach. Belongings, luggage, classrooms, desks, chairs all blown up. Little kids whose books, notebooks, papers, backpacks, blackboards, crayons, pencils and information all destroyed. They have absolutely nothing.

“Teachers told me in detail the unbelievable level of brutality. Schools destroyed. Books, records, information, histories, lessons all gone. These people understand what freedom means. They’re in a fight for freedom.

“After years of international work with long fights for public education, I now must be sure Ukraine educators are not abandoned. I must learn how to help them.

“I didn’t just go there on my own. I was a guest of the Ukrainian Teachers Union. The trip was OK’d by our State Department and we were given security.”

Admitting to the silver screen

Jessica: “It was intense. Even the compression when reviving someone. They taught it’s same rhythm as the song ‘Ah, ah, ah, ah, Stayin’ Alive.’ Doing those scenes I had to work hard not to lose my head going around.”

Redmayne: “We spent time with real nurses. Dumbfounding what they do. Like the physical capability of moving bodies. Besides the emotional intelligence there’s also being the conduit between doctors and families.”

Bad bedside manner has Redmayne killing patients and Chastain risking her life to expose him. It’s based on real nurse Amy Loughren who was present during filming. And says Jessica: “Daunting to play someone as they’re watching it. I remember looking at her while we were filming and thinking ‘I’m a fraud.’”

And for what’s up with our hopefully temp mayor’s city? It’s down. So bad that an East Side socialite in an A-1 district wrote her co-residents:

“Cellini jewelers was just robbed. It is in a high level area. Last night around 7 p.m. ish our door staff witnessed two muggings. One was three teenagers. The other: a kid riding the sidewalk on an electric scooter. Both occurred in a prime rent district.

“Let us approach other residential buildings to see interest in hiring security to patrol, on foot, as a visible sign of deterrence in our neighborhood.

“This sad state of affairs impacts the safety and quality of life of each of us including our children.”

May Jerk Adams read this en route to a camera covering his next cocktail party.

Now good news. Nicenews.com says “cooperation among strangers” increased since the ’50s. From 1956 to 2017, 63,000 took part in some 500 studies and the team found “a slight increase in cooperation.” If any were Democrats I’m not sure.

After relinquishing princely duties, word is former HRH Andrew will next spend time installing a Royal Confessional on his property plus two interns and a dry cleaner.