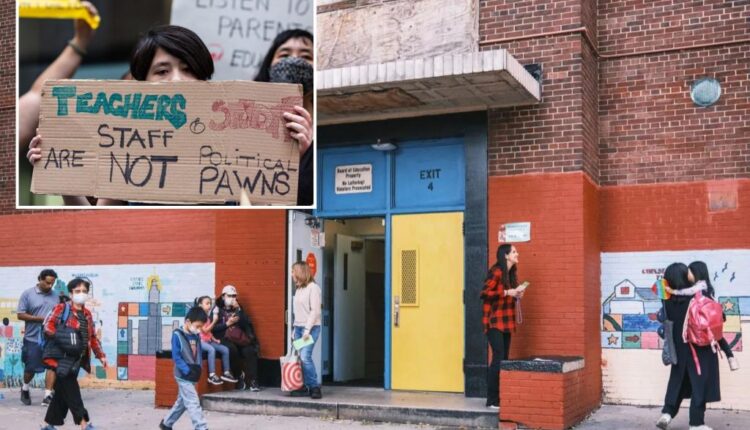 Join me in a thought experiment: Imagine that the head of the American Medical Association was asked about the devastating toll of the COVID pandemic — more than 1 million lives lost, life expectancy dropping by more than two years, the lingering effects on Americans’ physical and mental health.

Now picture him arguing that it was really no big deal, that the health-care and public-health systems did the best they could and that anyone who says otherwise must hate doctors.

The country would be outraged and rightly so. Yet that’s exactly the kind of message that the nation’s teacher-union bosses have been selling. Americans shouldn’t buy it from them, either.

The federal government released the latest test scores from the Nation’s Report Card Monday, and they are nothing short of catastrophic. Eighth graders performed particularly poorly in math, wiping out more than two decades of progress and equating to almost a whole year of learning lost. Catholic schools, which were much faster to reopen to in-person learning, were a rare semi-bright spot, holding steady in most categories despite the challenges of a global pandemic.

Education Secretary Miguel Cardona acknowledged that it’s serious: “I want to be very clear: The results in today’s nation’s report card are appalling and unacceptable,” he said. “This is a moment of truth for education. How we respond to this will determine not only our recovery, but our nation’s standing in the world.”

He’s right, of course, given reams of research showing a clear link between what students know and how much they will later earn — and what the country’s gross domestic product will be. Students who experienced lengthy school shutdowns in previous times — because of natural disasters or teacher strikes — were economically scarred for life. That could happen to our own children.

Yet you wouldn’t know it from the lackadaisical responses to learning loss from teacher-union leaders. Most (in)famous were the comments of Los Angeles union boss Cecily Myart-Cruz. “There’s no such thing as learning loss,” she claimed. Furthermore, “it’s OK that our babies may not have learned all their times tables. They learned resilience.” The Chicago Teachers Union, meanwhile, calls learning loss a “contrived notion.” And Becky Pringle, head of the National Education Association, says she doesn’t use the term learning loss “because students are always learning.”

Such deflections aren’t surprising, given the large role the unions played in keeping so many schools closed to in-person learning — unlike systems in Europe and Asia. American Federation of Teachers president Randi Weingarten told her members to “scream bloody murder” if they felt unsafe returning to school. And scream they did. It was no surprise, then, that several of the jurisdictions that saw the steepest declines — such as DC, Maryland and New Mexico — also kept schools shuttered the longest.

No, unions don’t deserve the entire blame for keeping kids out of school or the score declines that resulted. The story was much the same in charter schools, few of which have unionized teachers. Some states that got schools up and running relatively quickly, such as Oklahoma and Ohio, also saw achievement go in the wrong direction. Even when in-person classes were available, many families chose to keep their kids at home. And particularly in communities where many residents were sick or dying, it’s hard to fault their decisions.

What’s not excusable, though, is for anyone in a position of authority to try to sugar-coat the terrible place we find ourselves in. We’re not going to do right by this generation of students with happy talk and political spin. It’s time for all leaders — including union leaders — to acknowledge that we have a big problem, and we’d better get busy working on solving it.

Michael J. Petrilli is president of the Thomas B. Fordham Institute and a visiting fellow at the Hoover Institution.

Why did President Biden just endorse the most radical trans madness?