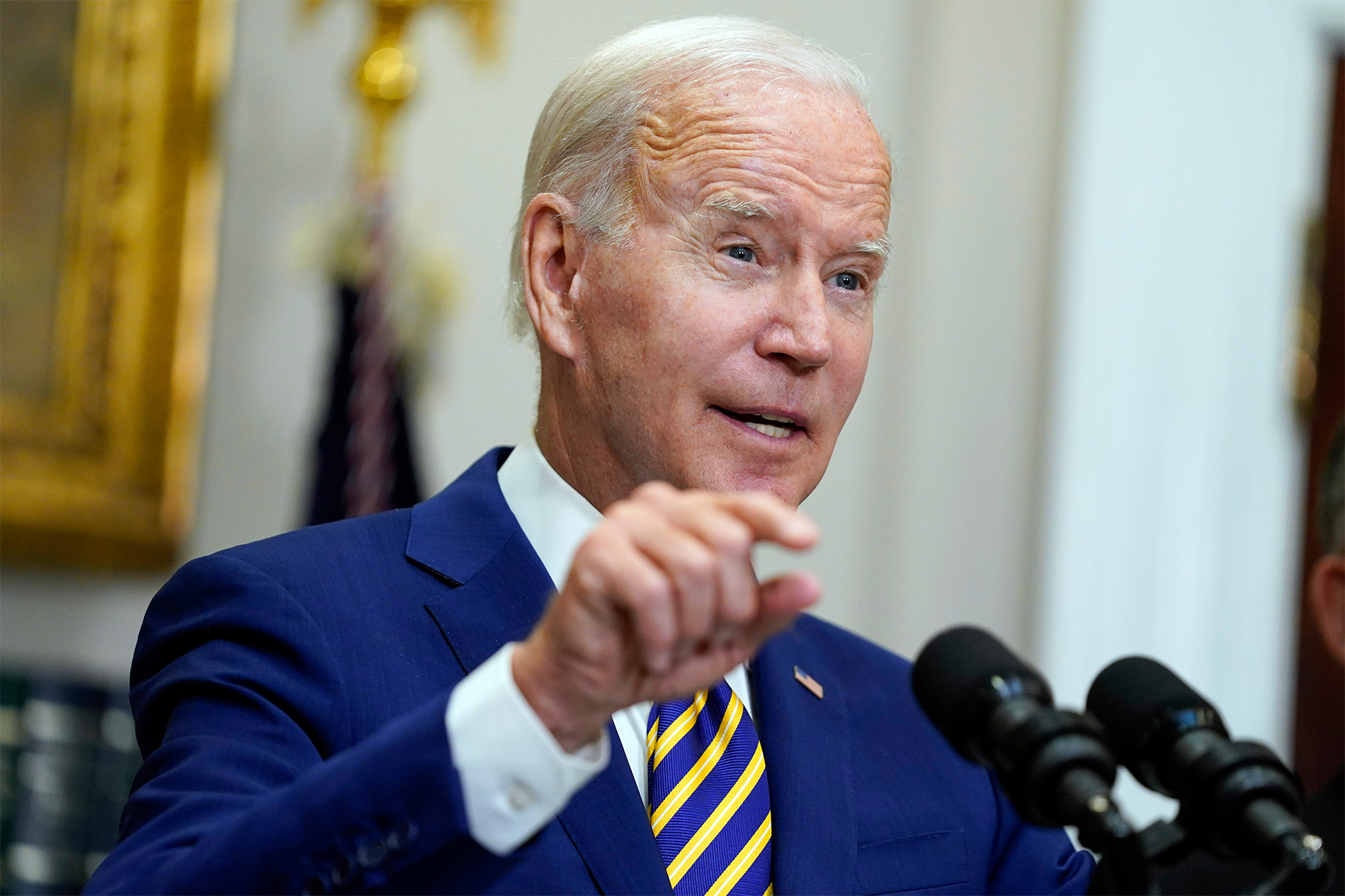 President Joe Biden’s pricey student-loan-forgiveness scheme is fresh proof of how little Democrats care about the rule of law and the Constitution, for all their noise to the contrary.

Last year, the Education Department admitted it lacks “the statutory authority” to forgive student loans on a “mass basis.” Speaker Nancy Pelosi, too, stressed that the president lacks “the power for debt forgiveness”; per the Constitution, it requires “an act of Congress.”

But now, after years of the left claiming they are the party of “norms,” Biden’s announced he’ll simply write off $300-plus billion owed Uncle Sam anyway.

Team Biden pretends the HEROES Act, passed in the wake of 9/11 primarily for military personnel, gives it the power to. Ridiculous. Especially since the “national emergency” that supposedly justifies using that act — the pandemic — is the same one the White House said has ended to justify scrapping the Title 42 order that allows illegal-immigrant deportations for public-health reasons.

It’s beyond cynical: Biden’s basically daring the courts to strike it down. If they flinch, he gets his way; if they don’t he still gets credit for “trying,” plus Dems get to scream about the “activist” courts.

It’s a win-win for the Democratic Party — but a lose-lose for the rule of law.

And this has become a habit for Democratic presidents. A decade ago, President Barack Obama told the left he lacked the power to unilaterally make immigration reforms: “I am not king. . . . We have a system of government that requires the Congress to work with the executive branch to make it happen.”

Yet a few years later he did it anyway, rolling out clearly illegal programs like his Deferred Action for Childhood Arrivals initiative (which is still being litigated). Team Obama similarly imposed a raft of environmental “rules,” such as the “Clean Power Plan,” later nixed by the courts.

Last year, Biden & Co. admitted that renewing the federal pandemic-era eviction moratorium was illegal, then went ahead anyway. The Supreme Court later struck it down, but the Dems got their policy imposed for several months.

Similarly, much of Biden’s “debt forgiveness” might be irreversible by the time the courts act.

And sometimes even the Supreme Court bends: The ObamaCare law had major constitutional flaws, but Dems spent a year warning that they’d wage political war on the court if it tossed the law — and Chief Justice John Roberts blinked, fudging the issue by claiming ObamaCare’s penalties for noncompliance were just a “tax.”

Truth is, progressives since Woodrow Wilson have despised the Constitution for getting in the way of what they want to do — though they become fans of such limits when Republicans hold power.

Which means that, until the Dems wake up and reject progressivism (not liberalism, which respects the rule of law), the only way to protect the Constitution is to keep them as far away from the levers of power as possible.