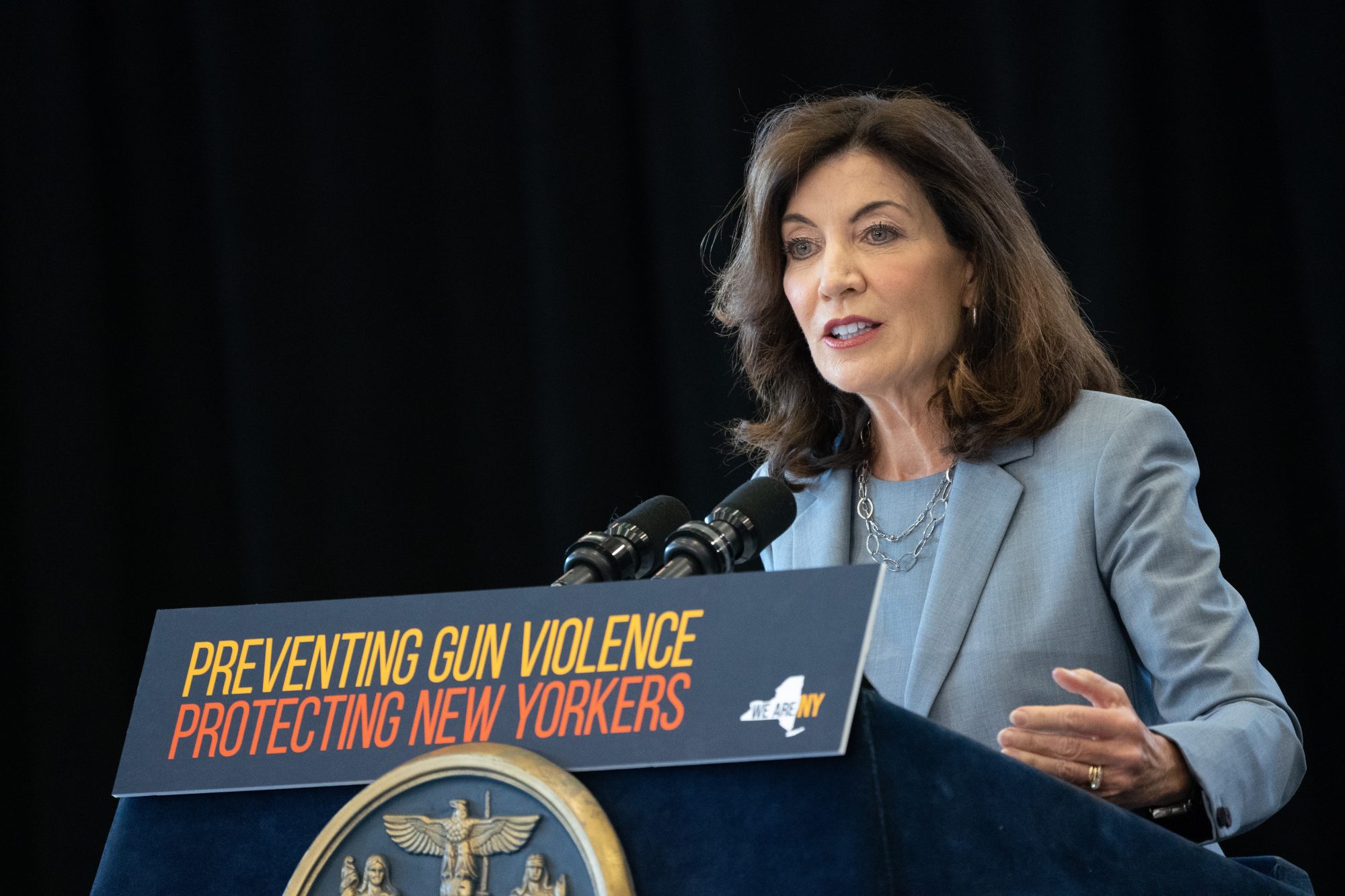 “Jump on a bus and head down to Florida where you belong,” Gov. Kathy Hochul hectored her opponent Lee Zeldin and other GOPers Monday night — implying her critics “are not New Yorkers.”

It was a clear echo of her disgraced predecessor’s 2014 announcement that “extreme conservatives … have no place in the state of New York.”

Yet it’s Hochul’s views that are out of line with what Empire Staters actually want.

The biggest disconnect: Crime. Poll after poll shows that New Yorkers from Manhattan to Niagara Falls hate the state’s disastrous criminal-justice reforms. A Siena poll earlier this summer showed 92% of New Yorkers see crime as a serious problem across the state (79% of black voters say it’s a very serious problem).

And Hochul, despite having done nothing substantive to fix the disastrous reforms, knows just how out of whack she is on the issue — hence her move to get sucker-punching sex offender Bui Van Phu arrested after he was let out by the soft-on-crime Bronx DA’s office and a weak-kneed judge.

On the economy, the other big issue driving voters, Hochul is utterly absent.

Our state unemployment at 4.4% is well above the national rate; our businesses are withering on the vine while Florida’s and Texas’ blossom. Her response? Signing a bill excising the word “salesman” from state law.

The vast majority of voters hate her Bills-stadium boondoggle. They ignore her MTA mask mandate. The list goes on and on and on.

Her critics are eminently commonsensical. They aim to fight crime by empowering cops and prosecutors and to stop strangling businesses with high taxes and soaring energy costs.

If wanting safe streets and a humming economy makes people into fake New Yorkers, the Empire State must be full of frauds.

Then again, the gov’s policies are doing all too good a job of driving those New Yorkers to move out.