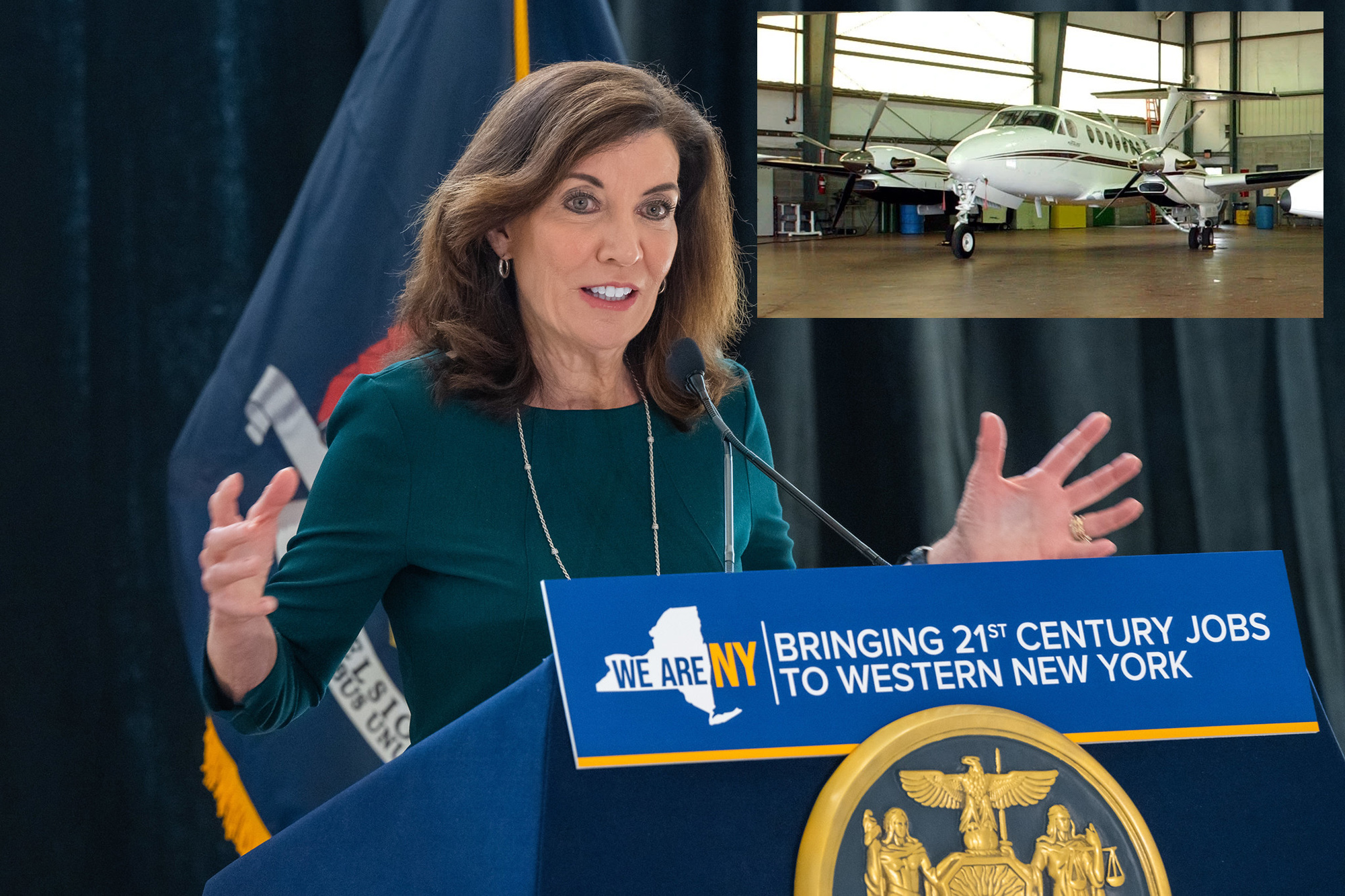 Why did the New York Power Authority even need its own plane in the first place? That was our first thought on reading of how Gov. Kathy Hochul’s office poached the aircraft. Sadly, it turns out to be yet more evidence of how the gov puts her own selfish interests ahead of anything resembling good government.

As we’ve noted, Hochul took 140 private-aircraft flights at taxpayer expense in just her first seven months on the job, zipping across the state to tap special interests for her huge campaign warchest.

Like her predecessor, she “kosherized” it by finding some day-job duty to handle on each trip. But it still left her on the road, not twisting arms in the Legislature toward vital goals like fixing the botched criminal-justice “reforms” that have done so much to send crime soaring statewide.

In this, she’s a marked contrast to New York’s last “accidental governor”: David Paterson successfully battled the Legislature into cutting spending and generally serving the public interest — goring so many oxen that his party’s powers-that-be refused to let him run to remain gov. (Sadly, that lesson pretty well explains why Hochul gave away the store in this year’s budget.)

All that said, we get why someone had the State Police grab the newer NYPA plane. (A State Police spokesman denies Hochul’s office had anything to do with it. Sure.)

A better jet can move her more rapidly and safely from fund-raiser to fund-raiser. And why not steal a perk that doesn’t even seem necessary from the folks enjoying it? Let ’em fly commercial!

Problem is, NYPA isn’t the same patronage sinkhole as the Long Island Power Authority (which has been burning taxpayer cash since the days of Gov. Mario Cuomo). It has an actual need for the plane: It oversees 16 generating plants all across the state, including one facility where the closest commercial flight is out of Quebec, as well as 1,600-plus miles of transmission line.

So: Sorry, gov. We wanted to cut you a break, but there’s still no excuse for any aspect of the Air Hochul scandal.