Still no ban on Congress’ stox trades, Xi a threat like Putin and other commentary 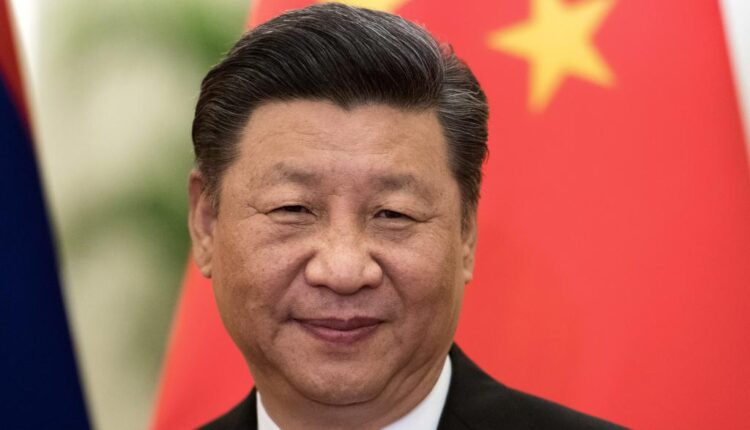 With Congress in recess ’til Nov. 10, “no unfulfilled priority is more baffling — both for its common sense and its broad public support — than the proposed ban on trading of individual stocks by members of Congress,” fumes MSNBC’s James Downie. It has strong support in both parties and voters love it, but Speaker Nancy Pelosi rejected a bipartisan bill, instead asking “her close ally Rep. Zoe Lofgren, D-Calif., to draft her own bill” in February — which she released “only last week” and would allow “fake blind trusts.” In all, “Democrats have wasted almost a year dawdling.” If they don’t “pass a robust stock trading ban before January,” then “what’s the point of having” majority power?

“With her luster dimming at home, New Zealand’s Prime Minister Jacinda Ardern is trying out her professional scold routine in front of a world audience,” snarks Reason’s J.D. Tuccille. In a UN General Assembly speech she “briefly acknowledged free-speech concerns, before waving them away as less important than the dangers of unregulated speech” and demanded “ ‘international rules, norms, and expectations’ comparable to those applied in weapons control.” And yes, “the United States government did sign on to” her speech manifesto “in May 2021”, as have “Amazon, Meta, and Google.” Ardern “appears to be preparing to move on to new projects in life” — but “you can be confident that politicians in many countries will be more than happy to . . . embrace any encouragement of tightened censorship.”

“I’ve known several older folks who were sharper at 80 than I was at 40,” quips Jon Gabriel at AZCentral, but “Joe Biden is not one of them.” Indeed, “it’s best not to think of this as a Biden Presidency, but a Biden Regency” — where “advisers run the show.” The prez “is surrounded with longtime D.C. power players, such as Ron Klain, Susan Rice, Anita Dunn, John Podesta, Gene Sperling.” It recalls “the confusing end of Woodrow Wilson’s presidency” when the First Lady and “a handful of confidantes covered it up and ran the country themselves” after Wilson had a stroke. “Historians will one day explain the Biden Regency more fully. But someone is running the country, and not very well.”

Xi Jinping, The Guardian’s Simon Tisdall notes, “looks set to be crowned de facto president-for-life at this month’s party congress.” As a result, he is “the most dominant, and most feared, Chinese leader since Mao Zedong.” This, though “many of Xi’s big policy initiatives have misfired, setting China back and damaging its international standing.” Yet: “Gone are the restraints of collective leadership as practised by predecessors Hu Jintao and Jiang Zemin. Gone too is the commitment to market reforms and openness championed by Deng Xiaoping. And also abandoned is Deng’s guiding principle of China’s steady, peaceful rise.” One observer predicts Xi “ ‘will continue to preemptively eliminate potential rivals and tighten social control, making China look increasingly like North Korea.’ ” Bottom line: Xi is a “Chinese communist megalomaniac” who’ll “possibly be more scary than land-grabbing, nuke-wielding Vladimir Putin.”

From the right: Joe’s the Bigger Fascist

When President Biden flagged Giorgia Meloni’s election as Italy’s prime minister as a sign democracy’s under attack everywhere, he was “leveling a direct insult at a foreign ally” who’d just “worked through the democratic process and won an impressive majority,” fume the Washington Examiner’s editors. Meloni’s “not a fascist in any meaningful sense”;” Biden’s insult of the European Union’s third-largest country without knowing anything about her “is just one more self-inflicted embarrassment upon himself and his country.” Ironically, it’s Biden who’s “doing what authoritarians frequently do”: citing a public incident (the 2021 Capitol riot) “as a pretext for an authoritarian crackdown against political opponents” and trying to “usurp congressional power.”

Little America is returning to Apple TV Plus on December 9

Hispanics are refusing to be ethnic-grievance voters, and that’s a huge problem for Democrats