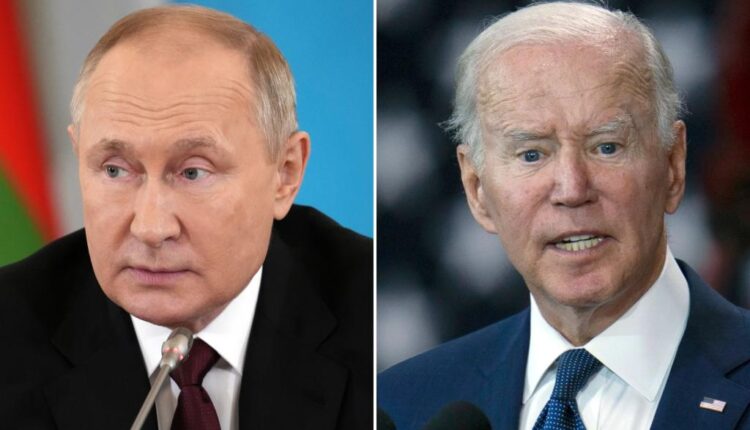 President Joe Biden’s mindless motor-mouth is now a bleeding national-security issue, as his off-the-cuff talk of nuclear “Armageddon” at a Manhattan fundraiser sows fear here at home while heartening Vladimir Putin that his tough talk is working. As bad, Biden’s musing about finding Putin an “off-ramp” suggests a willingness to (needlessly) betray Ukraine.

“We have not faced the prospect of Armageddon since Kennedy and the Cuban Missile Crisis,” the president reportedly said of Putin’s threats to use tactical nukes or chemical weapons to keep the Ukrainian territory he’s “annexed.” And he talked of figuring out a way for Vlad to not “lose significant power” in ending the war.

As a host of top US officials rushed to clarify, US policy doesn’t even envision a nuclear response to the use of tac-nuke on non-NATO soil, nor has anything on the ground fleshed out Putin’s threats. As for “off-ramp,” Finnish Prime Minister Sanna Marin had the right take: “The way out of this conflict is for Russia to leave Ukraine.”

Especially in more casual settings, but even in the midst of set speeches, Biden says whatever comes into his head. It’s been destructive since even before he said (pre-invasion) that Putin might get away with a “minor” incursion.

This is why the president’s staff does its best to keep him under wraps and far from the press. Clearly, if they value the nation’s interests more than their party’s, they should be cancelling any more fundraisers, too.

But they also need to clean up this latest mess. Maybe trot him out with a script that says, “The United States isn’t going to edge to Armageddon — we have plenty of other ways to make Putin pay a deadly price for going nuclear. And we’re not going to force Ukraine to appease the aggressor. Thank you, good night.”