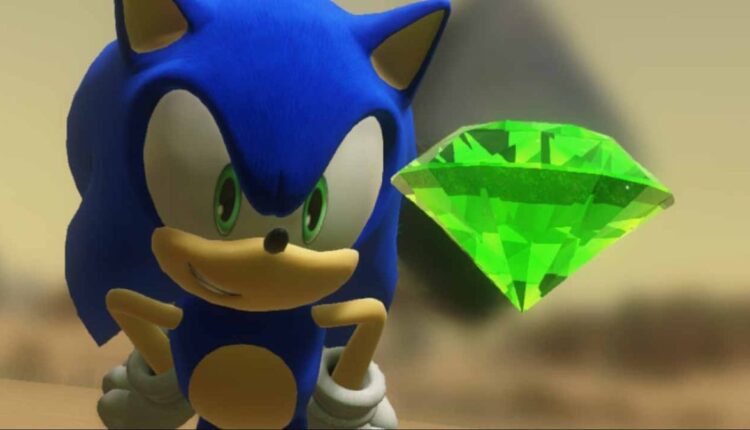 Despite the hedgehog’s long list of titles that amount to more misses than hits in recent years, I am always rooting for the Sonic Team and Sega to deliver a worthwhile experience. It took me roughly 25 hours, but I beat Sonic Frontiers on Switch and can say that it’s one of the hedgehog’s best 3D games in a long time, although it isn’t perfect.

The game opens with Sonic, Tails, and Amy flying on a plane toward the Starfall Islands. Suddenly, a strange Cyberspace event swallows the friends, but Sonic manages to escape back to the Starfall Islands. Now it’s up to the hedgehog to save his captured buddies. To do that, he must run around, explore large areas, dive into Cyberspace levels, collect items, and take down massive robots.

While Sonic Frontier’s overall concept and new direction are very good moves for the franchise, the Nintendo Switch version of the game has some bad visuals, and gameplay can get repetitive after a while.

Disclaimer: This review was made possible by a review code provided by Sega. The company did not see the contents of the review before publishing.

Sonic Frontiers‘ biggest pull comes from exploration being encouraged and rewarded. Sega calls this an “open-zone” game, and basically, what that means is Sonic can go to a few different islands, and each one of these large areas allows him to run around as if it was an open-world game. However, following a linear story, he must unlock each island one at a time.

On each island, there are important items to collect, including vault keys, memory tokens, Rings, small creatures called Koco, Seeds of Defense, and Seeds of Power. So even if the main objective waits on the far side of the map, it’s hard to ignore the desire to use one of the many springs, rails and boosts generously dotting each zone to go speeding off in a different direction. Many of these interactive objects can also help Sonic reach his destinations faster. The flip side is that some rails fling Sonic in the opposite direction of where it looks like they go. Still, since there’s usually a helpful reward waiting at the end of a path, getting diverted isn’t typically frustrating.

Each time Sonic collects Seeds of Power and Seeds of Defense, he can take them to a stone figure known as Hermit Koco to trade them in exchange for bulking up his stats. Additionally, Sonic can increase his Speed level and Ring capacity by collecting small creatures called Koco and trading them with an NPC called Elder Koco. If players are thorough in collecting, Sonic can grow into a very powerful speed demon as the game progresses, maxing out each stat at level 99.

Sonic needs to defeat massive robots on each island to save his friends. To do this, he needs to acquire the Chaos Emeralds, which, when combined, turn him into the yellow Super Sonic. However, each emerald is locked up at various parts of the map and requires a certain number of vault keys to open. These keys are obtained by exploring the island or by using ruins to dive into Cyberspace levels and complete specific challenges, so there are plenty of objectives to focus on.

These Cyberspace levels are one of the best parts of Sonic Frontiers. They look like retro Sonic courses — for instance, the Green Hill Zone from Sega Genesis — but in 3D. Some are sidescrollers, some give players a camera view from behind Sonic as he runs, and others are a mix of the two camera angles. This helps provide a very different feel to the classic platformers.

Having a certain number of Rings by the end of the Cyberspace level, collecting all five Red Star Rings, or speeding through the level under a specific time limit can unlock vault keys. So there’s plenty of reason to return if these challenges aren’t completed on the first playthrough. Unfortunately, as much as I loved the Cyberspace levels, there isn’t a lot of variance between them, so after a handful of them, it starts to feel like the same thing over and over again.

Another game to fish in!

While exploring, I was excited to find that each island also has its own ruin that leads to a fishing minigame run by Big the Cat rather than a Cyberspace level. It’s easy to fish as it just requires tapping A at a particular time and rewards you with some very different catches. Not to mention, it’s a more relaxing way to earn vault keys and memory tokens than the usual speedy gameplay.

While not negative in any way, some of the features implemented feel half-baked. For instance, Sonic has an energy wheel, but it doesn’t affect gameplay much since he regains energy fast, even if he goes over the limit.

There are also small puzzles dotting each map, and while some are enjoyable, others feel like unnecessary, simple tasks to keep players busy. For instance, making Sonic run like a hamster in a wheel until a certain amount of power is built up. Another thing I don’t like is that completing these puzzles unlocks part of the map, but instead of clearing whole sections, random blocks within an area are cleared. This doesn’t do much to give players a clear idea of an island’s layout until enough of the island has been cleared.

Another thing I don’t like is that Sonic can’t fast-travel through these large islands unless he completely unlocks an island’s entire map first. In my case, by the time I unlocked fast-travel on any map, it usually wasn’t helpful anymore since I’d already completed everything I had passed. But, of course, that experience could be different for every player.

The Switch version of Sonic Frontier has some big shortcomings compared to other platforms due to short draw distance and bad visuals. Textures look very messy and muddy compared to different platform versions. Still, the fact that objects and enemies only render when Sonic gets within a few feet sometimes makes for a frustrating platformer experience. I don’t even know how many times I slid on a rail and flew in the air without seeing anything to grab, only to see another object with a quick time event icon render before I plummeted to my death. As you can imagine, this makes platforming at high speeds difficult in some places.

Then there’s the issue with the camera and controls. There are several areas in the overworld or within Cyberspace levels where the camera moves from one position to another to show Sonic off at a certain angle. Unfortunately, the controls get all wonky in the process and can lead Sonic to move in ways players can’t predict. For instance, I might be pushing right on the joystick to make Sonic move right when a sudden camera change makes Sonic fly at a different angle and off a platform.

Sonic Frontiers: Should you buy it?

Sonic Frontiers is a fun adventure to sink your teeth into, whether you’re already a big Sonic fan or not. The “open-zone” exploration is fun; there are plenty of things to collect and challenges to complete to keep you entertained.

However, it’s good to note that the Switch version has some visual deficiencies compared to other platform versions. Details in the environment aren’t rendered much farther than where Sonic is, so it’s sometimes hard to gauge where another platform or quick-time event is waiting for him. Additionally, including retro Sonic levels made in 3D is fun, but they get repetitive after a while. But overall, Sonic Frontiers is a fun adventure and by far one of the best 3D Sonic games in recent years.