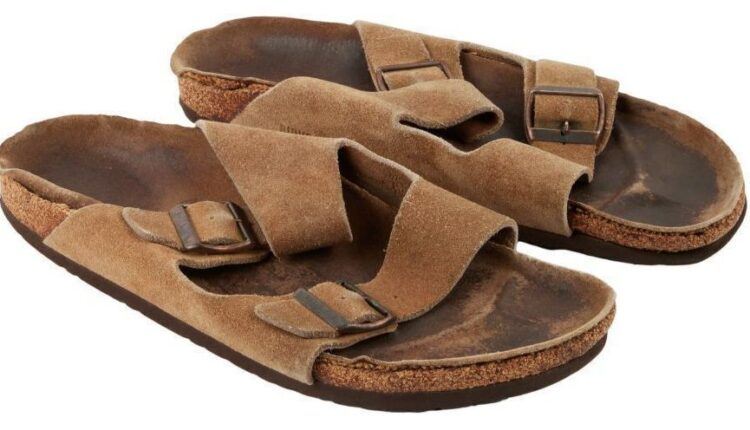 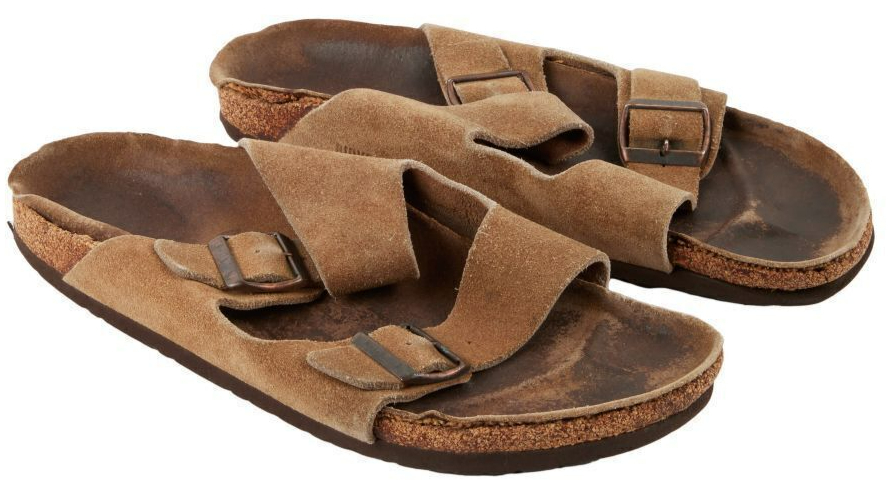 A pair of brown suede leather sandals reportedly owned and worn by Steve Jobs has sold at an auction for an eye-watering $218,750.

According to the listing, the sandals were owned and worn by Jobs in the 70s and 80s and were previously owned by Jobs’ house manager Mark Sheff. Sheff says that he acquired the sandals and other items from Jobs because Apple’s founding father didn’t like to keep things.

According to Sheff, Jobs may have even made his own sandals in the 1970s. The listing says Jobs wore the sandals “during many pivotal moments in Apple’s history” including the beginnings of Apple in his family Los Altos garage with Steve Wozniak. Jobs’ ex-partner and mother of his child Lisa said the sandals were “were part of his simple side. They were his uniform. The great thing about a uniform is that you don’t have to worry about what to wear in the morning.”

The sandals as seen here have been displayed at multiple exhibitions in the U.S. and abroad in Germany and Italy. The Sandals were described as “well used” but intact, and feature their original Birkenstock adjustable buckles and stamping. The footbed still has the imprint of Steve Jobs’ feet and the soles show signs of heavy wear.

Original and unique Apple memorabilia often fetch high prices at auction. Last month an original factory-sealed iPhone sold for over $39,000. A historic Apple-1 prototype board that was damaged sold at an auction in August for a whopping $677,000.

The sandals lot also comes with a presumably worthless “exclusive NFT”, a 1-of-1 360-degree digital representation of the sandals stored on the blockchain.

You can find plenty of Apple gear this Black Friday for decidedly less than $200,000…

Casino winnings where the car was raffled off

Contract of Agency | The Last Word