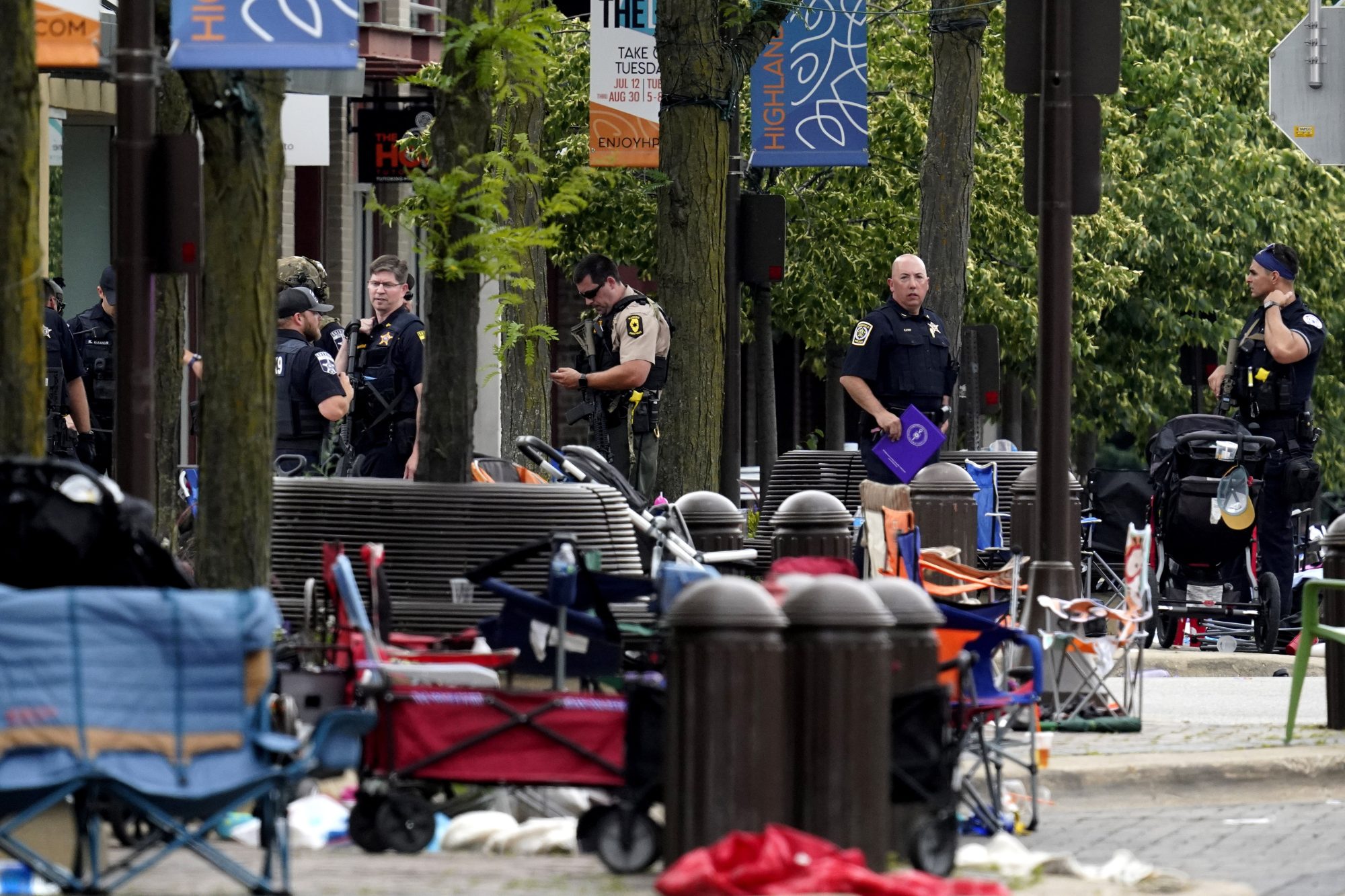 The mass shooting at the Fourth of July parade in Highland Park, Ill., will no doubt “spur another round of arguments about gun control,” predicts National Review’s Jim Geraghty, “but many of us who don’t hang around angry young men are left wondering”: “How many guys like this are out there?” How many social-media accounts feature “long trails of tributes to mass shootings and public killings,” as person-of-interest Robert Crimo’s did, per NBC News? And how many posts “along those lines does a person have to publish before the company that operates the social-media platform contacts law enforcement?” It sure puts the suspensions of parody sites, like the Babylon Bee, “in perspective.”

From the right: Roe Won’t Save Democrats

Don’t expect the Supreme Court’s Roe decision to boost “the sagging political fortunes of the Democratic Party,” quips Collin Reed at Fox News. Sure, “the topic provided a conversation changer from $5 gasoline and soaring inflation,” but that’s not likely to last. After all, Biden’s “presidency is on the brink of unraveling.” His approval rating “hit a new low of 38%,” with his legislative agenda “hopelessly stalled.” And “America is in a rut. An Associated Press survey showed 85% of adults believe the country is headed in the wrong direction” — and it’s easy to see why, with inflation at record highs. Americans are “voting with their feet,” with “more than one million voters across 43 states” switching to the Republican Party. Dems better “brace for impact.”

“Sensitivity readers,” the “people hired by writers and publishers” to make sure material is “inoffensive,” thunders Nick Gillespie at Reason, require “an Orwellian or Huxleyan euphemism” because “in a culture that rightly champions free expression, assimilation, class-race-and-gender mixing, and empathy” their oversight “threatens to choke off work.” The “case against cultural appropriation,” for instance, “is based on mistaken beliefs that only certain people can legitimately represent certain points of view.” These people make up a “thought-police goon squad enforcing strict parameters on what we can think and say” and are “part of the apparatus” that’s producing “a world in which children especially are seen as incapable of processing even the smallest problem without suffering long-term, major damage.”

Eye on the economy: Bumpy Landing Ahead

“Major moments in markets tend to come with some sort of gimmick to explain them,” notes the Financial Times’ Katie Martin, and central bankers’ struggle with “inflationary overshoot” is no different. “The task” for Federal Reserve chief Jay Powell and fellow policymakers has “focused on landings: hard landings, soft landings, and bumpy landings in between.” How much space does “pilot Powell” have to work with? Well, a “soft landing is becoming a distant dream” as a “short, narrow runway” looks to be “surrounded by shark-infested waters and beset by hurricanes.” Even Powell last week “effectively told passengers to brace for a rough ride.” If you’re hoping “central bankers will rescue your portfolio after a dreadful first half of the year,” think again. It’s “time to check for your nearest exit from the aircraft.”

“The most serious impediment” to federal action to protect abortion rights “is the Constitution,” law prof Thomas Molony points out at The Wall Street Journal. It’s “silent on abortion” but “speaks clearly about the limits on congressional power.” And though the commerce clause is sometimes cited to justify action on national abortion-protection laws, “it has limits.” Federal abortion-rights legislation “would impermissibly encroach on a state’s prerogative to define what is criminal within its borders,” whether for “a nationwide ban or lesser restrictions.” The Supremes once reminded President Franklin D. Roosevelt that federal officials “are not at liberty to transcend imposed limits because they believe that more or different power is necessary.” As “Biden said about the Covid pandemic . . .‘There is no federal solution.’ ”

The most useful amiibo for Legend of Zelda: Breath of the Wild