Should you get an iPad or a drawing tablet? 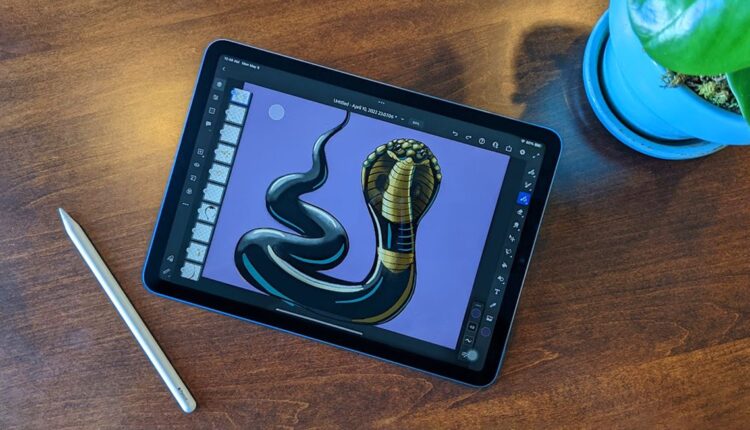 Digital drawing, architecture, and graphic design have all become incredibly convenient in recent years with wireless graphics tablets and advances in tablet technology. The current state of the iPad specifically, has made it so many artists are gravitating more and more towards iPads for their daily use. The dilemma has become, should I get an iPad or a drawing tablet? In all honesty, the answer depends on how you plan on using it. In some cases, it truly is convenient to have both.

Not sure if you need an iPad or a drawing tablet? Let’s dive in and see what works best for your needs.

So what exactly are the differences between an iPad and a drawing tablet? While there are similarities, they both offer very different pros and cons. Well, obviously iPads are general-use tablets that tie into the Apple ecosystem, allowing you to check emails, do online shopping, access apps, and much more. This makes it a helpful device both with drawing and anything outside of your art projects. However, you must purchase the Apple Pencil separately, as it is not included in the purchase of an iPad.

Drawing tablets on the other hand, must be connected to a computer to function (unless you have a standalone computer tablet). Typically purchasing a drawing tablet nets you a pen in the purchase, so you don’t need to buy one separately. Depending on the settings on your computer, you can use a tablet like a mouse to access other programs and software on your computer.

iPads have some of the best pressure sensitivity of any tablets on the market. Open one of the best drawing apps for iPad and combine that with the awesome Apple Pencil (sold separately), and you’ll be making awesome art in no time.

If you’re going to go the touchscreen tablet route for drawing apps, you need to go iPad. In my experience, Apple’s iPads have better pressure sensitivity than most Windows or Android tablets, though I should mention that it’s not anything near the pressure sensitivity levels offered by drawing tablets. But many people find iPad/Apple Pencil sensitivity to be more than enough for their drawing preferences.

There are plenty of drawing apps out there to use too. In fact, Adobe not only makes versions of their software specifically for iPad, such as Photoshop for iPad, Illustrator on iPad, and the free app Adobe Fresco but the company also tends to prioritize updates for iPad more so than any other touchscreen tablet out there (even the Surface Pro). If you have an Adobe subscription on your computer, you’ll be able to access your compatible iPad work from your computer version of Photoshop or Illustrator and vice versa.

iPad apps tend to be more user-friendly than full-blown computer software but anyone who understands a program well enough can easily create impressive work from start to finish from an iPad. The compact size and mobility of the iPad allows users to work on projects wherever they are instead of requiring them to sit at a computer. If the artistic mood takes you while on a trip, you can whip out that iPad and have at it. As you’d expect, the finer details of how many options you’ll have and what brushes you can use are determined by the app you’re using.

Who should buy this: Anyone who wants user-friendly-yet powerful drawing software that they can take with them wherever they go. If you’re already in the Apple ecosystem, this is definitely the way to go.

Graphics tablets come with a stylus or pen with removable tips and have far more pressure sensitivity levels than iPads, allowing artists to have more brush stroke variation as determined by how hard they push the pen to the screen. These drawing tablets come in three forms:

Since drawing tablets interact with computers, it gives you access to more intensive drawing software than an app can provide. Drawing tablets can also have massive displays making it easier to work on the finer details of your work. However, the trade-off here is that drawing tablets aren’t nearly as portable since they either need to be connected to a computer or can be too bulky for easy mobile use.

Wacom is the big name in the drawing tablet world and as such, products by this company tend to be the very best you can buy, but also the most expensive. That being said, there are plenty of other brands that don’t cost as much while still offering powerful features and conveniences. Since these devices connect to computers, they are compatible with far more programs since you’re not at the mercy of a simplified drawing app. Many graphics tablets also have customizable shortcut keys near the drawing area that you can program your most accessed commands to for easy use.

Who should buy this: People who need access to more intensive programs to make more controlled projects. If you’re someone who works professionally, you’ll likely want a full-blown drawing tablet. However, also having an iPad to work from when you’re away from your desk is a very useful and common practice.

Which Apple Pencil do I need?

As you’d imagine, this version has seen some really nice updates from the original. For one thing, it has a flat side making it easier to grasp in your hand, which gives you more minute control over your strokes. In addition to working better, it has a magnetic side that sticks to the iPad and can even wirelessly charge up that way. You never have to worry about cables.

The Apple Pencil has a rechargeable internal battery and is designed to respond to pressure sensitivity. It has a flat side for easy gripping and can even magnetically attach and charge to certain iPad versions like the 12.9-inch iPad Pro.

This version features a removable cap at the bottom that protects a lightning dongle. To charge it, you’ll either need to purchase a separate pen charger or stick it into your iPad’s lightning port.

The Apple Pencil has a rechargeable internal battery and can be juiced back up by plugging the lighting dongle into a lightning port.

So, you’ve decided on buying an iPad for your artistic needs, eh? With that being the case, these are the ones I recommend most, but you can also check out Best iPads for artists for more suggestions.

If you’re looking for something to test the digital drawing waters without costing you a fortune, this is the drawing tablet to go with. It’s inexpensive while offering plenty of features and conveniences.

Since it’s not the flagship iPad, this version costs less and makes a great budget buy. It comes in gold, silver, or space gray and you can choose whether to have 32GB or 128GB of internal memory.

Standing next to the most powerful iPads offered by Apple, this device offers plenty of conveniences and works with the new and improved Apple Pencil. Get in silver or space gray with either 128GB, 256GB, 512 GB, or 1TB of internal storage.

If you’re here, it must mean you’re leaning towards a drawing tablet. There are literally hundreds of options out there, but I have a few that I highly recommend:

If you’re just wanting to test the waters to see if this is even something you’ll like, check out the Huion H610 Pro V2. It’s a simple Pen pad that doesn’t cost very much but works beautifully. Many professional artists are content with this simple device alone.

If you’re looking for something to test the digital drawing waters without costing you a fortune, this is the drawing tablet to go with. It’s inexpensive while offering plenty of features and conveniences. There are 8192 levels of pressure sensitivity, customizable shortcut keys, and it’s wireless. Plus, it works with Mac (OS 10.12 and up), Windows (7 and up), and Android (6.0 or up).

With its 21.5-inch HD display and impressive 8192 levels of pressure sensitivity, the XP-Pen Artist 22E Pro can really give you the control you need over your projects. It even has 16 customizable shortcut buttons and comes with a rechargeable pen.

It features an HD screen so you can draw directly on your projects instead of staring up at a computer monitor. Plus it has 8192 pressure sensitivity levels, comes with an adjustable kickstand, and comes with a Wacom Pro Pen 2.

Now that you’ve determined to either go with an iPad, a graphics tablet, or both, you’re ready to start making some awesome art. Both the iPad and graphics tablets have their pros and cons, it’s just a matter of determining what your own preferences are.

Paper Mario: The Origami King — All 40 faceless Toad locations in the Temple of Shrooms