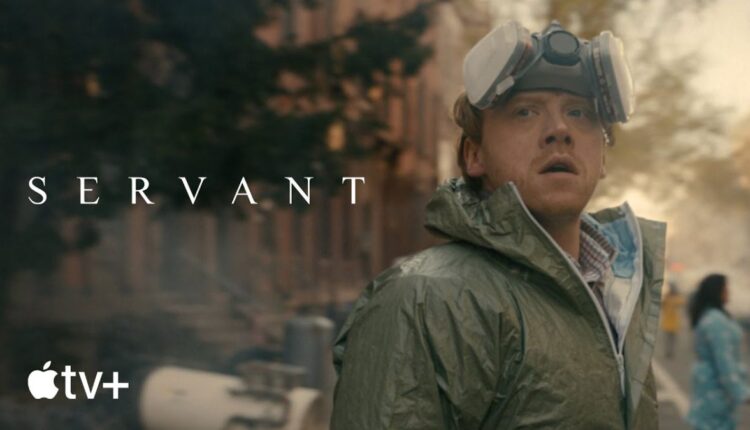 The fourth and final season of Servant is coming soon.

Today, Apple TV Plus announced that the fourth and final season of the unsettling horror/thriller series will premiere on the streaming service on Friday, January 13, 2023. The company also dropped a teaser trailer which, in addition to showing off some of the key moments from previous seasons, gave us a sneak peek of what is to come in the final season.

You can check out the official teaser trailer for the fourth season of Servant below:

What will the final season of Servant be about?

While we get hints as to what may happen in the final season of Servant, Apple TV Plus and M. Night Shyamalan are keeping their cards close to their chest. The writer/director has been building out this story over four seasons, so, as with any Shyamalan story, there are sure to be some twists and turns throughout and at the end of the series.

Apple TV Plus does say that the final season will continue to follow the story of the Turners as “Leanne’s war with the Church of Lesser Saints heightens, threatening Spruce street, the city of Philadelphia, and beyond.” Two of the questions that the last season seeks to answer are “who is Leanne Grayson and who is the child in their home?”

What is clear is that Lauren Ambrose, Toby Kebbell, Nell Tiger Free, and Rupert Grint will all be returning for the final season. We also know that it will be told throughout ten episodes premiering weekly until the series finale on Friday, March 17, 2023.

The fourth and final season of Servant will premiere on Apple TV Plus on Friday, January 13, 2023. If you want to enjoy the movie in the best quality possible, check out our review of the Apple TV 4K and our list of the Best TVs for Apple TV 2022.

Big bankers are betting wrong in heading to Hong Kong