Salman Rushdie is a free speech hero and other commentary 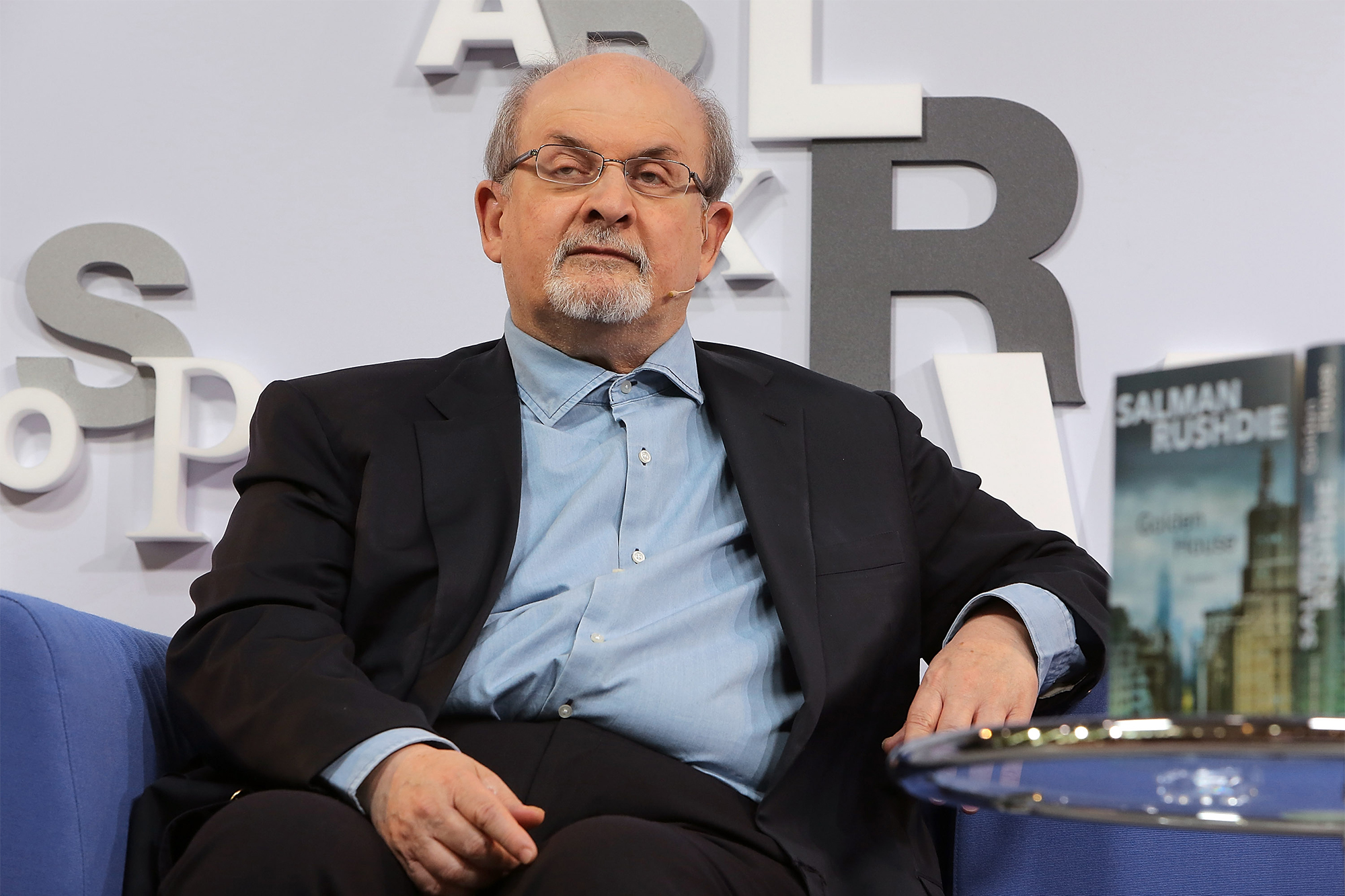 From the right: UK Wakes Up on Teen Transitions

“By the spring of 2023,” note National Review’s editors, “Britain’s state-run transgender youth clinic will shut its doors for good” after “an independent report concluded that it was ‘not a safe or viable long-term option.’” Yet “the United States continues to move full speed ahead with so-called gender-affirming care.” “Assistant secretary of health Rachel (formerly Richard) Levine vows to ‘support and empower’” those seeking such care as “gender clinics are becoming more numerous and brazen in their recklessness” and “clinical activists are doing everything in their power to obscure the truth” and “dismiss . . . the testimony of detransitioners (those who take transition treatments and then later change their minds).” But “the medical and moral consensus insisted on by the activists is revealed as a preposterous sham.”

“Environmentalists clamor for trillions of dollars” for clean-energy infrastructure, yet “few are willing to embrace an inconvenient truth: we’ve made it nearly impossible to build in America,” with a “regulatory framework” that goes “far beyond basic protection of the environment,” rails Christopher Barnard at RealClearEnergy. Under the National Environmental Policy Act, just the review process for the average infrastructure project takes 4.5 years and $4.2 million; 42% of all NEPA-backlogged energy projects are clean-energy ones. “Expanding energy production and reducing emissions” is impossible “if we can’t build the infrastructure to do so. Spending hundreds of billions” for clean energy is “pointless if the money is wasted on environmental impact statements, lawyers, and unnecessary bureaucracy.”

From the left: Rushdie Is a Free-Speech Hero

Salman Rushdie “has long defended freedom of artistic expression against all comers; now . . . he is a martyr to it,” thunders Margaret Atwood at The Guardian. “Freedom of expression,” “once a yawn-making liberal platitude,” “has now become a hot-button issue.” So to those “saying, ‘yes, but . . .’ about Rushdie . . . I can only remark that there are no perfect victims,” “no perfect artists” and no “perfect art.” “Anti-censorship folks often find themselves having to defend work they would otherwise review scathingly.” That’s “necessary, unless we are all to have our vocal cords removed.” No, “Rushdie didn’t plan to become a free-speech hero, but he is one now. Writers everywhere — those who are not state hacks or brainwashed robots — owe him a huge vote of thanks.”

“Days after Afghanistan’s fall to the Taliban in August 2021,” recalls Vox’s Jonathan Guyer, “a senior Biden administration official told me that the entire administration had let the president down.” President Biden’s minions “failed to anticipate how quickly the Taliban would overthrow the Afghan government and the undoing of the little progress made during two decades of America’s war.” Yet a year later, “it’s unclear who, if anyone, has been held accountable” for “bureaucratic” and “strategic failure” when “Biden’s team had eight months in office to plot a responsible drawdown.” Yet: “The internal and independent reviews are only beginning” now, including “an Afghanistan War Commission mandated by Congress to pursue a three-plus-year study of what went wrong.”

“Teachers unions have a new ally in their fight against school choice: local code enforcers,” worry Suranjan Sen & Daryl James at Reason. For one, a Georgia “fire marshal threatened to punish churches for hosting study groups.” That effort fell through thanks to “a state law that Georgia passed in 2021 to protect learning pods and similar educational cooperatives.” But in Florida, Texas, Maine and elsewhere “school choice advocates . . . must battle the zoning police and other code enforcers.” “Parents understand better than anyone that one size does not fit all in education” and “regulators should not interfere in this process without good reason.” “Teachers unions see” school choice “as a threat, but they don’t need extra help to protect their multibillion-dollar education monopoly.”

Win a pair of tickets to the 2022 Concours of Elegance