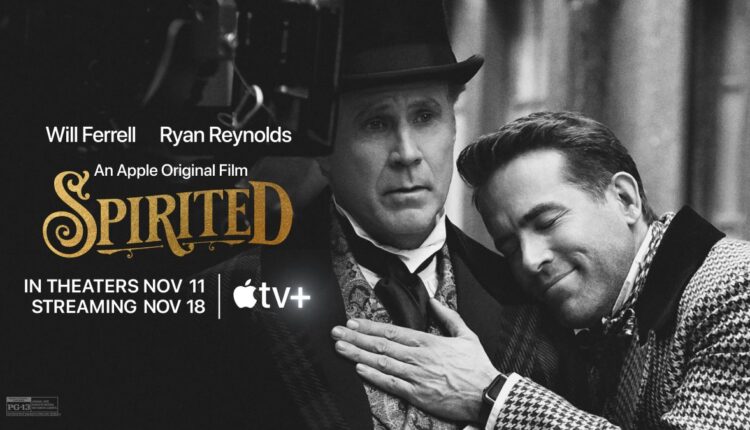 Ryan Reynolds and Will Ferrell’s Christmas musical finally has a release date. In fact, it has two of them.

Over the weekend, Apple TV+ announced on Twitter that Spirited, a new Christmas musical starring Reynolds, Ferrell, and Octavia Spencer, will premiere in theaters on Friday, November 11. After making a run in the cinema for a week, the film will then premiere on the streaming service on Friday, November 18.

The film is being promoted as “a modern musical rendition of Charles Dickens’ classic holiday story “A Christmas Carol.”

Spirited is only one of many projects Apple has coming its streaming service over the next few months. “Emancipation,” the Antoine Fuqua and Will Smith project that tells the story of a man who escapes from slavery, is also expected to debut by the end of the year. Next year, Killers of the Flower Moon, Argylle, and more will premiere:

Spirited will premiere on Apple TV+ on Friday, November 18. If you want to enjoy the film in the best quality possible, check out our review of the Apple TV 4K and our list of the Best TVs for Apple TV 2022.