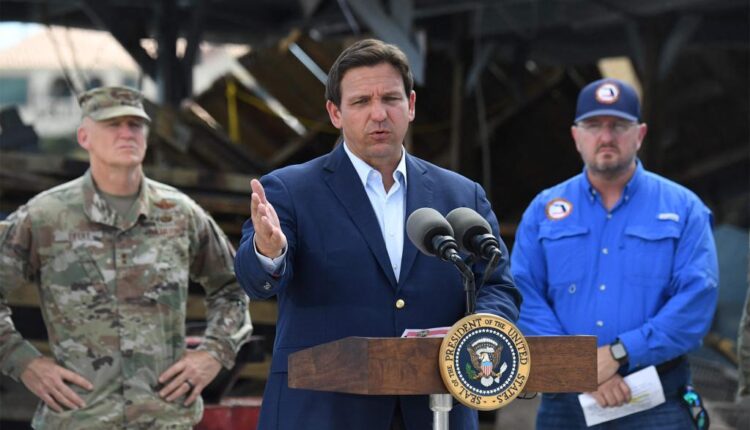 Page 5 lightens up. Its entirety deals with suicide. Page 6? Legionnaires disease. A crappy marriage is on Page 7. Running the whole side is about running to the john and urinary tract infections. If you survive long enough, Page 8 is a continuation of malaria.

In other terrible news is Florida. Residents in Naples’ 17th-floor hi-rise cannot get upstairs. No power. No generator. No word about repairs. Residents told: “Don’t call us. It will be weeks.” Garages are flooded. Cars towed to junkyards. Houses, trucks, automobiles sit in the bay. Entire docks bob in the canal. If — If! — you can get hurricane insurance again, the previous cost was $95,000 a year.

And then there’s Ron DeSantis, who, as a then-freshman Congressman, didn’t approve our state needing federal assistance back when Hurricane Sandy hit us. New York Republicans were furious. Now, he’s in need of federal funds — and, of course, no opposition. Due to this new hurricane damage, he needs billions to remedy destroying his state. Be aware, with his last relief funds he spent a chunk to send migrants to Martha’s Vineyard.

TV’s Henry Schleiff, longtime chief of channels like Discovery and Travel, plus a friend to the late Regis Philbin: “We understand Kelly Ripa’s need to sell her new book — but it shouldn’t be at the expense of attacking national treasure Regis who gave Kelly her break in terms of having her as his co-host. Perhaps current co-host Ryan Seacrest could present similar problems about her. Rather than listing complaints, she should express gratitude to him for the break that changed her life. She should have actually dedicated the book to Regis.”

Current, and future, Gov. Kathy Hochul — Zeldin can NOT make it — dined at Tudor City Steakhouse. Coming from a Cipriani Columbus Day speech, her husband made the reservation. First time there. They’d wanted to come for a long time. Quiet dinner. Sat in back by the library corner. Wished one guest Happy Birthday, posed with other guests and — best of all — were good tippers. It was Champagne plus Sancerre plus beet salad plus branzino.

Senate hopeful Herschel Walker’s big in Washington, but his kid Christian knows the good food’s here. He did dinner at Dave Goodside’s UES Beach Café . . . New Yorker Peter Cincotti performed at Café Carlyle. Sold out, standing ovation, so pay attention. He’s coming back . . . Tectonic Theater Project benefit at Chelsea Factory. Billy Porter, Darren Criss, Michael Urie performed. Nancy Pelosi was “bopping” on the dance floor — whatever that means, other than not comforting her alone husband who got arrested for driving while soused . . . Comment: The EMS Lt. Alison Russo-Elling who was killed. One who’d been close — really, really close — said all she always wanted to do was help people . . . Rizzoli pushing new cookbook. “The Delmonico Way: Sublime Entertaining and Legendary Recipes From the Restaurant That Made New York.”

Let’s hear it for America’s scholastic abilities. This kid just graduated an Ivy League college. His mother’s so proud of him. Now he can write on toilet walls in Latin.