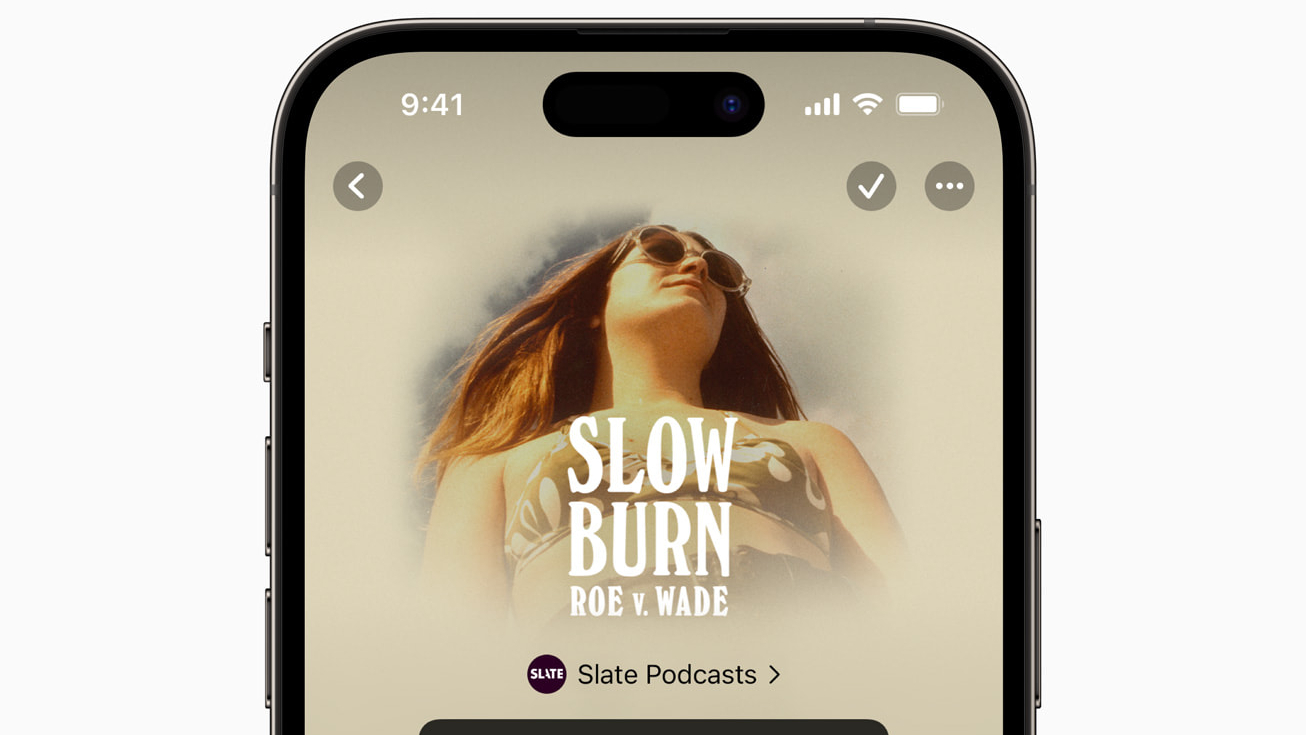 Apple has today announced the winner of its 2022 Apple Podcasts Show of the Year award, honoring “outstanding quality, innovation, and impact.”

The winner is Slow Burn, Slate’s touted narrative history series, for its season on Roe v. Wade as hosted by Susan Matthews. “Published throughout June 2022, the four-episode season explores the events leading up to the landmark 1973 Supreme Court decision, offering listeners an in-depth perspective on this universal and timely human rights issue.”

Matthews said Slow Burn made the series “because I was really discouraged by how polarized and stuck the conversation around abortion was, and it seemed incredibly timely and important,” setting out “to tell this story in a way that helped expand and challenge what people understood about this subject.” Matthews said she was “honored” that Apple had recognized Slow Burn.

To celebrate, six Slow Burn Extras shows are now available to listen to on Apple Podcasts, where you can hear about the making of the show, personal stories, interviews, and more.

Apple says Slow Burn “is one of the all-time most popular shows on Apple Podcasts,” with seasons covering Watergate, the Clinton-Lewinsky scandal, the deaths of the Notorisou B.I.G. and Tupac, the LA riots, David Duke, and the Iraq War.

It comes as Apple also announced that BeReal was the best iPhone App for 2022, picking up the coveted award alongside top pics for Mac, iPad, Apple TV, and games.

Apple Podcasts definitely isn’t one of the best iPhone apps for podcast consumption, struggling to perform many basic tasks that other third-party options do really well. Last year Apple opened up its own apps to reviews just like third-party options, a move that saw Podcasts get absolutely buried by its users who rated it just 2 stars.