Rock on with this Marshall speaker deal on Amazon 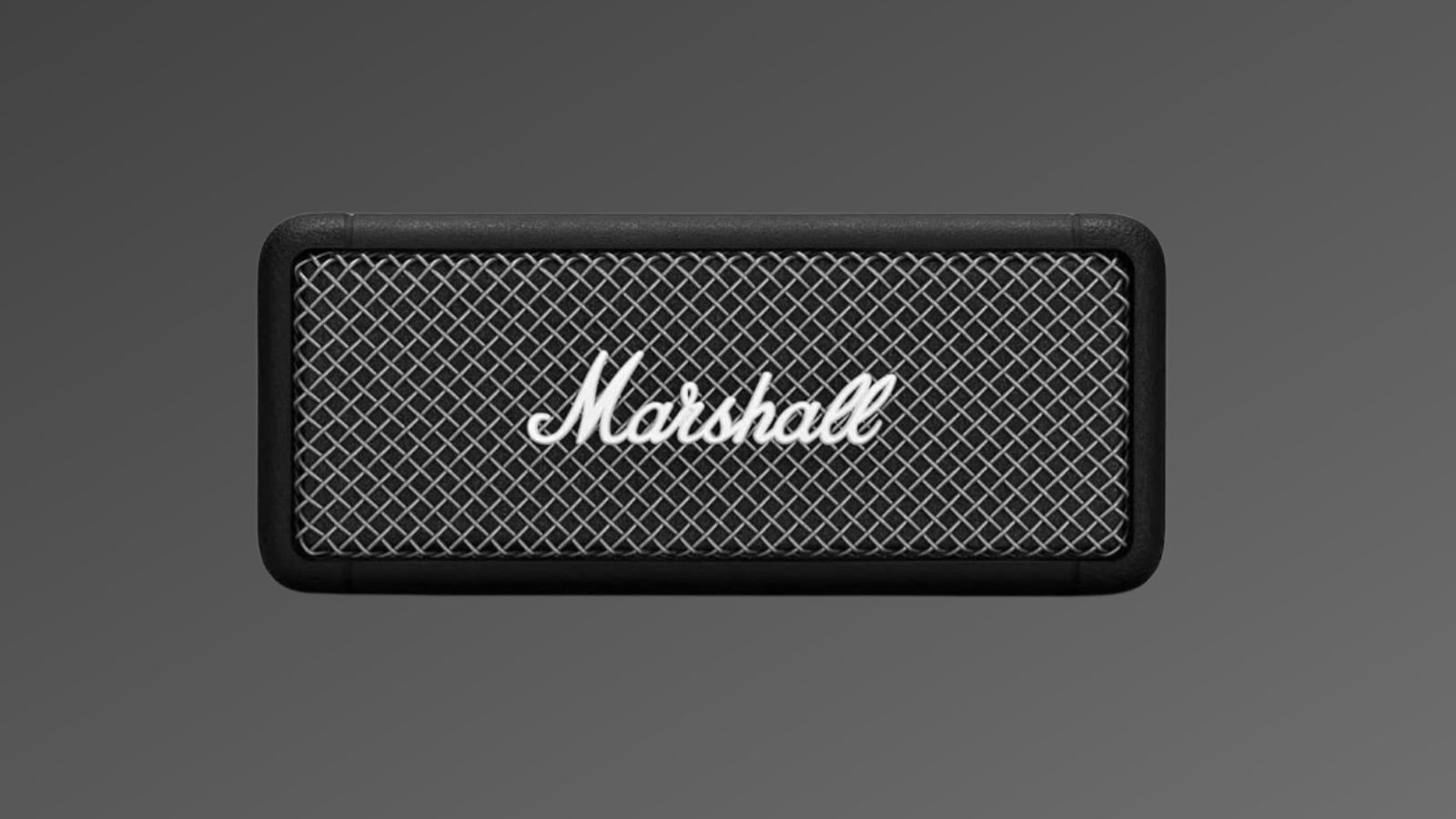 Marshall has provided Amps to the greats; Jimi Hendrix, Slash, Jimmy Page, and Clapton, to name but a few. Now you can get the name on a little Bluetooth speaker and listen to your music, as Marshall puts it, “as the artist intended”. While it may not be an ear-shattering guitar amplifier built to lift the roofs of concert halls, the Marshall Emberton is still a solid little Bluetooth speaker that’s now $50 off at Amazon.

You may have heard of Marshall – creators of some of the most recognizable guitar amplifiers on the planet, the silver grating of their speaker grilles and the signature of the creator, Jim Marshall, have graced many a gig, both big and small. Now, that same grille and signature can grace your living room, bedroom, or kitchen with Marshall’s range of Bluetooth speakers.

The Marshall Emberton is the baby of the crew, being smaller and more compact than the rest of the range. Even then, however, it has some big speaker features. There’s 360-degree audio on board to fill a space, up to 20 hours of battery life, and even IPX7 water resistance for accidental drops into baths or if your outdoor summer BBQ gets caught in a surprise rain storm.

While not a direct competitor to the HomePod Mini, given that Apple’s offering is permanently attached to your power socket and requires a WiFi connection to work, the two have similar use cases – and while you may not get the smart capabilities of the HomePod, you are going to get much better sound. With this deal, the Emberton is brought even closer in price and is definitely worth the extra for the improved sound quality. Not a fan of the Marshall’s rocking looks? Check out the best Bluetooth speakers that we’ve used.