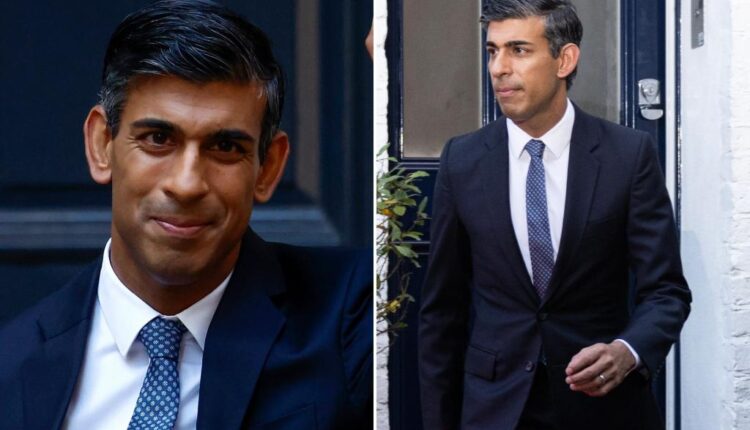 Much has been made of the fact that Rishi Sunak is the markets’ choice for British prime minister. He’s everything that Liz Truss isn’t: Financially savvy with the bearings to understand the economic folly of cutting taxes and allowing deficits to soar.

All that sounds good on paper, until you realize that Britain has a growth problem. Its economy is contracting, and fast.

Sunak better figure out a way to get the British economy growing or he will join Truss as the latest Tory PM tossed aside.

Market pros forced Truss out by unloading British debt, nearly plunging the UK economy into a Lehman moment. But they are far from giddy even with one of their own in charge (Sunak is a former investment banker and hedge fund manager).

Monday’s market reaction was pretty tame given the moment (the pound traded a bit lower, while the Financial Times Stock Exchange index rose a tad) and for obvious reasons: The country’s economy looks a lot like America’s in the 1970s — saddled with “secular stagnation,” economist Larry Summer’s favorite term to describe the prospect of little of any growth for years on end, and massive inflation.

Some of it might be the result of Brexit and the costs of semi isolationism from the rest of Europe. Most of it probably isn’t. Government bloat, regulatory burdens and high taxes discourage business investment. Lockdowns during the pandemic squeezed the economy to a standstill. Massive fiscal spending, hyper low interest rates fueled inflation — all under supposedly conservative Tory leaders, including the man Truss replaced, Boris Johnson.

Now the British people are paying the price: inflation hovering around 10% and the latest GDP print showing the economy contracted by 0.3%.

Truss thought it was a good idea to play the Thatcher card and slash taxes to bring some life back to this dying patient. It’s how she bested Sunak during last summer’s Tory beauty contest for PM, when Sunak blasted Trussanomics that didn’t “add up.” More polite than George H.W. Bush’s famous crack that equated Ronald Reagan’s supply side tax cuts to “voodoo economics” some 40 years ago, and it’s why Sunak is now residing at 10 Downing Street.

Now he has his work cut out for him. Some believe he might channel the economic strategy of his old boss, Johnson (Sunak was his chancellor of exchequer). He could raise taxes even more to pay for the imposing levels of British debt that are approaching 100% of GDP and sparked the bond-market uprising against Truss’s unfunded tax cuts.

But that’s a recipe for even more secular stagnation. It will only burden the British people with more economic misery, and could make the loony-tune lefties who run Labour appealing during the next election.

Sunak is no dope. He’s speaking to money managers and top bond investors, the same ones who tell me fiscal austerity is important when your deficits are this large, but growth will be key to his survival — and the country’s.

Sunak will have to do what Truss couldn’t: Sell the markets on the idea that you can’t grow an economy by taxing business to dust. Regulations need to be cut and, by all means, the Bank of England must stop printing money. It might be good for hedge fund investors, but the rest of the country suffers through a very working-class (and voter unfriendly) tax known as inflation. And he needs to make cuts to government spending.

If he can’t pull this off, Rishi, like Liz and his old boss Boris, will be out of a job soon enough.