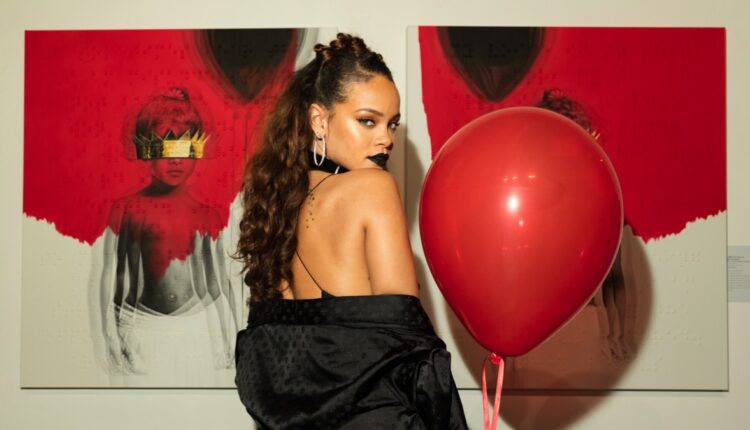 On Sunday (Sep. 25, 2022), the NFL announced that Rihanna will be the 2023 Super Bowl halftime performer. Rihanna also made an announcement, posting a photo of herself holding a football with no caption.

Super Bowl LVII is scheduled for Feb. 12, 2023 in Glendale, Arizona. It is not yet known if Rihanna will have anyone else join her on stage. In the past, many artists have had special guests join them.

Roc Nation has a part in organizing the halftime show and is also Rihanna’s management company.

Rapper Jay-Z, the head of Roc Nation, played an integral part in discovering Rihanna. After she auditioned in front of Jay-Z, he said, “I knew she would be a star.”

In the NFL’s announcement, they included a quote from Shawn “Jay-Z” Carter.

“Rihanna is a generational talent, a woman of humble beginnings who has surpassed expectations at every turn,” he said. “A person born on the small island of Barbados who became one of the most prominent artists ever. Self-made in business and entertainment.”

Seth Dudowsky, NFL head of music, called Rihanna a “once in a generation artist” and a “cultural force.”

“Rihanna is an incredible recording artist who is a favorite for many millions of Apple Music customers around the world,” said Oliver Schusser, Apple’s vice president of Apple Music and Beats. “We’re excited to partner with Rihanna, Roc Nation and the NFL to bring music and sports fans a momentous show — what an incredible artist for the inaugural Apple Music Super Bowl Halftime Show.”

Apple is now the sponsor of the halftime show, replacing Pepsi, the longtime sponsor.

Since being discovered, Rihanna has won nine Grammy Awards, created her own makeup line and fashion label as well.

3 iOS 16 apps to try today — a calendar, a podcast player, and a camera app

Governor Ron DeSantis says Apple should be hauled in front…