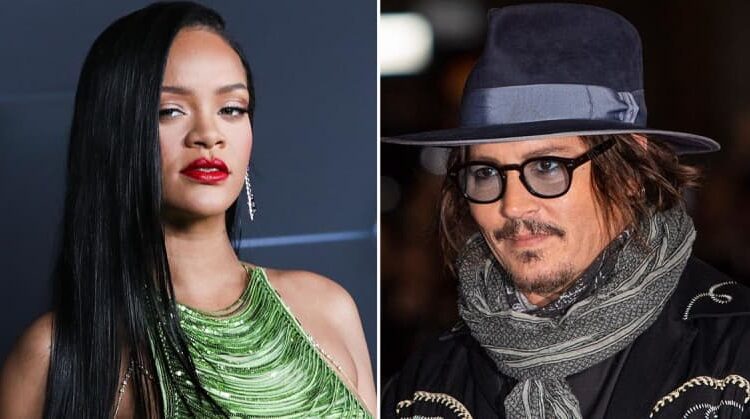 Rihannagot trashed by her usually die-hard fans after allowing accused abuser Johnny Depp in her Savage X Fenty fashion show despite the actor winning the defamation trial against his ex-wife, Amber Heard. Followers were not impressed with Rihanna’s decision, especially since she suffered abuse at the hands of then-boyfriend Chris Brown in 2009, and they sounded off on social media to air out their frustrations, RadarOnline.com has discovered.

On Thursday, it was revealed that RiRi and her team had invited Depp, 59, to have a “star” moment in her lingerie brand’s Vol. 4 show. The Pirates of the Caribbean star graciously accepted the offer and already filmed the cameo. He’ll make history as the first male to be featured in one of RiRi’s “star” moments — an honor that fans have mixed reviews about.

“Rihanna going out of her way to, like, rehabilitate the image of a domestic abuser and rapist is f—— crazy cause the hell is johnny depp, a rapidly decaying corpse, going to do at a LINGERIE SHOW? but even past all that does she even know her audience?” one person spewed on Twitter.

“Rihanna dropped Draya for making inappropriate abuse jokes but is giving Johnny Depp (an abusive piece of s—) a segment on her show. What even is the correlation??” wrote another.

“Out of all the unproblematic white men in hollywood rihanna and her team go for johnny depp? like tf??” questioned a third.

While several expressed their disapproval over Rihanna’s decision to include Depp, not everyone was mad at the singer-turned-fashion mogul.

“Her supporters are now trying to diss/ cancel rihanna for collaborating with johnny depp. you’re all forgetting that rihanna is also a domestic violence survivor who is able to recognise other victims. she’s so real for this honestly,” one fan commented.

“Rihanna supporting Johnny Depp and honouring his career is what I like to see. One abuse survivor taking the power that they have and supporting another abuse survivor that y’all put down. That’s a true queen, that’s true power,” added another supporter.

As RadarOnline.com reported, Depp sued Heard over a 2018 op-ed she wrote, in which she claimed to be a survivor of domestic violence. She countersued and they hashed it out in a weeks-long public trial.

In the end, the jury awarded the actor $10 million in compensatory damages and $5 million in punitive damages, which was ultimately lowered due to the state’s statutory cap or legal limit

Depp’s appearance will be included in the Savage X Fenty premiere on Amazon Prime Video on November 9. He’s not the only famous person in the show. Cara Delevingne, Irina Shayk, Sheryl Lee Ralph, and more will also be featured.