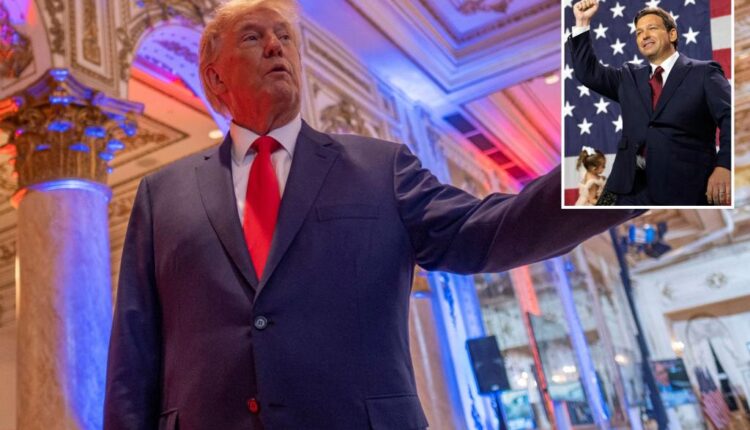 One of the biggest mistakes people make about politics is treating it like fantasy football: They attempt to match up politicians for a dream team presidential run and, even worse, assume their favorite player can repeat an exceptional single-game performance.

On the political right, there is an assumption that President Donald Trump’s previous win automatically projects him ahead of a weak President Joe Biden or any other 2024 Democratic nominee. But voting dynamics have shifted since 2016, and the people who took a chance on him then are not guaranteed to do so again.

While the right was ready for a red tsunami Tuesday, it got a lackluster trickle thanks to Trump’s involvement in so many of the key contentious races. The Republican Party didn’t ride a red wave, but it got something just as valuable: a red warning.

As an independent and first-time Republican voter this election, I want to alert the GOP to take heed. It needs voters like me — not just its base — to win the presidency.

The most extreme example of Trump’s troublemaking was the Pennsylvania Senate contest between John Fetterman and Mehmet Oz. In any normal race, the person who didn’t suffer from a stroke and who requires a stenographer to articulate his political verbiage would be the obvious winner. But Dr. Oz lost, and Republicans would be foolish to disregard the warning voters gave them.

Trump selected Oz mainly due to his celebrity; by Trump’s own admission, he sees television as a popularity contest, making Oz’s TV longevity proof of the public’s favorable perception of him. But Oz never possessed any political substance of his own, and it became obvious post-Trump’s public endorsement that Oz was hoping the Trump playbook would automatically translate to his own success.

The Republican Party has succumbed to Trump’s will without realizing his popularity outside his base is increasingly dwindling. Trump’s 2016 win came thanks to independents and swing voters intrigued by the mysteriousness of a political outsider taking charge of our great nation — but the honeymoon phase has long passed, and the romance is becoming indifference at best.

The problem is Trump doesn’t understand his 2016 victory was an anomaly — you can’t win every election with a strategy relying on celebrity. Now Trump, moreover, overestimates the power of his endorsement outside Republican primaries. Whether it was Trump’s doing, the media’s or both, people in the middle see his political branding as divisive; the consternation over anything Trump has only hurt the Republican Party’s chances of winning purple areas.

The “red warning” has a “red solution”: Persuade Florida Gov. Ron DeSantis to run for 2024 and pray Trump gets the hint not to run.

Trump has been incredibly important in the political landscape over the years, but it’s time to recognize our favorite player is no longer in his prime — and leaving him on the field only benefits the ego of one while the team suffers.

DeSantis has the mass appeal the Republican Party desperately needs while exuding a Trump-esque sensibility in policy without the Trump baggage. He was re-elected Tuesday with a nearly 20-point margin of victory — and won classically blue districts like Miami-Dade County because of his ability to persuade swing voters to sign on to his pro-freedom conservative vision.

Trump can brandish his endorsement wins with candidates in Republican strongholds all he wants, but it would be a misstep for the Republican base to translate these victories into a surefire win against an increasingly senile Joe Biden.

Biden is as inspiring as a root canal, but injecting Trump for another presidential run will provide the motivation for voters to vote against Trump much as 2020 did.

Now is the time for the Republican Party to walk through the haze of the Trump glory days and elevate their popular new draft pick to the starting position.

Respectfully retire the number 45 into the political rafters; it’s time to move on if Republicans want to make a run for the championship.

Adam B. Coleman is the author of “Black Victim to Black Victor” and founder of Wrong Speak Publishing. Follow him on Substack: adambcoleman.substack.com.