Republicans have to rethink strategy after the red trickle 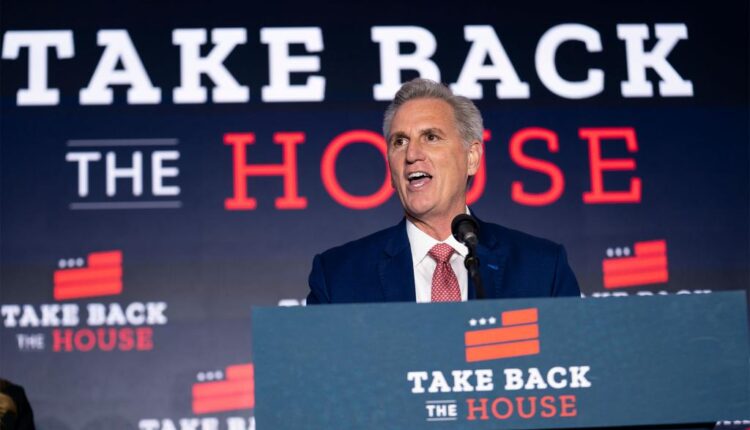 By the end of election night there was one clear national winner — Florida Gov. Ron DeSantis, who romped to an easy victory over former governor (and former Republican) Charlie Crist. DeSantis was a wave unto himself.

But what happened to the Republican tide that was supposed to sweep in nationwide? While it’s looking like the House will turn Republican, the Senate last night was too close to call — and could remain tied.

The GOP’s disappointment is the mirror image of the Democrats’ lackluster performance two years ago. Joe Biden took the White House, but Democrats struggled to the slenderest of majorities in the House and only a tie in the Senate — with Vice President Kamala Harris the deciding vote.

Democrats assumed in 2020 that all they had to do is sit back and reap the rewards of President Donald Trump’s troubles and the national emergency brought on by COVID. Trump had hoped a strong economy would reelect him; the pandemic demolished that dream. Republicans had suffered massive losses in the 2018 midterms, and that, Democrats thought, was a sure sign that Trump would sink his party in 2020, too.

Instead, Democrats lost seats in the House and wound up with the narrowest majority in postwar history. They relied too much on a vote against Trump and a vote against the pandemic and the pandemic economy. And so, while Biden and his party won, they were disappointed by the paltriness of their victory.

Republicans made the same mistake this year. They bet everything on voters punishing the president’s party for his lousy record, and they counted on inflation, as well as rising crime, to give the GOP an automatic advantage. Democrats got complacent in 2020 and paid a price; and now Republicans know they will suffer the same disappointment when they rely on a troubled president and troubled economy to do their work for them.

And polls misled Republicans this week as badly as they misled Democrats the last time around. It’s at least partly a case of overcompensation: Polls so badly underestimated Republican support in 2020 and 2016 that political prognosticators have looked to polling firms like the Trafalgar Group, which weight their surveys more heavily in the GOP’s favor to compensate for the usually pro-Democrat bias. But polling is having a tough time gauging today’s electorate.

The days of getting reliable survey results when Americans could be counted on to answer their land lines are long gone. Internet surveys and attempts to reach voters on cellphones are not yet a sound substitute.

Just as Democrats were thrown into crisis after falling short of expectation in 2020, Republicans will now be forced to rethink almost everything.

Dan McCarthy is the editor of Modern Age: A Conservative Review.