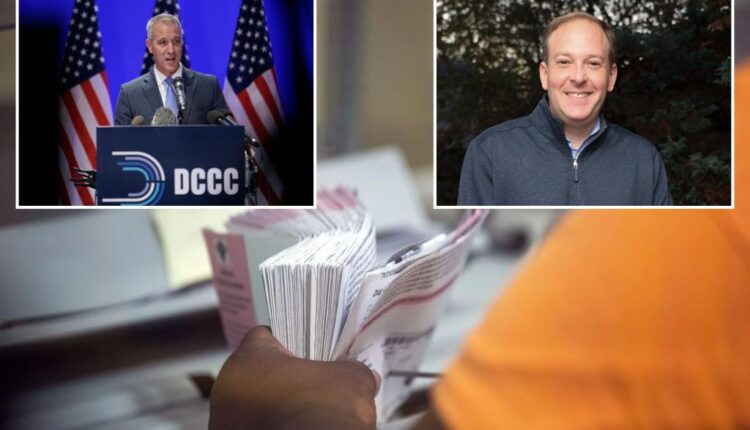 There’s something happening in New York.

New Yorkers are getting sick and tired of woke liberalism, and it’s showing in pockets of voters once considered the base of the Democratic Party. In short, there’s a crack in the traditional Democrat coalition, and Republicans have an enormous opportunity to expand that breach with time-tested arguments in the coming months and years.

In the Hudson Valley, where I prevailed on Election Night over Democratic Congressional Campaign Committee (DCCC) chairman Rep. Sean Patrick Maloney — the first time in 42 years that a DCCC chairman lost re-election — voters once considered unreachable by Republicans were an essential part of my victory. Latino, Asian, Jewish, and a growing number of African-American voters rejected woke orthodoxy and all that comes with it — crime, inflation, higher taxes, social disharmony — and voted instead for public safety, common sense, and classic American economic opportunity.

This didn’t just happen in the Hudson Valley. It happened in the five boroughs, and that may be the biggest story of the night.

In Southeast Brooklyn, one of the most ethnically diverse areas of the country, voters toppled three long-term incumbent Democrat state Assembly members, something that would have been unimaginable a couple of years ago. In areas of Queens, the same thing is occurring. First- and second- generation Americans are embracing the conservative ethos of hard work and personal responsibility over failed big-government liberalism.

For the first time since Gov. George Pataki, the Republican gubernatorial candidate won 30% of the city vote, thanks to this dynamic, and that reveals a titillating possibility: If the GOP can grow that percentage by three or four points consistently, New York can become a genuinely competitive state.

We’d cease being fly-over territory for presidential campaigns, and the Democrats’ lock on statewide offices would be significantly challenged.

A great deal of credit goes to Congressman Lee Zeldin for running a smart, focused, and passionate anti-crime campaign in his narrow defeat last Tuesday. Zeldin dived right into the city’s ethnic communities, and his high-water mark floated all local Republican boats.

Former President Donald Trump gets some credit, too. His trademark irascibility in the face of never-ending liberal media criticism inspired many ethnic working-class Americans to rally behind the underdog and question the media-enforced ­status quo.

But successful political parties must always be moving forward, and Republicans would be well served by encouraging a robust, competitive presidential primary in 2024. It’s time for new voices at the top, and for fresh conservative ideas that address the challenges of our times.

As the husband of a first-generation American who immigrated here from Moldova, a tiny nation living in the shadow of Putin’s aggression in Ukraine, I’m a big believer in the wisdom of new immigrants. Those who came here from socialist and formerly socialist nations in Eastern Europe, Latin America and Asia understand the blessings of freedom far more acutely than Americans who have been here for generations and who sometimes take religious and economic opportunity for granted. American greatness has always been best viewed through the eyes of immigrants.

These voters should be the target of intense Republican outreach now. As with other ethnicities that arrived on these shores before them, new immigrants want what America has always promised — the opportunity for social and economic mobility free of unnecessary government interference, excellent schools, and safe communities. Instead of offering that, Democrats have tried to put immigrants in the ‘minority” box. They’ve suggested that immigrants are victims rather than full-fledged Americans. Bad mistake.

Of all the places where a red wave could have crested, few would have guessed it would have been here in New York, where Republicans will send as many as 11 new members of Congress to Washington, and a number of new state senators and assembly members to Albany.

With hard work and compassionate outreach, this could just be the ­beginning.