Rather than White House whining about OPEC, America needs to drill, baby, drill — but Biden refuses 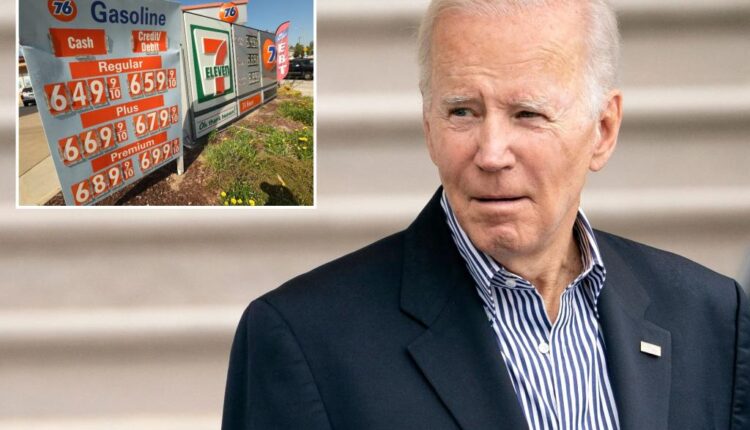 Wrong again, Karine: The Saudis and the rest are simply serving their own interests by limiting supply to keep prices high; they’re gettin’ while the gettin’ is good. Too bad your boss, President Joe Biden, refuses to serve America’s interests by unleashing US energy producers.

Instead, Biden is releasing another 10 million barrels from the US Strategic Petroleum Reserve, which was already at a decades-long low from his prior actions. And never mind that this will only make up for five days of the OPEC+ cuts: The prez needs to do something basically symbolic — because his ideology stands in the way of doing anything meaningful.

The United States had become a net energy exporter under President Donald Trump; Biden forthrightly set out to end that from his first day in office. He killed the Keystone XL pipeline and signaled that he’d nix more; he froze new drilling leases on federal lands (and has since allowed far fewer than any president since Harry Truman).

As a result, investment in future US production has barely ticked up even as energy prices soared this past year. That goes beyond limiting new drilling to not rebuilding America’s refineries — which, Joseph Toomey notes in a new RealClearEnergy paper, have seen their largest drop in capacity ever these last few years.

If Trump policies had continued, finds a new Committee To Unleash Prosperity study, the United States would be producing 2 million to 3 million more barrels of oil, and at least 20 billion more cubic feet of natural gas, a day than it is now. And GDP would be about $100 billion more a year.

Biden is utterly committed to suicidal energy policies in the name of fighting climate change — policies that can’t deliver the energy the nation (and our allies) need because alternative-fuel technologies (and infrastructure) simply aren’t there yet, and won’t be for decades. The main impact will be to enrich China.

Rather than reverse course, he resorts to empty gestures — SPR releases, futilely begging the Saudis to up production, ranting at gas stations and even taking credit for the brief price drop earlier this year that was simply the result of people driving less because gas cost so much.

The real answer to the energy crisis is simple: Drill, baby, drill here at home. Too bad the nation needs to get the Democrats out of power to do that.