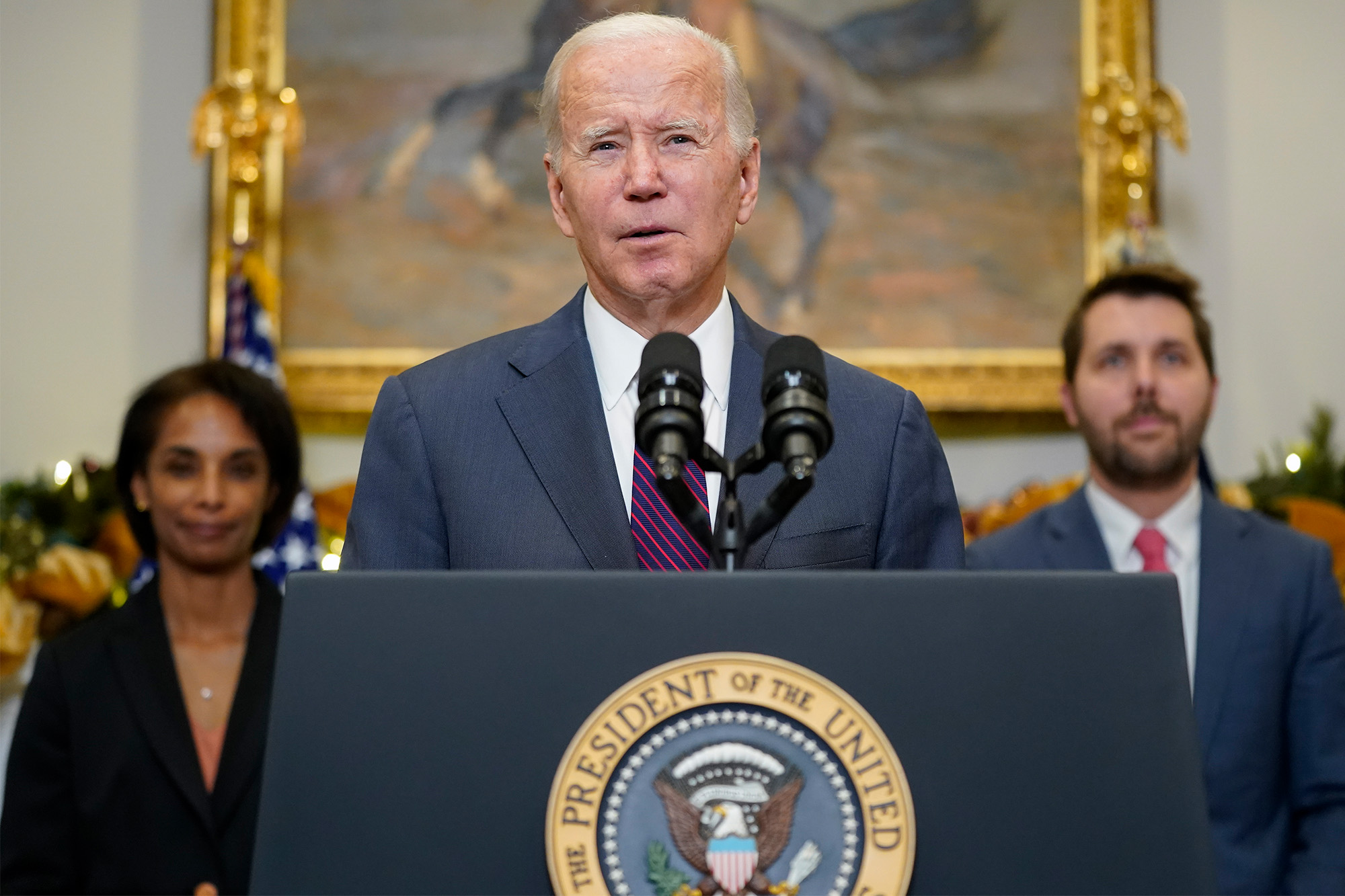 Inflation was less bad in November than the month before, but a 7.1% rise in prices still means continued pain at the grocery store, buying presents or just paying electric bills. It’s nothing to celebrate — but that’s not stopping President Joe Biden.

The Bureau of Labor Statistics reported a year-over-year hike in the price of food of 10.6%, electricity 13.7%, fuel oil 65.7%, new vehicles 7.2%, transportation 14.2%. Even with nominal wage gains, that means Americans’ average net earnings are a seasonally adjusted 1.9% since November 2021.

Inflation is only “better” because it’s compared to the terrible 9.1% the Consumer Price Index rose in June.

Yet Biden says it’s a “reason for optimism” and “welcome news.”

He also laughably calls it evidence his “economic plan is working” 21 months after he passed it. Huh? The only folks talking about the threat of inflation back then were critics of his plan. Or is he pretending he secretly meant for prices to soar?

And he continues to flat-out lie about the overall economy:

Nor do November’s slightly slower price hikes guarantee inflation will continue to ease. Biden, recall, spent most of last year claiming the “temporary” increase would ease long before now, and even pretended it had fully disappeared this summer: “Our economy had 0% inflation in the month of July,” he claimed.

We certainly hope this is the beginning of the end. But it’s entirely the work of the Federal Reserve, which has rapidly juiced up interest rates to curb inflation, upping the odds for full-on recession in 2023.

Biden still pretends his policies had nothing to do with this mess, though top Democratic economists warned his American Recovery Act could trigger major inflation, though it had never topped 3% from 2011 to April 2021.

Fact is, it’ll be a tough holiday season for Americans, no matter how much Biden gaslights.

iOS 16.2: Apple Music Sing, Freeform, and everything else new to iPhone