Quinton Simon’s mom Leilani cops to drug use while pregnant 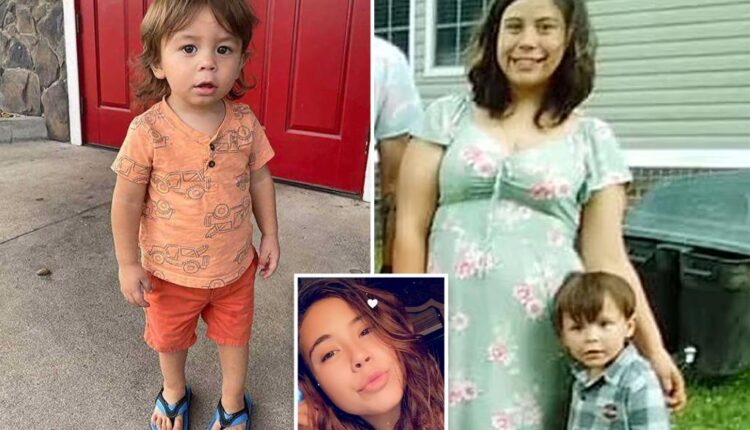 The mom of missing toddler Quinton Simon appeared in court Monday for a preliminary hearing about the custody of the 20-month-old’s two siblings – as new filings in the case revealed that she admitted to using drugs while pregnant.

Leilani Simon, 24 — the prime suspect in the disappearance of her son, who is presumed dead – arrived at the Chatham County Juvenile Court, where she sat near her mother, Billie Howell, WTOC reported.

The grandmother had custody of Quinton and Leilani’s two other children, who are about 6 months and 3 years old.

Monday’s hearing was sealed, but according to court documents obtained by The US Sun, the kids were removed from the home on Oct. 12 because they were deemed to be in “imminent danger of abuse or neglect.”

Leilani “is a chronic, unrehabilitated substance abuser of cocaine and cannabis,” according to the documents, which say she admitted using cocaine and tested positive for it at the birth of one of her kids, The Sun reported.

After being granted guardianship, Howell “failed to provide adequate supervision” and left them in Leilani’s care, the document says.

Howell “knew or should have known (her daughter) was unfit to provide proper care, while the maternal grandmother traveled out of state,” according to the document, which says Leilani’s two other kids have been placed in foster care.

The three children have three different fathers. One of them told The US Sun that he was “questioning everything” after his son, Zayne, was removed from the home.

“Zayne needs to be with me. I want to make sure he’s safe,” Cody Wharton told the outlet.

“Even now, I’m questioning everything. Is he hurt? What is he doing? I don’t want to get a call saying your son is hurt and going to the hospital,” he added.

He said Leilani struggled with her mental health while they dated — which was corroborated in the court documents – and claimed she was depressed and tried to overdose last spring while she was watching Zane.

“She’s always been unpredictable,” Wharton the The US Sun. “But I wasn’t worried about Zayne’s safety until all this started going on. She was a good mother. I don’t know what happened.”

Meanwhile, former FBI agent Jennifer Coffindaffer told The US Sun that authorities are likely gathering more evidence to before arresting and charging the mother.

“They’re not done with the investigation yet. They have one opportunity to charge someone and make those charges stick to get a conviction,” the former field agent told the outlet.

“Right now, it’s all circumstantial. They’re likely going through phone records, searching for the body, and waiting for forensic test results before making an arrest. They want to have all the evidence first,” Coffindaffer added.