Putin’s nuke threats reveal his weakness — not his strength 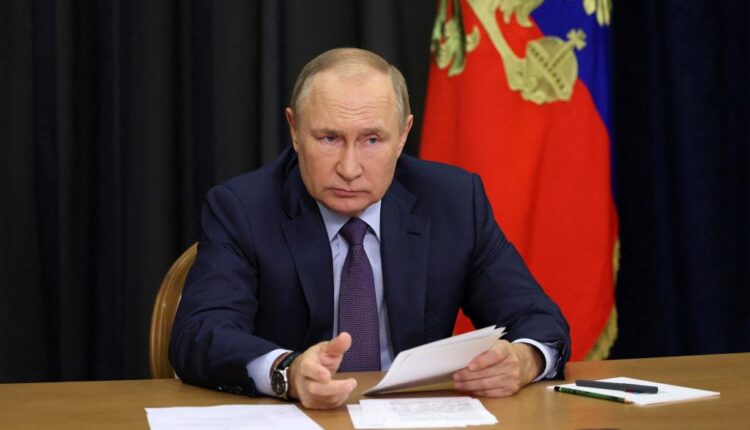 No one can write off Russian thugocrat Vladimir Putin’s threats of nuclear escalation in his war on Ukraine. Yet they reveal weakness, not strength.

“When the territorial integrity of our country is threatened . . . we will certainly use all the means at our disposal,” Putin huffed last week in an unmistakable reference to nukes. That’s “not a bluff,” he pointedly added — mostly because it’s exactly that.

Putin pretends that the West is attempting “nuclear blackmail,” that NATO leaders have threatened to use nukes against Russia. He cites zero evidence, of course.

In fact, as earlier in the war, he’s talking tough because his forces are failing. Badly: In recent weeks, Ukraine has recovered thousands of square miles of territory and is set to take more. It’s shown it’s got more skill, morale, training, discipline and commitment than Russia’s forces — plus better weapons.

Ukrainians are determined to repel the invader; Russian troops want to survive and go home — while Russian civilians are fleeing Putin’s draft.

That desperate callup of reserves is also meant to show resolve. But it produced waves of fleeing draft-dodgers and mass protests (including a self-immolation Monday). Conscripts who do wind up on the battlefield will be poorly trained and equipped.

And actually going nuclear (or using chemical weapons) would risk Russia’s obliteration, by drawing in the West. Though Putin miscalculated badly in launching the invasion and is desperate now, he’s not so deranged as to not realize this.

Which is why Team Biden, and Europe, shouldn’t hesitate to supply Ukraine with the arms it needs. Earlier on, the West held back, in fear of provoking Putin to widen the war. It’s eased up since, sending increasingly powerful weapons. Yet it still won’t supply, for example, missiles with ranges of more than 180 miles.

Russia can’t even beat Ukraine; the last thing Putin wants is to have to fight other nations as well. At best, his threats will keep making the West hesitate to fully arm Ukraine. But when you’ve got a losing hand (even one you dealt yourself), what else can you do — but bluff?