Putin’s mall-strike strategy and other commentary 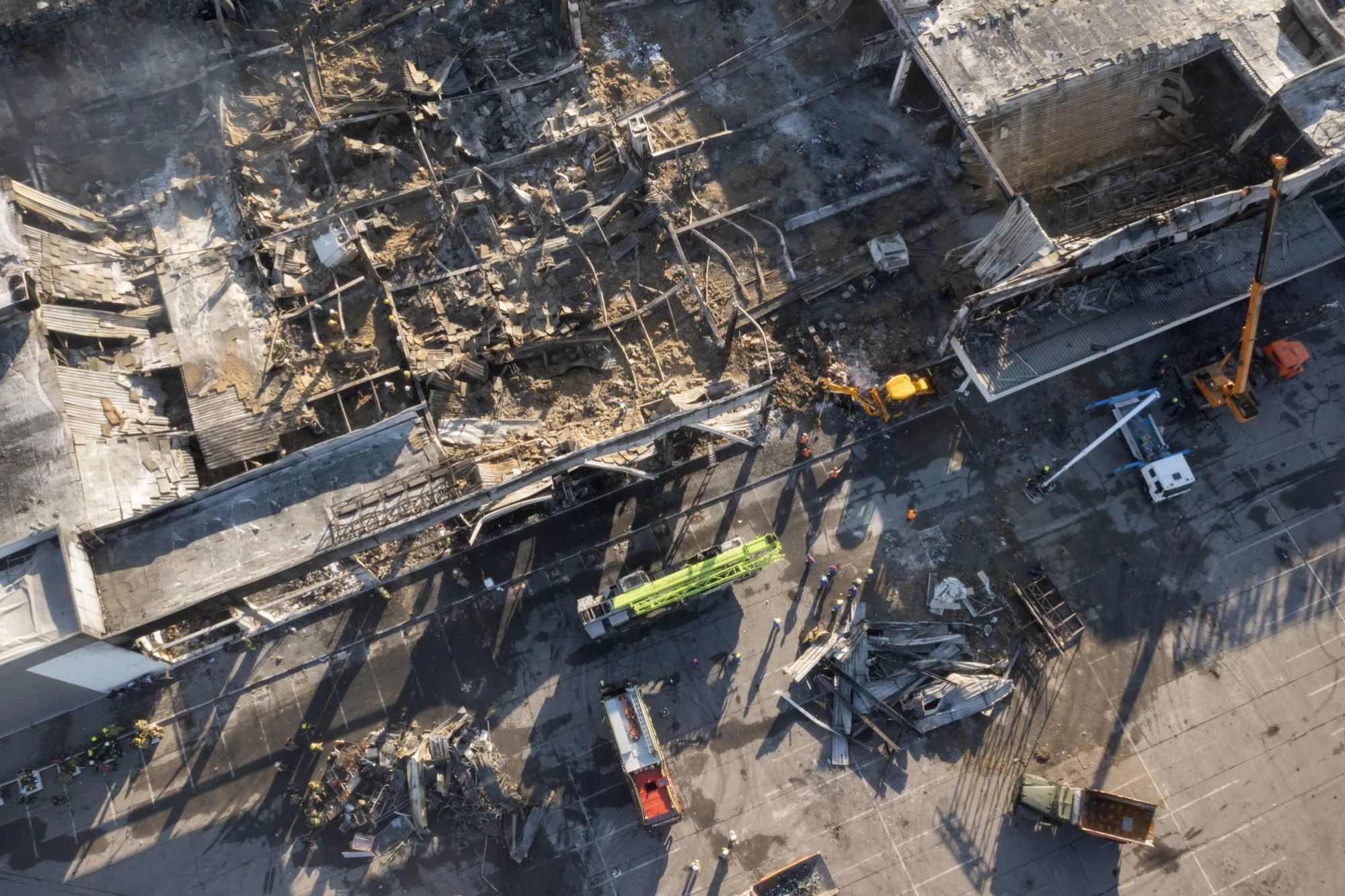 The “busy shopping center” in Ukraine with more than 1,000 people inside when Russian missiles struck it Monday was far from the front lines, had no strategic value and posed no danger to Russian forces, note The Wall Street Journal’s editors, quoting President Volodymyr Zelensky. “But Russia’s strategy isn’t merely to defeat Ukraine’s military, which it has been unable to do. Russia’s goal is to break Ukraine’s will to resist, and attacking civilians is part of that strategy.” Moscow has signed the Geneva Conventions, which ban such attacks, but Vladimir Putin thinks he’ll “get away” with such strikes “if he can defeat Ukraine or force it to submit to his peace terms.” Most worrisome: There’ll be “more of this in more countries if Russia prevails in Ukraine.”

“Those who seek to destroy or delegitimize the Supreme Court for upholding the Constitution are no better than those who desire to overturn or delegitimize presidential elections,” thunders David Harsanyi at The Federalist. Then again, “Democrats treat every victory of the opposition as dubiously attained.” “When the Supreme Court concocted the constitutional ‘right’ to abortion in 1973, the pro-life movement . . . spent 50 years” building political momentum for its cause. Those are the rules, and if Dems are “unhappy” with them, they’re free to try to amend the Constitution. “But, for the contemporary left, ‘democracy’ isn’t just a euphemism for ‘policies we support’ anymore, it’s a pernicious belief that Republicans have a responsibility to live in a political system that exists outside of the Constitution.”

Now that Roe v. Wade has been overruled, “what’s next?” asks Manhattan Institute Director of Legal Policy James Copland at City Journal. “The Court’s decision does not mean that abortion is now illegal across the United States.” And while some states will limit abortion, perhaps outlawing it “after a fetal heartbeat is detected,” others will continue to permit even late-term abortions. The result will be a “state-by-state patchwork” that may resemble Europe’s rules, which vary by country. Progressives are sure to continue to “press Congress to enact abortion protections into law,” but anything controversial would have to break the filibuster and so is likely to fail. “Thus, abortion policy is likely to be in political play for the foreseeable future . . . precisely because . . . in the Dobbs court’s words, it’s such a ‘profound moral issue.’ ”

“Why has Clarence Thomas become the target of so much flak following the Supreme Court’s overturning of Roe v Wade? It’s because he’s black,” fumes Spiked’s Brendan O’Neill. And as a black person, “he is not meant to hold conservative views on issues like abortion.” This is just another example “of identity politics crossing the line into flagrant, undeniable racism.” Case in point: After the Roe decision, “Uncle Clarence” trended online for hours. But lurking behind this racialized animus “is a very ugly idea: that blacks belong to ‘progressives.’ ” That’s “intrinsically racist,” given that “it reduces an entire race of people to a monolithic bloc who must all think and behave in the same way.”

From the right: Justices’ Next Blockbuster

A Supreme Court ruling in West Virginia v. the Environmental Protection Agency “could prove far more consequential” even than the court’s Roe decision if it decides “ruling by executive agency fiat is no longer acceptable,” suggests Liz Peek at Fox News. Team Obama’s EPA implemented its Clean Power Plan, which “would have completely reordered our nation’s power grid,” though Congress never drafted language to permit it. President Biden also “wants to effectively shut down our fossil fuel industries that provide cheap, plentiful and reliable energy.” But should policies that affect every American “be made by unelected DC bureaucrats or by Congress”? A win by West Virginia “would reverse a decades-long trend” of lawmakers letting federal agencies make decisions they “refuse or are unable to make.”

How to install the tvOS 15.6 developer beta 4 on your Apple TV

How to install the watchOS 8.7 beta 4 to your Apple Watch