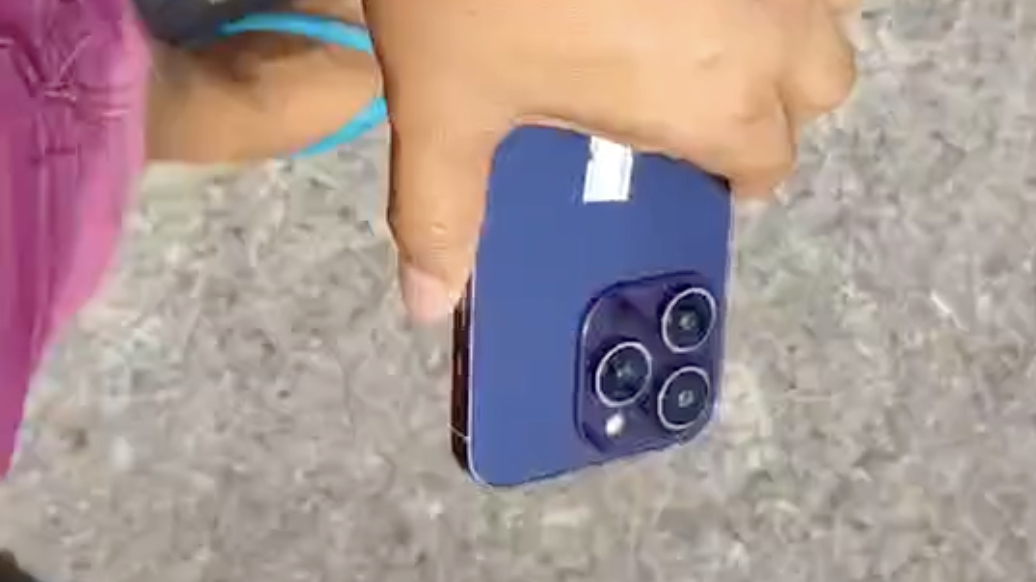 We’re less than two weeks away from Apple’s “Far Out” event on September 7, and we may have just gotten a look at a purple iPhone 14 Pro in the wild.

Twitter account DuanRui posted a video earlier today that shows what appears to be an iPhone 14 Pro in the hands of someone. As they move the iPhone around it looks like, at certain angles, it is actually a purple-colored iPhone.

You can check out the video shared on Twitter below:

The video seems to be pulled from an upload to the social media site Weibo. The post on that website says:

“From the latest model, it can be seen that the color of apple is a bit interesting. Purple will only appear at a certain angle.”

Are we getting an iPhone 14 Pro in Purple?

While there’s nothing like seeing a video of a potential iPhone color, there’s always the possibility it is simply a model rather than a real phone. The fact that the phone isn’t shown with its display on is another reason to cast doubt on its being legitimate.

That said, it would be awesome to see Apple continue to expand its colorways on the iPhone and bring a bold new color to the Pro lineup. This wouldn’t be the first time we’ve gotten a purple iPhone, however. Apple released a purple iPhone 12 as a special color a couple of years ago.

If we do get a purple iPhone 14 Pro, we’ll see it at Apple’s “Far Out” event that the company is holding on Wednesday, September 7. In addition to the iPhone 14, Apple is also to announce the Apple Watch Series 8 as well as the second generation of the Apple Watch SE. An Apple Watch Pro and AirPods Pro 2 are also rumored to be announced at the event.

Apple is no longer signing iOS 15.6 for the iPhone