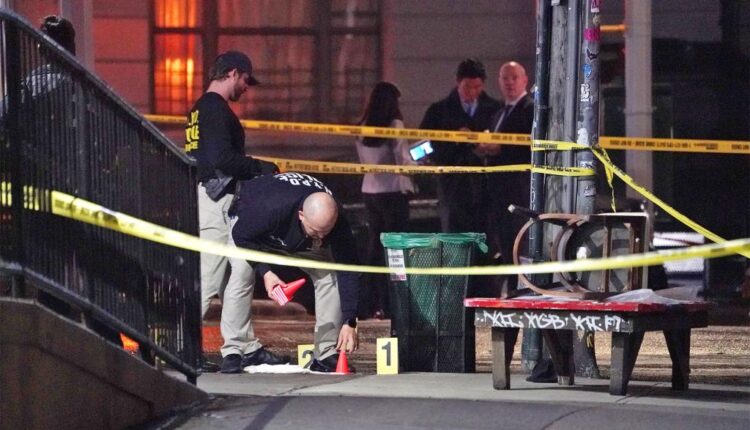 Oregon’s disastrous 18-month-old experiment in drug legalization is a lesson in why progressive social policy routinely fails: It’s all carrots, no sticks.

The state dropped punishments for possession of heroin, meth, cocaine, and other hard drugs to a fine. The result? Less than 1% of eligible users admitted to the state’s costly therapy program —while opioid overdoses have shot up by 56%.

It’s the same story in New York, where criminal justice “reforms” has more teens carrying and shooting guns — and more getting shot. Young and old, serial offenders walk free until they get caught drawing innocent blood.

Or look at San Francisco, where woke politicians offered nothing but services and treatment as the homeless, many with mental health or addiction issues, overwhelm the city (and ignore the offers). ‘Frisco’s last tally of homeless hit 7,800, the second-highest level since 2005.

Look at the southern border, where President Biden, national Dems, and big-name non-profits are beckoning illegal migrants in by the million with material aid and whiffs of de facto citizenship.

All policies vastly increase the amount of human suffering in the world — and all are undertaken in the name of compassion, the marquee virtue of contemporary progressives.

But making it easier for a heroin addict to shoot up is the opposite of compassion. So is removing real consequences when a kid starts heading down a criminal path. And letting homeless people suffer and die instead of forcing them to get off the street and get help. And waving illegal migrants in with zero plan for them to find jobs or housing and zero concern for the border towns overwhelmed by the influx.

That America’s most vulnerable groups are overrepresented among criminals, addicts, and the homeless, and so are disproportionately harmed by these terrible policies, doesn’t seem to ruffle lefty feathers in the slightest — proving yet again that progressive politicos and officials are all talks when it comes to actually help the disadvantaged.