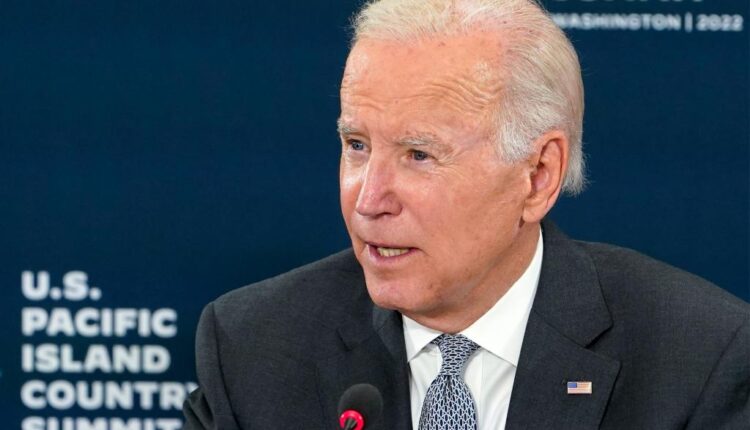 If, as seems increasingly likely, the United States and world have a hard economic landing next year, of one thing you can be sure: Policymakers both at home and abroad will not assume responsibility. Rather, they’ll point to COVID, a once-in-a-century health crisis, and Russia’s invasion of Ukraine as the primary causes of our economic woes.

The truth of the matter, however, is different. Without a series of egregious policy missteps in a number of the world’s major economies, we could have avoided a hard world economic landing.

Let’s start at home. Last year major mistakes were made that paved the way for multi-decade-high inflation and an equity and housing market bubble. In March 2021, when the US economy had already received a staggering $3 trillion in budget support, the Biden administration rushed through Congress the $1.9 trillion American Rescue Plan. This meant that over a two-year period, public spending increased by some 20% of GDP. That’s by far the largest US peacetime budget stimulus on record.

Making matters worse, the Federal Reserve kept its pedal to the monetary-policy metal even when the economy was recovering strongly and when the equity and housing markets were on fire. It kept its policy interest-rate at its zero lower bound and flooded the market with $120 billion a month in liquidity via its bond-buying activities.

Major policy mistakes were also made in China, the world’s second-largest economy and until recently its main engine of economic growth.

Through years of reckless lending, China’s central bank managed to create a property and credit market bubble larger than that which preceded the 2007 US housing and credit market bust. More recently, through pursuit of a misguided zero-tolerance COVID policy, the Chinese government has managed to snuff out economic growth by locking down major cities like Shanghai and Beijing. No longer can the world economy count on China to help bail it out from any economic downturn.

In Europe, one has to wonder what former German Chancellor Angela Merkel and her Italian counterparts were thinking when they allowed their countries to become so highly dependent on Russian natural-gas imports for their energy supply.

It is only now that Russia has shut down its gas exports to pressure them not to support Ukraine that European policymakers seem to be grasping the magnitude of their error. They’re doing so as they face natural-gas prices the equivalent of oil at $300 a barrel, which are tipping their economies into recession.

Not to be outdone, the United Kingdom is making economic policy errors worthy of an emerging market economy. At a time the country is all too dependent on the kindness of strangers to finance its large twin budget and current-account deficits, it throws caution to the wind in the way it manages its budget. It’s introducing an un-targeted gas subsidy at the cost of $150 billion and a tax cut costing close to $50 billion. Little wonder that the pound has sunk like a stone to its lowest level in the past 35 years.

Unfortunately, it seems we are not yet through with major economic policy mistakes. Having been asleep at the wheel last year when inflation took hold, the Federal Reserve has now found monetary-policy religion. That’s inducing it to engage in overkill to bring inflation under control.

Not only is the Fed raising interest rates in unusually large 75 basis-point steps even as the economy shows clear signs of slowing. It’s also withdrawing market liquidity by $95 billion a month even while the financial markets are on the back foot.

It is said that success has a hundred fathers but failure is an orphan. Next year, if the US and world economies do succumb to deep recessions, we will once again find out how true is that adage.

Desmond Lachman is a senior fellow at the American Enterprise Institute. He was a deputy director in the International Monetary Fund’s Policy Development and Review Department and the chief emerging market economic strategist at Salomon Smith Barney.

As Putin tries to carve up Ukraine, Biden must go for broke — and deliver Kyiv better weapons