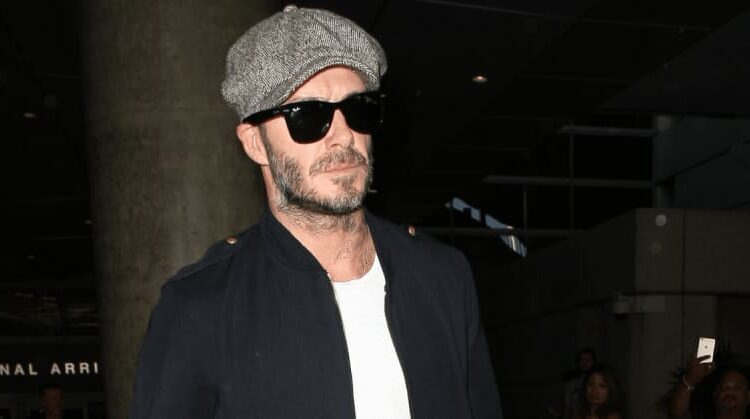 U.K. police are on a manhunt for a David Beckhamlook-alike who broke into a building site, RadarOnline.com has learned.

Police have released CCTV footage of a young lad donning a pageboy-style hat and red jacket as he allegedly broke into a construction site. The released footage has caused a storm of coy conversations around the unknown man’s uncanny resemblance to the former England soccer star.

It’s the latest in a string of headlines surrounding rumors that the Beckham’s marriage is on the rocks. The incident also comes on the heels of the famous family being victims of a home break-in earlier this year.

According to The Sun, South Yorkshire Police said of the September 18 event: “The suspect entered and left the site several times, with a quantity of copper piping and work tools taken during the burglary.”

Law enforcement continued, “It is also reported the suspect damaged a number of security cameras.”

The destruction of security cameras failed to erase all images of the accused thief and internet jokesters have kept the conversation — and photos — trending as the look-alike’s image appears as if it could have been a candid shot of the beloved Englishman, who has been known to sport similar fashion.

While the continuing circulation of the CCTV footage has been viral, no arrests have been made so far. This is not the first time his name has been associated with breaking and entering.

Earlier this year, while rumors of ongoing family drama between daughter-in-law Nicola Peltz and Victoria raged on, the Beckhams were the victims of a break-in at their London mansion.

A masked burglar entered their London home in March and raided its contents for valuables. The Beckhams were home at the time of the break-in, but thankfully, no one was injured as a result of the crime.

“The thieves had broken through a window and darted straight back out of the same one with a small number of items,” a source said at the time. “Luckily, none had a huge amount of sentimental value to the family.”

Cruz Beckham, the youngest son of David and Victoria, was the first to become aware of the situation after coming home to broken glass.

“Cruz discovered the break-in when he arrived home in the early hours with some friends,” the pal shared. “He immediately ran to wake his dad and David carried out a search of the house in case the burglar was still inside the premises.”

“The family were clearly shaken up by what happened. It was very upsetting for them,” they added about the alarming incident.