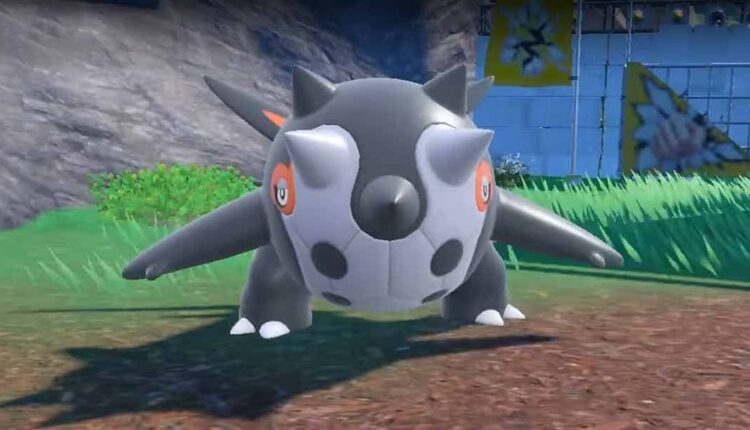 One of the biggest joys of any Pokémon game is coming across a creature in the wild that has different coloring than usual. These so-called Shiny Pokémon don’t have increased stats, but they are fun to show off and work towards collecting. Fortunately, with Scarlet and Violet, there are more ways to get Shinies than ever before. We’ll discuss how to increase your Shiny odds by going over Sandwiches, breeding, the Shiny Charm, and much more.

Since Scarlet and Violet only just released, we’re still gathering info and will continue to update this page regularly.

SPOILER WARNING: This page is full of images and information that spoils parts of Scarlet and Violet.

Within Pokémon Scarlet and Violet, your base chances of encountering a Shiny Pokémon are 1/4000. Fortunately, there are ways to increase your Shiny chances.

Since these games only just released, we’re still learning more about the exact Shiny rates and how much things like the Shiny Charm increase your odds. So we’ll come back with those exact numbers when we learn more.

Yes, unfortunately the starter Pokémon that you choose at the start of the game cannot be Shiny, so don’t waste your time restarting your game over and over again. However, you can eventually breed your starter in hopes of getting a Shiny version that way. We’ll go into breeding further in this article.

How to get the Shiny Charm

The Shiny Charm permanently increases your chances of encountering a Shiny once you’ve acquired it. To get it, you need to complete the Pokédex by catching every Pokémon that is available in both Scarlet and Violet. Then go and talk to Jacq and he will give you the Shiny Charm.

Are Shiny Pokémon visible in the overworld?

Yes, Shiny Pokémon appear Shiny in the Scarlet and Violet’s overworld. However, unlike Legends: Arceus which made sparkles appear in the distance so you were very aware that a Pokémon was shiny, the Shiny Pokémon in Scarlet and Violet only sparkle after you interact with them going into battle. Because of this, you need to keep your eyes peeled for any Pokémon around you that are a different color than usual.

This, of course, is tricky for Shiny Pokémon like Pikachu who are only a slightly different color from normal. When in doubt, engage a Pokémon to see if it sparkles. It’s worth noting that you shouldn’t get too far from a Shiny Pokémon after spotting one or else it could despawn and not come back.

Scarlet and Violet have Auto Saves on by default, but fortunately, you can go into the settings and turn this off. That way, if you come upon a Shiny Pokémon, you can go manually save and then enter the battle. If something goes wrong, like you accidentally defeat it, then you can reload your last save and the Shiny will still be there.

Mass Outbreaks were introduced with Legends: Arceus and describe a limited-time event where many of the same species of Pokémon spawn in a small area of the map. Because so many spawn at once, your chances of finding a Shiny Pokémon among them increase dramatically.

If you’re in the middle of a Mass Outbreak and don’t see any Shinies then start defeating the Pokémon around you using auto-battling to get new spawns to quickly appear. If you’re lucky, at least one of the new spawns will be Shiny. Thankfully, Scarlet and Violet are designed in such a way that your Pokémon cannot auto-battle a Shiny Pokémon, so if your team member refuses to auto-battle a Pokémon it could be Shiny.

To find Mass Outbreaks, simply open your map and look for a question mark symbol on the map. Head to that location and see what is mass spawning.

When players interact with Shiny crystals poking out of the ground, they can be transported into a Tera Raid Battle and the Pokémon you’re fighting can be Shiny.

As stated previously, it’s better to turn off auto-saves and manually save before jumping into a den. That way, you can reload your last save, invite friends to fight the den with you, and go after the same Shiny Pokémon together. Just don’t go far from the den after reloading or it might change who’s inside.

As usual, it is possible to breed a Shiny Pokémon. But unlike previous Pokémon games, Scarlet and Violet do not have nurseries or daycares. In order to breed Pokémon, you need to go on a picnic with two compatible Pokémon on your team.

While picnicking with two breedable Pokémon, Eggs will appear in the picnic basket on the ground, so just hang out for a while and let them spawn. You can only hold a total of 10 Eggs at a time, so you’ll want to leave the picnic area, run around in the overworld to get them all to hatch, and then return to the picnic area to gather more Eggs. Doing this will allow you to get far more Eggs than ever before in any previous Pokémon games.

The Masuda Method (named after its creator, Junichi Masuda) refers to the fact that breeding Pokémon from different nationalities increases the chances of them producing Shiny offspring. For instance, if you get a Pikachu from someone in France and you breed it with a Pikachu you caught in the US, the Egg’s Shiny chances go up.

Since Ditto can breed with the most Pokémon of any other creature, it’s a good idea to catch one as soon as possible if you want to breed for Shinies. Better yet, try to trade a Ditto with a Ditto from someone from another country and you’ll be all set.

Where to catch Ditto

Ditto can be caught in the West Province Areas Two and Three. However, Ditto disguise themselves in Scarlet and Violet’s wild areas to look like other Pokémon. So you’ll need to head to the areas where Ditto spawns and then just start battling species until one reveals itself as a Ditto. Look at the name rather than the look of a Pokémon to determine if it’s Ditto since they will look identical and won’t have the silly Ditto face from the anime.

You can eat various foods during picnics that give you certain stats perks, but some will be more helpful than others when it comes to Shiny hunting. Craft the right foods for your needs to increase your odds.

Sandwiches with Egg Power are most important for Shiny breeding since they increase the number of Eggs that will appear. Meanwhile, foods with Sparkling Power make it so you’re more likely to encounter a Shiny Pokémon out in the overworld.

Now, if you’re looking for a specific type of Shiny Pokémon, then eating food with Encounter Power for that Pokémon type will help it spawn more often in areas where it spawns already. For instance, if you go to a place that Gastly spawns after eating food with Encounter Power for Ghost types, you’ll see a lot more Gastly in the area than usual. Run around and perform auto-battles to see if any are Shiny.

Once you beat the main game and become champion, you’ll want to start diving into Tera Raid Battles more seriously than before. That’s because you’ll gain access to 5 Star Raids, which drop Herba Mystica once defeated. These ingredients are important for building secret sandwiches that increase Shiny chances for specific types, effectively making a mass outbreak for that type. Here are all of the ingredients you need for each type:

You can go Shiny hunting when visiting someone else’s game in Scarlet and Violet. However, if a Shiny does appear in the overworld, only one person will be able to catch it. Additionally, if one person interacts with it but then tries to run away, the Shiny will disappear.

In case you’re curious, Professor Rex on YouTube has already uploaded a video of every new Shiny Pokémon in Scarlet and Violet. As you can imagine there are plenty of spoilers here so don’t watch if you don’t want anything revealed that you don’t want to see yet.

What are Paradox Pokémon?

They are considered past or future forms of a particular species that were first introduced with Scarlet and Violet. Scarlet holds Past Forms while Violet has Future Forms.

Pokémon games are magical in that they continue to be fun to play even after you beat the main story. For me, one of the greatest pulls is finding Shiny Pokémon or breeding them. There are so many ways to increase you chances of getting a Shiny in Scarlet and Violet that you can easily spend hundreds of hours in the process.

While there are no guarantees that you will ever catch a Shiny, many people have already stated that they’ve caught a handful in their first play through. So keep at it and perhaps you’ll eventually get some.