Pokémon Scarlet and Violet Path of Legends: How to beat all Titans and unlock all Travel Abilities 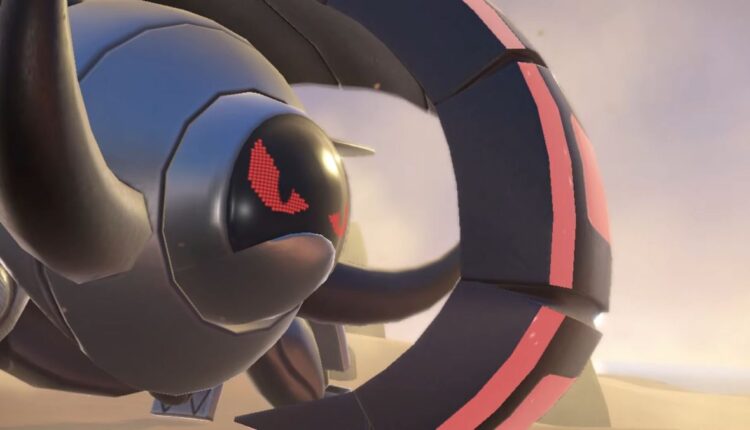 The Path of Legends storyline is all about chasing after massive Pokémon known as Titans while working alongside upperclassman, Arven. Each Titan is at a different level and can perform some powerful attacks for a challenging battle.

Of course, battling Titans in Scarlet and Violet isn’t just fun, it’s necessary for allowing you to unlock Travel Abilities for Koraidon and Miraidon like Surf, Glide, and Climb. So, you’ll want to take down these Titans as soon as you can.

SPOILER WARNING: In order to give helpful tips on the Path of Legends storyline, we had to include some spoilers.

All Titans and their Stats

Each player will need to participate in six separate battles to complete the Path of Legends storyline in Scarlet and Violet. Here are all of the Titans and battles you’ll experience listed in the order we think you should attempt them in within these Pokémon games. Make sure to bring plenty of potions and healing items to these battles as they can be challenging.

Since Klawf is the lowest-level Titan on this list, it makes sense to work on it first. It’s best to have your team be Level 15 or higher when facing it. You’ll find it by heading East from the Naranja or Uva Academy between South Province (Area Three) and East Province (Area One).

Sprigatito and Quaxly are excellent choices to make quick work of the Klawf Titan since Grass and Water are great against Rock. However, if you chose Fuecoco or didn’t keep your starter then it’s a good idea to grab a Water or Grass type before this battle. Some good choices are Psyduck, Hoppip, or Skiddo.

Note that this will be a two-part battle. After you get his health down the first time it will run away, but you can find it again roaming near the bottom of the cliff you’re on.

Once you defeat Klawf, you’ll be given Dash, which allows you to ride on Koraidon or Miraidon faster along the ground.

Bombirdier is only a few levels higher than Klawf, so you can easily track it down shortly after defeating the giant crab. We recommend being Level 18 or higher for this battle. You’ll find Bombirdier to the northwest of Naranja or Uva Academy in the West Province (Area One). The path to it will be littered with rolling rocks, so avoid getting struck by these.

Since Bombirdier is a Flying/Dark-type, it’s weak against Electric, Rock, Ice, and Fairy attacks. As such you’ll make quick work of it if you have Pawmi, Shinx, Bonsly or Nacli on your team. If you happen to have gotten the special Flying Tera-Type Pikachu via Mystery Gift then its Electric attacks will be a good fit here too.

As with Klawf, this battle has two parts. After whittling down its health the first time Bombirdier will flee, consume some Herba Mystica, and become more powerful. Heal your team as much as you need to, but keep hacking away at it with those Electric and Rock attacks to eventually defeat it. Arven will also be there to help take it down faster.

After defeating Bombirdier, you’ll unlock Surf for Miraidon or Koraidon. This means you’ll be able to instantly travel over water when on top of your Legendary ride.

You’ll want to get your team up to Level 27 or higher before initiating this Titan battle and bring several potions along as this will be a challenging fight. You’ll find Orthworm by heading north from the Naranja or Uva Academy through East Province (Area One) and East Province (Area Two). The battle won’t start until you Dash into Orthworm a few times using the Travel Ability you unlocked by beating Klawf.

To start the second part of the battle, head into the tunnel it funneled and keep using Dash once again on it until it reemerges. As usual, it will have consumed Herba Mystica to buff up its stats so be ready to use potions to heal your team as much as you need while continuing to belt it with Fighting, Fire, and Ground attacks. Eventually, you and Arven will defeat it.

Once Orthworm is beaten, you’ll unlock Jump for your Koraidon or Miraidon, which allows your Legendary to launch up higher into the air than they could before. This will make it easier to explore going forward and is a great precursor for Glide, which you’ll get later.

The Path of Legends storyline alters a little at this point depending on if you are playing Scarlet or Violet. If you’re playing Scarlet, the next Titan you’ll want to defeat is Great Tusk — a Paradox Pokémon. We recommend getting your team to Level 43 or higher before going after it. This past version of Donphan can be found to the west of Asado Desert. Just look out for the massive creature roaming the sands.

Great Tusk is a Ground/Fighting-type, which means it’s weak to Water, Grass, Ice, Flying, Psychic, and Fairy attacks. So if you chose Quaxly or Sprigatito as your starter their evolutions, Quaquaval and Meowscarada are great fighters for this battle. Other great Pokémon for this Titan fight are Gyarados, Azumarill, Lilligant, and Dachsbund. Keep blasting it with those powerful attacks until you get its health down and it runs like all the other Titans have before it.

Catch up to it’s large body in the distance and you’ll find that its stats have been buffed like the others did before it. Continue to strike it with Water, Grass, Ice, Flying, Psychic, and Fairy attacks until you and Arven defeat it.

Once you knock it out, you’ll unlock Glide, which — as the name suggests — lets Koraidon or Miraidon glide in the air by pressing B after already being in the air. Use it to travel to new places and explore Paldea further.

The Path of Legends storyline alters a little at this point depending on if you are playing Scarlet or Violet. Those playing Violet will go after Iron Treads — a Paradox Pokémon. We recommend getting your team to Level 43 or higher before seeking it out. This future version of Donphan can be found to the west of Asado Desert and is hard to miss since it’s so large.

Iron Treads is a Ground / Steel-type, meaning it’s weak to Fire, Water, Fighting, and Ground attacks. I’d avoid bringing another Ground-type in, though, since it can get damaged badly as well. Skeledirge and Quaquaval are perfect choices for anyone that chose Fuecoco or Quaxly as there starter. Otherwise, it’s good to have Annihilape, Pyroar, Golduck, and Drednaw for this battle. Get its health in the red using its weaknesses against it and then it will run off.

Track it down and you’ll find it’s gotten more powerful like the other Titans before it. Arven will join you in battle so just keep hacking at it with powerful Fire, Water, Fighting, and Ground attacks. If your health gets low, boost up your Pokémon with Potions and healing items until Iront Treads is defeated.

Once that’s over, you’ll unlock Glide, allowing Koraidon or Miraidon drift on air currents simply by pressing B while your Legendary is already in the air.

You’re going to want to get your team up to Level 54 or higher before facing this Titan. Trust me, you’re going to want to stock up on Potions and healing items before this battle. It’s also important to note that you cannot go after Dondozo unless you’ve already unlocked Surf since it’s located on Casseroya Lake’s right side.

Dondozo is a Water-type, which means it’s weak to Electric and Grass attacks. Meowcarada will be an excellent choice for anyone who chose Sprigatito as their starter. Otherwise, it will help to have Electric or Grass Pokémon like Raichu, Luxray, Scovillian, and Breloom on your team. Knock Dondozo out of the water by exploiting its weaknesses. You should also make sure you have a Fairy-type on you like Florges, Dachsbun, or Sylveon. I’ll explain why later.

This Titan will swim off after its health gets low enough the first time, but just jump on your Koraidon or Miraidon and Surf after it. You’ll find it next to an island to the west of your first battle. Of course, Arven will once again show up to help you take it down. Continue to launch Electric and Grass attacks until it is defeated. Make sure to take time for potions if you need them as well.

Surprise! After defeating the large fish, you’ll now have to take on this smaller fish. But don’t underestimate it. Tatsugiri is a Dragon / Water-type, so it’s weaknesses are Dragon and Fairy. Thing is, Dragon is strong against Dragon, so you don’t want to bring a full-on Dragon-type unless it has a useful Tera Type it can change into. For example, Baxcalibur or Cyclizar with a Fairy Tera-Type would be an excellent choice here. Having Florges, Dachsbun, Sylveon, or other strong Fairy-types will also make this battle go more smoothly.

Keep attacking with Fairy and Dragon hits until this little guy is defeated. After that, you’ll learn Climb, which is one of the most useful Travel Abilities for getting to hard-to-reach places. Enjoy exploring Paldea in a new way.

After taking down all of the Titans together it’s really only natural that you and Arven will square off. As long as your team is around Level 58 or higher, this shouldn’t be too hard. He’s a trickier opponent since he doesn’t have a specific type that he sticks to, but you can defeat him with the right team.

Of the starter evolutions, only Meowscarada really has a an advantage since it will be strong against two of Arven’s team members while Quaquaval and Skeledirge will only be strong against one each. As long as you come in with a varied team that includes at least one Grass, Fighting, Electric, and Flying-type you should be able to manage well here if you use everyone with the right opponent. An example team would be: Lilligant, Lucario, Luxray, Talonflame, Baxcalibur, and your starter.

Arven will explain some additional storyline elements, but you won’t be able to participate in these unless you’ve already completed the Victory Road: defeat all Gyms Leaders, the Elite Four, and the Champion as well as defeated Team Star.

Beat those Titans and get all those Travel Abilities

There are a lot of challenging battles in the Path of Legends storyline, but its a fun experience that you can get through if you bring the right Pokémon to the fight. Remember that potions are your best friend and it is easy to swap out Pokémon between battles if you need someone with fresh PP and health.

Of course, one of the best parts about defeating the Titans is unlocking new Travel Abilities so you can more easily explore Paldea with your Legendary mount. Good luck and enjoy the story as it unfolds.

On a visit to Kherson, I see why the Ukrainians will win — with our support