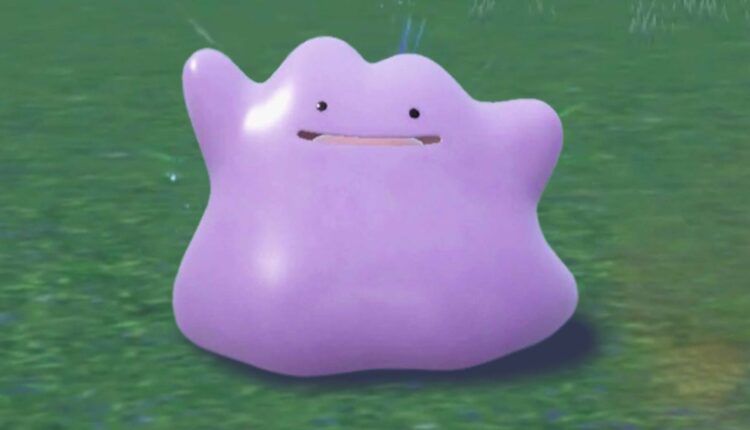 Ditto is one of the most useful Pokémon in Scarlet and Violet because it can breed with most Pokémon in the Dex. However, the sneaky little blob is harder to find in Gen 9 than he has been in previous Pokémon games. We’ll go over where to find it, how to catch it, and how to use the Masuda Method with it.

Ditto Locations: Where to find it

The problem is it won’t look like Ditto in the wild. That’s because unlike previous Pokémon games, Ditto disguises itself to look like other Pokémon, similar to how Ditto behaves in Pokémon Go. This disguise is perfect and doesn’t feature the goofy Ditto face from the anime.

Which Pokémon can be Ditto in Scarlet and Violet?

Here are all of the Pokémon that we know it can disguise itself as. We’ll add to this list as we discover more.

How to catch Ditto

To find Ditto, you’ll need to enter battles with every Pokémon you see in Ditto’s habitat and hope the creature turns out to be the purple blob. If it is, it will change to Ditto immediately after a battle starts. The name that appears above its head during battles will always be “Ditto” and not the Pokémon it’s impersonating.

Additionally, if you know for a fact that you’ve already added a certain Pokémon to your Dex, but “???” is appearing above its head in the wild, then you know it’s a Ditto.  For example, I had already caught a Meowth, but then I saw one with question marks above its head, which means it is actually the purple blob.

Hiding as other Pokémon

Ditto is a sneaky Pokémon since it won’t be who it appears to be. You’ll need to interact with each Pokémon in Ditto’s habitat to see if it changes into its normal self. Then work to get its health down and catch it with a Poké Ball. Good luck hunting this blob down and don’t forget to try and trade it with another Ditto from a different country if you can.