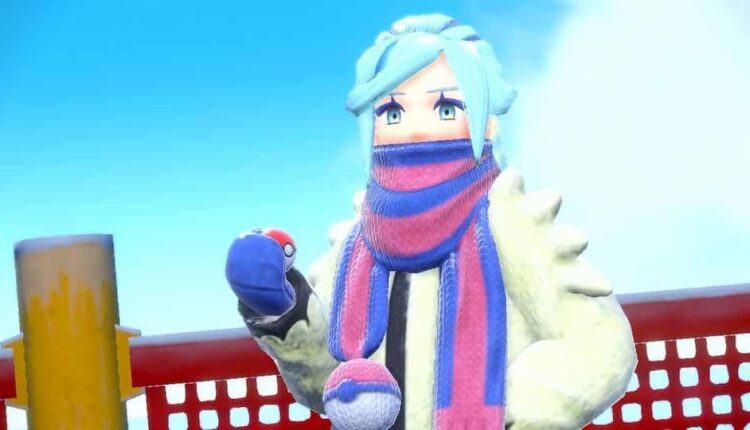 In order to be the very best like no one ever was, you’ll need to beat Scarlet and Violet’s eight gyms and then battle way through the Elite Four. Each of these NPCs offers a challenging team made even more complex via the Terastal phenomenon, which can change a Pokémon’s type in battle.  Don’t worry. We’re here to help.

NOTE: Pokémon Scarlet and Violet changes things up from previous Pokémon games by allowing players to defeat gyms in whatever order they want to. We’ve listed the Gym Leaders in the order that the game recommends you defeat them in.

I highly recommend that each member of your team be Level 13 or higher when you get here. If you chose Fuecoco as your starter, it’ll shine in this battle against all three opponents (as will any Fire-type). Some other excellent Pokémon to use are Fletchling and Starly as they make quick work of Bug-types.

Your team should at least be Level 15 before starting this match, if you want this to go smoothly. Since Brassius’ Pokémon are straight-forward Grass-types, you can easily defeat them with a Fire-type like Fuecoco, Litleo. Flyiing-types like Fletchling and Rookidee are also excellent choices.

Since Electric-types have fewer weaknesses and you’re facing one more opponent than you have for the last gyms, I recommend being at Level 22 or higher. Most of Iono’s Pokémon are weak to Ground attacks, so you’ll want to have Diglett, Mudbray, or another Ground-type on your team. Be aware that Ground-type moves have no effect on Wattrel, though, since it’s a Flying-type. Instead, you’ll want to employ Rock or Ice moves to bring it down quickly.

Kofu’s a pretty straightforward opponent, but it’s best to have your Pokémon team at Level 27 or higher before facing him. Come to the battle with at least one Electric or Grass type. If you chose Sprigatito, then this is where it will shine. Pawmi is an excellent Electric-type to use here as is Pikachu.

Larry’s entire team can easily be taken down with just plain Fighting moves, so you’ll want to have a Fighting-type like Primeape, Annihilape, or Lucario in this battle.

Remember that Staraptor is usually a Flying-type before Terastallizing, so it has attacks that are super strong against Fighting-types. But with the Normal Tera-type in place it’s now weak to Fighting moves as well. If you can manage to knock it out with a Fighting-type attack before it attacks your Fighting-type Pokémon with a Flying-type attack you’ll be all set. But if you want less of a gamble then Water, Fire, or Grass attacks from your main starter will take it down pretty easily.

Due to some extra battle elements, I recommend that it’s best to face Ryme when your team is at Level 40 or higher.

Before we go any further, you should note that Ryme’s battle is different from others since the crowd affects team stats. Whenever you or Ryme have a Pokémon feint, the crowd will boost the accuracy, attack, or defense of the rest of the members from that Pokémon’s team.

Ghost-type attacks cannot hurt Normal-type Pokémon and vice versa, so it’s useful to bring a Normal-type into the battle that knows Dark or Ghost-type moves. For instance, Pyroar would be an excellent choice when it learns Crunch at Level 42. Other good options are Ursaring or Blissey.

Since Toxtricity is usually an Electric / Poison-type, you’ll need to remember that it will know those kinds of moves. So don’t bring in any Water, Flying, Grass, or Fairy-types against it.

Your team will perform much better if they are at least Level 42 or higher for this battle. Psychic-types are weak against Bug, Ghost, and Dark. Things get a little tricky here though since two of Tulip’s Pokémon know Fairy-type moves, which are strong against Dark Pokémon. As such, it’s a good idea to have Haunter or Gengar on your team for this battle. They can inflict Dark attacks, but don’t have Dark weaknesses.

Things start to ramp up once you get to Grusha, so it’s best for your whole team to be around Level 46 or higher before facing him. Additionally, you do not want to bring a Grass-type into this battle as it will get absolutely destroyed.

If you chose Fuecoco, then he should be at his final evolution, Skeledirge, by now and more than capable of taking everyone out on its own.  Otherwise, you’ll want to have a Rock, Steel, or other Fire-type in your party. I suggest using Pyroar, Armarouge, or Ceruledge when going against these icy foes.

The Elite Four and the Champion

Now that you’ve beaten all of the Gym Leaders, you can continue on your path through Victory Road to the Elite Four and the Champion. Make sure to stock up on plenty of healing items before coming here. You’ll be able to access your bag and swap out Pokémon on your team between battles, so make sure everything is ready to go.

Rika may be the first member of the Elite Four you face, but he won’t be easy. I recommend your team be at Level 66 or higher before starting this battle. Rika’s focus is on Ground-type Pokémon, so if you chose Quaxly or Sprigatito, their final evolutions, Quaquaval and Meowscarada, will be very effective here.

At any rate, it would be helpful to have at least one Grass and one Water-type on your team. Vaporeon, Gyarados, Palafin, Toedscruel, or Leafeon are all excellent choices for taking everyone down quickly. Remember that Clodsire knows Poison attacks, which will hurt Grass-types pretty badly, so pull any Grass-types out at the end.

At this point, you’ll want your Pokémon to be around Level 67 or higher. Poppy is a very challenging opponent, but she’ll be leveled pretty easily as long as you have a good Fire-type on your team. So pull out Skeledirge if you have him and let him blast through everyone here. Other great choices are once again Pyroar, Armarouge, or Ceruledge.

Larry might have been a Normal-type Gym Leader, but his focus as a member of the Elite Four is Flying-types. You’ll want your team to be Level 67 or higher when facing him again. Having a good Pokémon with solid Ice-type attacks will get you far during this fight. Some excellent choices are Baxcalibur, Beartic, Cetitan, and Glaceon.

By the time you get to Hassel, you’ll want your team to be at Level 67 or higher as this will make things move much more smoothly.

Strangely enough, you’ll want to keep your Ice-type Pokémon that you used with Larry for this next battle too. Although, if you keep Baxcalibur around, you’ll want to make sure it has a Ice Tera-type assigned to keep it from getting destroyed by Dragon-type attacks. Once again, Beartic, Cetitan, or Glaceon will also be great for this fight.

As is usually the case, The Champion offers the most varied team out of anyone you face in Scarlet and Violet. I recommend having a strong Fire-type first and foremost before facing Geeta. If you have Skeledirge, he’ll annihilate half the team. If you don’t have him then Armarouge, Ceruledge, and Pyroar are also excellent Fire choices. It will also help to have a strong Fighting-type like Lucario or Annihilape to take down Kingambit, Avalugg, and Glimmora.

This will be a challenging battle, so heal often, swap out Pokémon when you need to, and make sure to keep each Pokémon’s weakness in mind. You’ll have her beat in no time.

Beat ’em all to become the very best

Some of the Gym Leaders and members of the Elite Four will be major challenges that players will need to overcome. However, if you take advantage of each opposing Pokémon’s weaknesses and have a varied team as you travel around, you’ll be more likely to come out on top.

Terastallizing changes up what players need to expect from the last Pokémon that each Gym Leader, Elite Four member or Champion throws out. But if you come in properly prepared and on your toes, you won’t have too much of a problem defeating them all.