Pokémon Scarlet and Violet for Nintendo Switch review: Best and worst Gen of all time 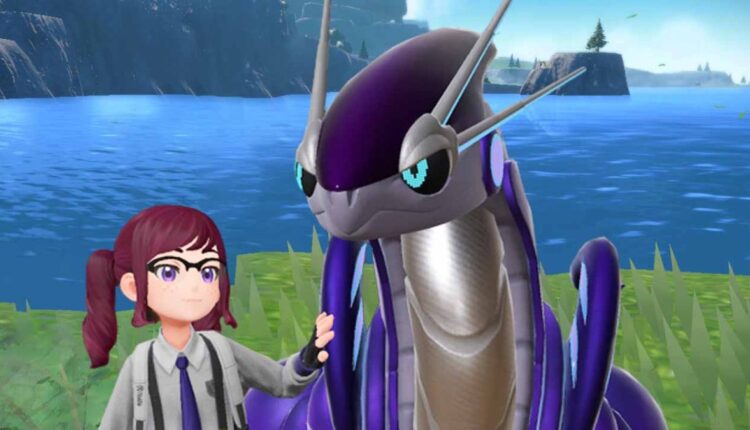 Pokémon has been one of my favorite game franchises ever since I first played Red in elementary school. However, when Sword and Shield was released in 2019, it became highly apparent that the series had grown stale, keeping to old game mechanics and hardly changing from the original games. So I became incredibly excited when I saw Scarlet and Violet were open-world games that provided brand-new features and the ability to wander just about anywhere.

Players start the game the usual way by choosing a starter, but then they encounter an injured Legendary Pokémon of mysterious origin and decide to take care of it. Additionally, they soon learn that the Paldea region is home to a strange crystalizing occurrence called the Tera Phenomenon that can change a Pokémon’s type and make it more powerful. So it’s up to players to explore the region, catch Pokémon, and uncover the mystery of their Legendary friend.

I chose to play Violet, and it took me roughly 25 hours to beat the story and get the credits to roll. So how was it? On the one hand, Scarlet and Violet are excellent in that they offer the best plot of any Pokémon game, feature several improvements to previous games, and finally provide the exploratory open-world fun that I’ve long wanted for the series. However, on the other hand, they are horrible performance-wise and leave much to be desired in terms of frame rate and lag.

Disclaimer: This review was made possible by a review code provided by Nintendo. The company did not see the contents of the review before publishing.

I was skeptical about how freely I could roam in Scarlet and Violet since these are the first open-world Pokémon games ever made, but my skepticism proved unfounded. Shortly after starting my file and choosing my starter, I was able to go run off and catch wild Pokémon as much as I wanted. However, to advance the plot, I had to go to the Academy, located near the bottom center of the map. The city housing the Academy acts as a kind of hub, with each door opening in a different direction. There are a handful of other hubs, but most locations are free to explore and blend into each other.

Auto-battling and other improvements

The fun battling and catching mechanics that the series is known for are still at play in Gen 9, but they’re made even better with the introduction of auto-battles. Don’t worry. Players can still engage in traditional turn-based fights. Still, they can also throw a Pokémon out in the overworld and have it, battle creatures without initiating the separate fighting mode. This allows players to quickly grind and level up their Pokémon, preventing the games from getting tedious and making the games more approachable for young or new players.

A handful of minor improvements also worked well to make the traditional Pokémon experience better—for instance, having the store and Pokémon Centers combined into a one-stop spot where players can interact from the overworld without going into a building. As a result, it’s much easier to heal Pokémon and get needed items without wasting more time than necessary between loading scenes. Even the cutscene for healing Pokémon goes faster and doesn’t feel as drug out, so players can get back to exploring faster.

Another awesome thing about these Pokémon Centers is that they function as fast travel points. They’re positioned well throughout the map to let players quickly get to important spots. What’s more, fast travel is basically available from the start and requires that players have been to a certain fast travel point once already before they can fly to it.

As far as multiplayer goes, the Tera Raid Battles that allow for up to four players to experience together feel an awful lot like Sword and Shield‘s Max Raid Battles but far more streamlined. Instead of having to wait for another player to take their turn, players can keep battling and bringing down an opposing Pokémon‘s health on their own. No more delay from a bad internet connection or waiting for that one guy who got distracted and isn’t looking at his Switch anymore.

I’ll be the first to admit that Pokémon games aren’t really known for their intricate plots. Usually, there’s a bad team that’s out to use Pokémon for nefarious means and it’s up to the player to stop them. However, I’m pleased to say that Scarlet and Violet’s plot offers so much more than this. I won’t go into details so as to keep from spoiling anything, but suffice it to say that I got sucked into the game’s final missions and was so intrigued by how character stories unfolded that I couldn’t wait to get to the end and uncover everything. It’s by far the best plot of any Pokémon game out there with emotional moments and an ending that pays off.

Players find an injured Legendary Pokémon at the start of the game and try to figure out where it came from since it looks like nothing that’s ever been seen before. Scarlet players get the Fighting/Dragon-type Koraidon while Violet players get the Electric/Dragon-type Miraidon. This creature acts like a bike that can be ridden everywhere, but it unlocks new travel abilities like Dash as the game progresses, giving players something to work towards.

As I said previously, it took me about 25 hours to run through the main story and get credits to roll. However, with 400 Pokémon to catch and so many extra things to do on the side, players can easily spend dozens of more hours enjoying this game. I personally got lost for days chasing after Pokémon I hadn’t caught yet or participating in multiplayer Tera Raid Battles with my friends rather than going for the main plot, but even the main storylines are worth playing through.

Instead of solely giving players the goal of taking on the Gym Leaders and the Elite Four, Victory Road is just one of the three goals presented in Scarlet and Violet. Players are also tasked with seeking out a handful of massive Titan Pokémon in a second storyline, and then defeating teen-run Team Star bases in a third storyline. While players can technically go after these gyms, Titans, and Star bases in any order, each one is at a specific level of difficulty making it easier to advance through them in a specific order. It would have been better if these challenges scaled to players’ levels, but even so, being able to go anywhere and explore in any order is extremely fun.

There’s no getting around the games’ terrible performance, which is by far the absolute worst part of Scarlet and Violet. This is something that will be noticed, even by those who don’t usually pay attention to frame rate, glitches, object rendering, and load times.

Lag and frame rate issues struck from the start. When I was first able to control my character, she wouldn’t move until a second or two after I touched the joystick. Eventually, my character’s responses became less laggy, but the choppiness and delay continued to strike throughout my entire playthrough. I did a test and for me this lag is far worse in TV mode than in handheld mode, but it’s still very notable in both.

I expected the game to run even worse in multiplayer, but this wasn’t the case for me — surprisingly enough. I invited two other people to my game and ran around with them for hours and in that time the lag, glitching, and choppiness didn’t get better, but it also didn’t get worse. Of course, I was playing on my Switch OLED while it was docked to a TV. If you don’t already know, this Switch OLED dock has a LAN port, which the original Switch dock doesn’t have. So perhaps this provided me with a more stable internet connection than it would have otherwise.

Scarlet and Violet’s load times can take so long that things get frustrating or make me wonder if the game froze. For example, there were multiple times when the screen goes black after a cutscene and then takes forever to load the next sequence. There was even once during one of these long load times when my game crashed and I was forced to repeat a significant battle I had just finished.

Additionally, various items in each location suffer from pop-in where it’s very clear that textures or details don’t load right away or fail to load at all. These performance issues really distract from the adventure and can be incredibly frustrating depending on how bad they are.

The game also gets extremely glitchy from the get-go. It can be something simple like parts of the background don’t render completely or a non-playable character (NPC) doesn’t come together in a way that makes sense. Starting as early as my second or third Pokémon battle, I noticed that the ground just suddenly disappeared and I could see beneath it. This ended happening dozens of times. There was even a moment when I was taking part in a major plot point battle and an NPC’s face loaded in without eyeballs or a body and roamed around my Gyarados while I fought. Things like this happened throughout my entire adventure and distracted me from the game.

Pokémon Scarlet and Violet: Should you buy it?

Honestly, I absolutely loved playing Violet and find myself thinking of it often. However, it’s hard to recommend Scarlet and Violet due to the multitude of glitches, pop in renders, and the choppy frame rates they’re plagued with. If the performance issues are put aside, these are easily the best Pokémon games we’ve ever gotten due to the open-world exploration, long list of improvements, fascinating plot, and ability to take on multiple tasks that aren’t just battling gyms. The new auto-battling feature also makes these games far more approachable to new Pokémon fans since players don’t have to grind as much.

Even with the frustration, I experienced while playing Violet, I have to say that I love this game and had a blast playing it. If you’re a Pokémon fan, you really shouldn’t miss out on them. However, if lag and frame rate issues really bother you then stay clear. If in the future a patch releases that fixes Scarlet and Violet’s performance issues, I will recommend it without hesitation.

Pokémon Scarlet and Violet Legendaries: All 32 Ominous Stake locations and how to catch each Legendary Pokémon