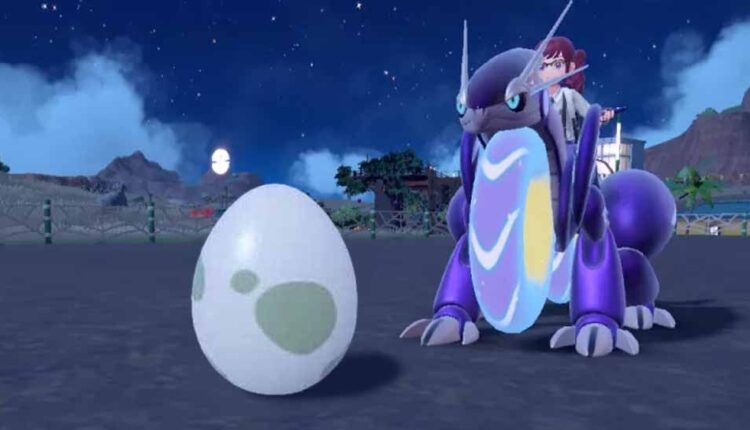 People breed Pokémon for different reasons — whether it’s for competitive play, as a means of getting shiny Pokémon, or to complete the Pokédex. In Pokémon Scarlet and Violet, a lot of conventional mechanics like traversal and progression have been fundamentally redesigned. Chief among them is breeding, which is much more easily accessible this time around. Here’s how to get the Pokémon Egg train rolling!

Where is the Pokémon Day Care?

Where’s the Day Care in Pokémon Scarlet and Violet? Simply put, there is none! For anyone who’s been searching for the Day Care run by the trusty elderly couple, you’re out of luck.

In fact, the breeding mechanic has been right under your nose this entire time! Players can create Eggs and breed Pokémon via the picnic mechanic in generation nine. Picnics can be used to hang out with your Pokémon, wash them, play with them, and are made available once you enroll in your game’s respective academy. You can access the picnic mechanic by pressing the X button and navigating the menu on the right while on a flat plane out in nature. Unfortunately, it’s not possible to picnic in towns or on steep slopes.

How to breed Pokémon

The steps you take to breeding are pretty easy. So easy, in fact, that you don’t have to do anything at all. Simply having two Pokémon in your party who can breed and going on a picnic gives you a chance of having an Egg show up.

Two Pokémon are eligible to breed if:

Please note that the Egg created by the pair will always be same as either the female Pokémon in a male-female pair, or whichever Pokémon is not Ditto in a Pokémon-Ditto pair.

The Egg will appear in the basket at the foot of the table, opposite to where the player stands when starting up a picnic. How much time needs to pass before an Egg is placed in there is not yet known, so we recommend checking in every so often. It should also be noted that it can take longer for some species to produce Eggs than others.

If multiple Pokémon in your party are in the same Egg Group, and more than one is a female Pokémon, the Egg that appears in the basket will be random. If you are looking to breed a specific Pokémon, make sure only the ones you’re interested in are in your party. The hatched Pokémon even have a chance of being a Shiny!

What are Egg Groups?

Egg Groups are the Pokémon world’s way of classifying Pokémon into different groups. Pokémon that are similar to each other biolgically are often in the same Egg Group, like Pokémon that resemble birds will often be in the “Flying” group.

Here are the Egg Groups that Pokémon are placed in:

Only Pokémon that share an Egg Group are compatible enough to breed, with the exception of Ditto, which can clone any Pokémon it comes into contact with, regardless of gender.

How to find Ditto

Ditto can be found in Areas Two and Three in the West Province, but can be tricky to find. True to its nature, Ditto will disguise itself as other Pokémon out in the wild. Check out our How to catch Ditto guide to learn how to obtain the lovable purple blob.

How to hatch Eggs

Once an Egg appears in the basket, players can take it with them once there’s less than six Pokémon in their party. Just move the Egg to an open team slot and then traverse the world to make it hatch.

In Pokémon Scarlet and Violet, players gain access to Koraidon and Miraidon early on in the game, which serve as a means of more efficient transportation. If you’ve got a few Eggs that need hatching, hop on your legendary lizard and ride around Paldea to take in the scenes.

Eggs will hatch when they’re ready, stopping you in your tracks when they’re all finished. Different Pokémon take a different number of steps for their Eggs to hatch, so don’t be surprised if some take longer than others. After a short cutscene, you’ll meet your brand-new baby!

How can I shorten my Egg hatching time?

If you’re in a rush to get your Eggs hatched, why not try eating a meal?

That’s right — eating specific sandwiches and other meals can grant you specific meal powers, including Egg Power. Having Egg Power active simply means that everything surrounding Eggs now happens more quickly: you’ll find Eggs in the basket faster, and fewer steps need to be taken to hatch an Egg.

It should be noted that the Egg Powers received from meals only boost the Egg Power for Eggs containing Pokémon of a specific type, so be sure to check the description before eating a meal! For more information on which Sandwiches grant Egg Powers, check out our sandwich guide.

How to pass on Egg Moves

Another reason to breed Pokémon is to build a competitive team. However, not all Pokémon can learn competitively viable moves by leveling up or through TMs.

That’s where breeding comes in! Parents can pass down Egg Moves to their offspring that they normally couldn’t learn on their own. Each Pokémon that can be obtained by breeding has a specific list of Egg Moves that they can learn from their parents.

Starting in Pokémon Scarlet and Violet, Egg Pokémon can learn Egg Moves from any Pokémon who are also on the picnic with them, so long as they hold a Mirror Herb. The Mirror Herb can be purchased from the Delibird Presents store in norther Cascarrafa. With enough trial and error, you could set up a team of Pokémon with moves that are bound to throw your opponents off-guard in battles.

Having a baby picnic

There are many uses for breeding mechanics in Pokémon Scarlet and Violet, which had the biggest overhaul ever seen in a Pokémon game. Thankfully, it’s super accessible in generation nine, and you can grind your Eggs from anywhere in the Paldean region, so it’s easier than ever to create your perfect team!