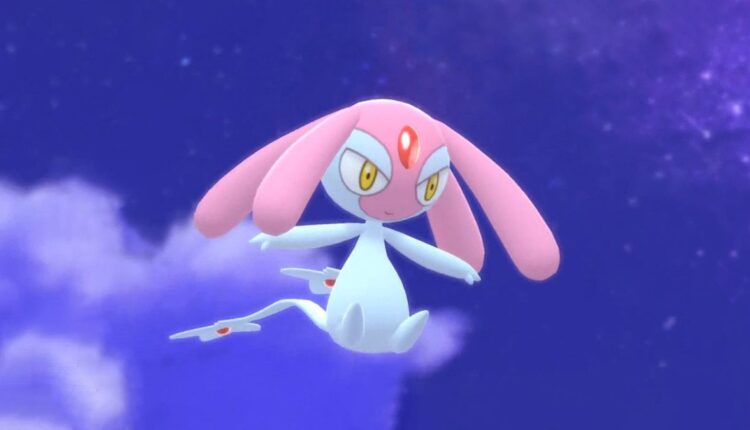 Pokémon Brilliant Diamond and Shining Pearl are two of our favorite Nintendo Switch games right now. They’re packed full of Pokémon to catch, train, and use to enter contests. Mesprit, Azelf, and Uxie are three of the legendary Pokémon within the game. As you play through the story, you’ll have a chance to battle and capture each of them.

Note: This guide contains spoilers for the ending of Brilliant Diamond and Shining Pearl.

How to catch Mesprit in BDSP

To catch any of the three Legendary lake guardians (Uxie, Azelf, and Mesprit) in Brilliant Diamond and Shining Pearl, you need to have played fairly deep into the game’s story. They’re core to the plot involving Dialga or Palkia, depending on which version of BDSP you have. You have to have defeated Team Galactic to catch Mesprit, Uxie, and Azelf.

1. Get Mesprit to show up on the map

Finding Mesprit is more complicated than the others and requires a few extra steps. But it wouldn’t really be a Pokémon game if the Legendary and Mythical Pokémon were easy to come by.

These steps will trigger a cutscene. You cannot capture Mesprit at this time but can now search for it in the wild.

2. Get the Marking Map

While you technically could run around the world randomly to find Mesprit, that could take an eternity. Fortunately, there’s a Pokétch app that simplifies tracking Mesprit.

The man with the stylish mustache is the president of the Pokétch company. He’ll give you the Memo Pad if you haven’t received it already and then give you the Marking Map Pokétch app.

3. Track Mesprit with the Marking Map

Now it’s time to track down Mesprit. It roams from route to route and moves every time you move between areas. Because of this, you can’t just see where it is and fly there. Instead, you’ll have to walk back and forth between two areas until Mesprit is in the same place as you. This isn’t difficult but can take some time.

You don’t have to go to a specific route to catch Mesprit, but we’ve found one location to be ideal.

Now you can alternate back and forth between the Valor Lakefront and route 214. Mesprit can appear on either of these routes, so keep going back and forth until the Pokétch app shows Mesprit in the same area as you.

Once Mesprit is in your area, run through the tall grass until you encounter it. You may run into a few other Pokémon first.

Mesprit will flee after the first turn of your encounter. This makes it tricky to catch. However, you can prevent Mesprit from escaping by using Mean Look, which is highly recommended.

You can now battle and capture Mesprit like any other Pokémon. Paralyzing Mesprit will raise your chances of catching it, as will lowering its HP.

How to catch Azelf in BDSP

Luckily, catching Azelf is much easier.

How to catch Uxie in BDSP

Catches around the world

You’ll feel incomplete if you only capture one or some of the Lake Guardians, so take the time to do what you need to to add Azelf, Uxie, and Mesprit to your Pokédex. Mesprit admittedly takes a lot longer than the other two, so that might take a few hours, but Uxie and Azelf are very straightforward.

Have fun exploring the Sinnoh region and capturing every single Pokémon that you can. If you’re lucky, you might even add some special shiny Pokémon to your list of BDSP catches.