Please, in 2024 could we elect a president who isn’t either out to lunch or addicted to chaos 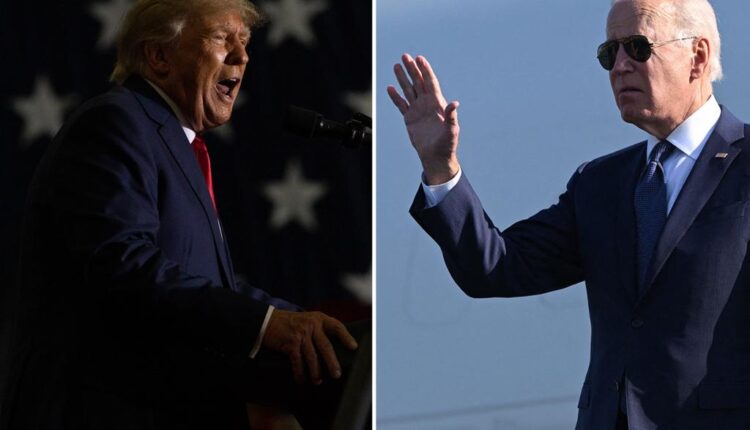 The stumbling and bumbling of the Biden White House — did Joe’s people really think that his fist-bumping the Saudi crown prince would make Mohammad bin Salman forget Joe Biden said he should be treated as a “pariah”? — is a rueful delight for Republicans of all stripes.

For those of us who had spent decades rolling our eyes at Biden’s logorrheic blathering, ludicrous tall tales about his childhood, and out-and-out plagiarism of the experiences of other people, all this provides a certain level of vindication.

And for Donald Trump’s most devout enthusiasts, Biden’s manifest incompetencies and possible cognitive infirmities should be enough to make their hero look as good to people who didn’t like or appreciate him as Trump always looked good to them.

Would that it were so easy for the non-Trumpy conservative to look at Biden and through his reflection see Trump anew and in a brighter light?

But the two recently published blockbuster accounts of Trump’s presidency are so chock-full of reasons to dread a second Trump term that, even if you acknowledge the liberal media cocoon in which they were composed and thereby write off some significant percentage of their impact due to their inherent bias, you have strong reason to say that a 2024 handoff from the current semi-senile old man to the former and thoroughly crazy old man would be a rotten deal for America.

Both Maggie Haberman’s “Confidence Man” and “The Divider” by Peter Baker and Susan B. Glasser offer page-by-page reminders of the utter chaos of the four years Trump served as president. It wasn’t just the mean tweets that characterized the White House, but the wild shifts in mood, tone, and constancy.

And, even more important, some of the policy paths Trump seemed to want to walk down that his administration somehow ended up avoiding — paths that might have plunged this country and the world into the kind of disasters now plaguing it in 2022.

Two in particular merit mention. One is Trump’s keening desire to pull all American forces out of Afghanistan.

This was a promise he had made during his 2016 campaign, and it was an idea he kept advancing in the councils of power inside his administration throughout his tenure.

But it didn’t happen, in large measure because distinguished foreign-policy officials he disliked and eventually fired, but whom he himself had appointed, could not honestly come up with a plan they could see ending in anything but a disaster. Trump himself acknowledged as much in 2017 when he first moved off of the “get the troops out” line. “My original instinct was to pull out, and historically I like following my instincts. But all my life I’ve heard that decisions are much different when you sit behind the desk in the Oval Office.”

Even though he said it, he kept returning to it. Indeed, national security council chiefs H.R. McMaster and John Bolton pretty much lost their jobs because of his unhappiness with them about this, while his second secretary of state, Mike Pompeo, retained his job in part because he began to work on negotiations with the Taliban.

We can now see how these gatekeepers saved Trump from himself. Biden’s 2021 pullout of Afghanistan was not only catastrophic at the time, but arguably gave Vladimir Putin the idea that America and NATO had grown too gun-shy not to accede to his efforts to swallow up Ukraine. Continued deterrence of the Taliban in Afghanistan might have been exactly the thing to give Putin pause before he began his wild, barbaric and frightening adventure.

Now imagine Trump had achieved another desired goal — pulling American troops from South Korea, a story told both by John Bolton in his memoir and former Defense Secretary Mark Esper in his. The nominal reason for such a move was Trump’s anger that South Korea supposedly wasn’t paying its fair share to help support the American presence there.

This would have been Afghanistan on stilts. An American pullback from the Korean Peninsula and East Asia with China on the military rise and Kim Jong-un exchanging passionate billets-doux with Trump? It’s almost impossible to imagine the destabilizing impact of that move.

The kinds of voices around the table in Trump’s administration that helped keep the chaos at bay around the world — and engaged the animal cunning of a president who was instinctively able to pull himself back from the brink at key moments — would likely be entirely absent from a Trump 2 Situation Room.

And what about Trump’s triumphs? Well, from the four books written by insiders about the Abraham Accords, what one learns is that Trump’s relative disengagement from the process is what allowed it to flourish.

Perhaps there could be similar types of the policy pursued during a second Trump administration, but from the behavior of the former president after his defeat in November 2020, it seems more likely we would have the foreign-policy equivalents of Sidney “Release the Kraken” Powell and Mike “My Pillow” Lindell — yes-man lunatics with a taste for extremism and semi-apocalyptic measures.

Here’s an idea: Maybe, in 2024, we could elect someone under the age of 75 who isn’t either permanently out to lunch or permanently addicted to chaos.