Pete Davidson allegedly had ‘his hands all over’ Emily Ratajkowski during Brooklyn date: Report – Socialite Life 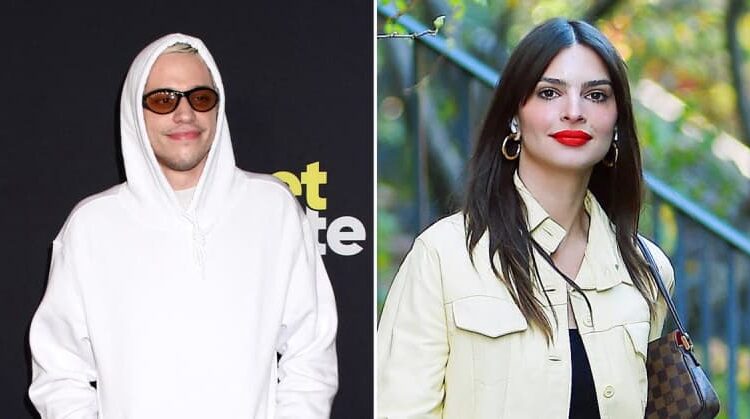 Did Howard Stern manifest this? Two months after the famed disc jockey suggested ladies’ man Pete Davidson should work his charm on the newly single Emily Ratajkowski, the two were allegedly spotted on a date!

Over the weekend, a tipster told gossip outlet DeuxMoi that they witnessed the pair packing on the PDA in Brooklyn.

According to the onlooker, the two seemed to be “on a date” and were “holding hands.” The spy added that the Saturday Night Live alum, 28, had “his hands allll over her … they’re clearly hooking up.”

Neither of the stars have commented on the speculation, but asOK! previously shared, radio star Stern said he thinks the two would make a great couple after their recent respective breakups (the model, 31, is divorcing Sebastian Bear-McClard while the comedian and Kim Kardashian split in August.)

“[I] was thinking Pete Davidson could go out with Emily Ratajkowski. That beauty. … That would be a good matchup there,” he said on the September 12 episode of his SiriusXM show. “This guy, he’s unbelievable with the ladies. The dude’s a funny dude. He’s successful. He’s a good-looking guy, got a nice physique.”

Even more telling, the mom-of-one herself has admitted that Davidson seems like a total catch.

“He’s a professional. Pete — he’s got the height. Obviously, women find him very attractive. Guys are like, ‘Wow. What’s that guy got?’ And I’m like, he seems super charming. He’s vulnerable. He’s lovely,” the My Body author spilled last year on an episode of Late Night with Seth Meyers. “His fingernail polish is awesome. He looks good! He’s great! Good relationship with his mother. We love it.”

Amid the rumors, Ratajkowski has been linked to NYC-based DJ Orazio Rispo. Photos from last month showed the two locking lips, but before that, insiders spilled she and Brad Pitt had been casually seeing each other.

Davidson hasn’t been seen with anyone since he split from Kardashian, and sources debunked rumors they had a secret reunion.