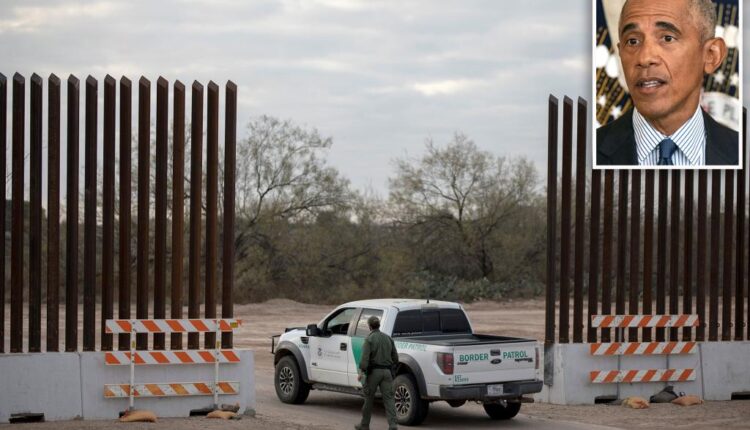 With the midterms on the horizon and President Joe Biden’s dismal approval numbers causing alarm within the Democratic Party, former President Barack Obama is playing the race card trying to shift the narrative from Biden’s failed leadership to falsely insinuating that Republicans are “racists” for opposing mass illegal immigration.

On Sunday at the L’Attitude conference, an event for Latino business professionals in San Diego, Obama said, “Right now, the biggest fuel behind the Republican agenda is related to immigration and the fear that somehow America’s character is going to be changed if, people of darker shades, there are too many of them here,” according to The San Diego Union-Tribune.

Huh? Has Obama forgotten that when he and his former Vice President Joe Biden occupied the White House, their administration deported millions of illegal immigrants, earning him the moniker “deporter-in-chief”?

“For a Democrat, Obama took a fairly tough stance, particularly early in his presidency, toward undocumented immigrants,” Newsweek said in 2017. “From 2009 to 2016, his administration oversaw the forcible removal of more than 3 million undocumented immigrants — most of whom were sent back to Mexico. Neither Bill Clinton, nor George W. Bush, Obama’s two predecessors, came close in reaching his tally over their two terms.”

Now, in Obama’s defense, some of those counted in deportation tallies while he was president were due in part to a redefinition as to how Immigration and Customs Enforcement recorded the statistic, particularly when it came to including “voluntary returns,” otherwise known as “catch and release.”

But even without that change in definition, which one could argue would have lowered the overall deportation tally, it was still very high and a “big mistake,” as Biden conceded during a 2020 interview with Univision host Jorge Ramos. “We took far too long to get it right,” Biden said. “I think it was a big mistake. Took too long to get it right.”

And Obama’s “deporter-in-chief” nickname didn’t come from a right-wing group; it came from immigration activists who were upset the Obama-Biden administration deported hundreds of thousands of undocumented immigrants who didn’t have criminal records.

“In March 2014, Janet Murguia, president of the National Council on La Raza, a Latino advocacy group, called Obama ‘the deporter-in-chief.’ It was a criticism that activists leveled at Obama throughout his presidency,” according to Newsweek.

In more recent times, we didn’t hear a peep from the 44th president when 50 Venezuelan migrants arrived at Martha’s Vineyard this month, where he owns a $11.75 million manse. Instead of welcoming the Hispanic migrants, liberal elites at the wealthy enclave called in the Massachusetts National Guard and quickly transported them off the island to a military base on mainland Massachusetts without any known resistance from the Vineyard’s most famous homeowner.

Why didn’t Obama use his power and enormous influence to help those migrants find housing and jobs on the exclusive island occupied by mostly rich white liberals? That would’ve made his vacation spot more diverse!

That said, when it comes to mass illegal immigration, it’s certainly not “racist” to oppose millions of unknown and unvetted individuals — from any country — violating US immigration laws. Border security is national security, as all sovereign nations, including the United States, must know who is coming into one’s country, why they are entering and, most importantly, whether any of the illegal migrants pose a public-safety threat.

If that’s not alarming enough, a record 78 suspected terrorists on terror watch lists were apprehended at ports of entry this fiscal year attempting to infiltrate our country under Sleepy Joe.

What could possibly go wrong?

It’s also not “racist” for any American to be against Mexican drug cartels who’ve murdered over 100,000 Americans with fentanyl streaming into our communities via the porous southern border. And no, it’s not wrong to oppose the despicable human trafficking taking place or staggering influx of an estimated 267,000 unaccompanied minors who’ve entered the US so far on Biden’s watch.

Where are these vulnerable children going? Who is caring for them? And how many will be abused, sex-trafficked or killed?

So, contrary to what Obama says, being concerned about these terrifying real-world scenarios isn’t “racist”; it’s compassionate to not want any human to suffer such horrors.

Bottom line: Border security isn’t “racist,” nor is following US Immigration laws. What’s wrong is those who play the race card and sow divisions to advance a political agenda.