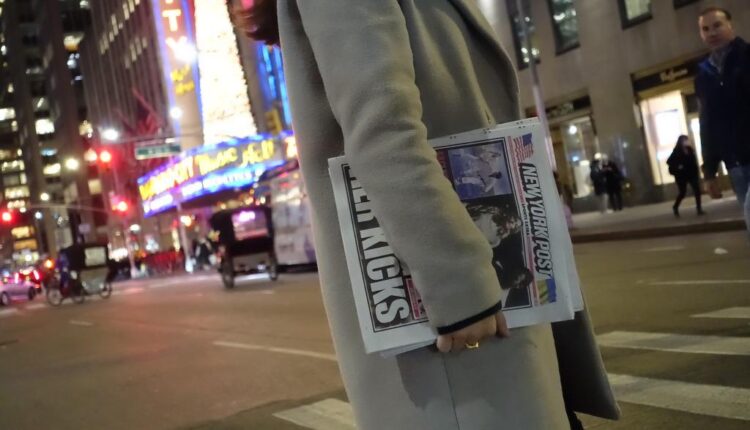 The USA’s oldest continuously published newspaper. Today is the New York Post’s 221st birthday. Founded Nov. 16, 1801, by Alexander Hamilton. So fie on infidels who wish us ill. Let’s don’t let nobody knock the NYPost — certainly NOT some unknown Saran Wrap called Semafor (SemaBore?), an infant handout which just knocked us.

We — the New York Post — are one of the USA’s largest digital brands. We love New York so much we’d like New Yorkers to be safe when riding the subway. And your Saran Wrap pees that we focus too much on NYC crime?

We also know your whoevers held quickie jobs in the assorted Politico, Daily Beast, Business Insider and BuzzFeed. One of you only became famous for knowingly publishing a completely fake dossier on D. Trump for a click. Great. Keep the references. Good to hand our editor-in-chief for your next interview. Don’t be hopeful!

Now, to our editor-in-chief. I defend him despite his not sanctioning the raise civilization knows I deserve. You knock him as a Brit-born immigrant who apparently phones it in from London. The man appreciates his birth country but he’s mad about New York. Loves loves New York. He’s eaten in every restaurant this side of Guam. Schlepped his family to see Bear Mountain which not even a bear’s visited since the Ice Age. Fie on cricket and rugby, he’s a Yankee Stadium regular.

The Post even endorsed the mayor, whom I consider a temp and whose name I have temporarily forgotten. Be grateful to The Post for that, they did it out of love for the city. If they left it to me, which they won’t, I would see that his disappearance was permanent.

Listen, see the giant newspaper piles each morning. See them still there at night with the whole New York Post stack gone. Florida? They’re reading us in the hurricane. California? With their morning pills comes the New York Post.

Land of the free

One thing Saran Wrap got right is that our newspaper has turned from popcorn into a national political force. The New York Post nearly doubled its profits in 2022. This influential voice grabbed 198 million users in June 2022 compared to 123 mil the previous year.

So to this new Saran Wrap thing that knocked us? Relax. Calm down. We know the game is Hit the Biggest Greenhouse.

We know who you are. We know who fed the information. We know some of you may weasel back to try and sign on here.