Octopath Traveler 2: Release date, characters, and everything you need to know 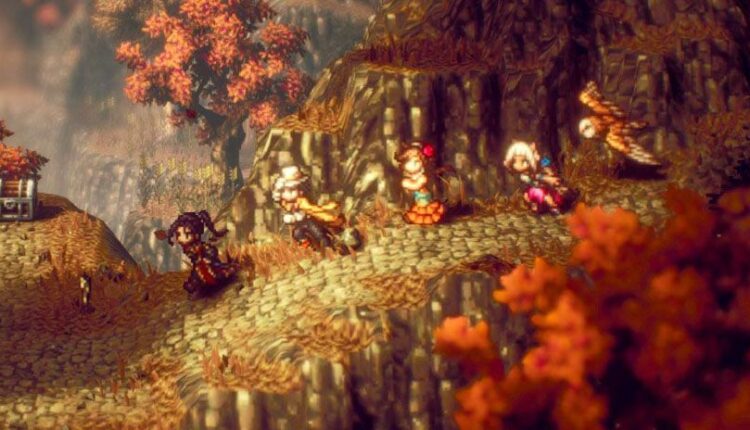 Square Enix’s Octopath Traveler kicked off the beautiful HD-2D art style that has become so common with the gaming company’s retro-style JRPGs. Now that game’s legacy continues with the sequel that once more follows eight different characters as they make their way in the world and forge their own paths. Each character has different skills at their disposal and it looks like several improvements have been added over the original game. We can’t wait to play.

Octopath Traveler 2: Do you need to play the first game?

No, you don’t need to play the first game. Although Octopath Traveler 2 follows the same basic idea of following eight different travelers, all of main characters in the sequel are new. You can dive right into this second game and just enjoy the world and storylines it introduces you to.

Of course, the first game is an absolute classic and is readily available on Nintendo Switch. In fact, many people consider it to be one of the best Switch games out there. So, it wouldn’t be a bad idea to play through it if you feel up to it.

Since you follow eight different characters, the plot line changes depending on which character you’re playing as. As Square Enix’s official page says, “[it] is set in the world of Solistia – a vibrant setting that’s comprised of Eastern and Western continents divided by the sea.” Square Enix goes on to explain, “It’s a time of trade and industrial revolution – large vessels navigate busy sea routes, and the power of steam has given birth to new technologies. Some people live in luxury, cheering to the glamorous stars of the stage. Others struggle each day, brought to tears by war, plague and poverty.”

An industrial revolution where there’s a huge divide in the classes gives each character’s story plenty of ways to go. Since some characters come from different nations, there will be cultural aspects between countries to discover as well.

As before, players have the ability to travel around overworld locations and explore while looking for hidden secrets. Then when they meet a foe, the game switches over to turn-based combat and you’ll need to use your skills and gear to come out victorious. What makes the game so compelling is that some of the decisions you make have lasting consequences and different options are available to you at different times of the day, thanks to Solistia’s “full day / night cycle.”

Like the original game, this sequel features the same eight classes of characters. However, considering that there were also a handful of secret jobs in the first game, it won’t be surprising to learn there are also secret classes in Octopath Traveler 2. Here are all of the classes and characters we know of so far.

Square Enix has already revealed that every character in Octopath Traveler 2 has two Path Actions they can use — “one during the day, and one at night” — so even more options are available to you.

As Square Enix has explained, “as the warrior Hikari, you can challenge people in towns to a duel during daytime, and potentially learn new skills. But at night, you can bribe residents, splashing the cash to uncover hidden items or learn secrets about people.” You’ll have to see where your choices take you as you play as each of the eight characters in Octopath Traveler 2.

It’s unclear at present how many different endings the game offers. However, the original Octopath Traveler had eight endings — one for each of the main characters — as well as a true path/ending that only revealed itself once you played through every character. It’s very possible that there will be even more ending in this sequel. We’ll keep an eye out and will update when we learn more.

Octopath Traveler uses the same Break and Boost system that existed in the original game. This is turn-based strategic combat that allows you to earn Boost Points (BP) as you fight. Then when you acquire enough BP, you can use it to make yourself more powerful by doing things like making your healing abilities stronger, increasing the amount of damage you inflict, prolonging support effects, strengthening your defense, and more.

Battles can be challenging, so you’ll need to come at them with a tactical mind. Think of each boss like a fighting puzzle that you need to solve. You’ll need to use the right moves and the right attacks in order to efficiently dispatch your foes.

This highly-anticipated sequel is set to release on February 24, 2023. In an interview with Famitsu that took place in September, the developers revealed that the game was about 90% complete already (thanks, NintendoLife). So it’s looking very likely that it will be able to hit its expected launch date.

We cannot wait to see what these eight new characters are like and where their stories lead. There are likely to be several improvements over the previous game and we hope to see some tightened battle system changes. The first game was such a revered classic that offered plenty of variety, we expect the same from Octopath Traveler 2.

If you can’t wait to get ahold of this next game, you might want to play through the original. Whether you’ve already done so once or haven’t had the chance yet, it will entertain you and help you get even more prepared for this sequel.