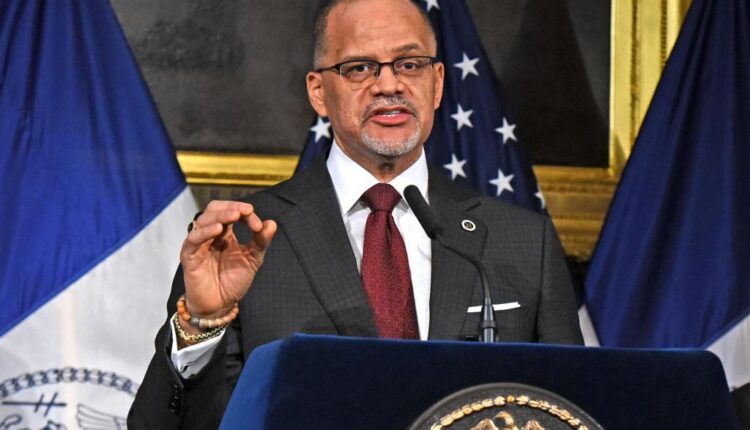 Kudos to Schools Chancellor David Banks for telling kids and parents: “We do believe in high standards.” Good grades and hard work will matter again under the city’s new high school admission process. Too bad he didn’t go far enough.

Last year’s top tier included 60% of 8th-graders; the resulting lottery then placed far too many kids in schools that didn’t match their abilities — condemning far too many high achievers to schools that can’t challenge them.

But one holdover from the de Blasio war on excellence remains: Schools can’t use scores on state proficiency exams as one criterion for admissions. Why not, Mr. Chancellor?

We have no problem with boosting “access to communities who have historically been locked out of screened schools,” as Banks says his system does — provided it has safeguards against wholesale grade inflation at the middle-school level.

That is, as is the new system penalizes kids whose middle schools set higher expectations. If he’s serious about excellence, Banks needs to give selective schools some way to address such issues. Otherwise, he’s still guaranteeing grim cases of mismatch.

But at least this streamlined admissions process is simple and easy to understand, with faster timelines for open houses, applications, and admission offers. It also extends the wait-lists period into mid-September to ensure that any open seats get filled by students desiring to enroll.

The plan also ends the de Blasio ban on screened middle-school admissions: It’s up to the superintendents of each of the city’s 32 school districts to work with middle-school leaders and the community to devise admission criteria for such programs. Parents can at least hope that, for example, a performing-arts middle school can screen for performing-arts aptitude.

The last mayor sabotaged educational excellence on his way out the door. Now the new chancellor has taken one step back toward true fairness. Just take one more, sir, and you’ll have it right.